To combat the damage, Arkansas Baptist Disaster Relief volunteers have been out helping residents in some of the hardest-hit places. 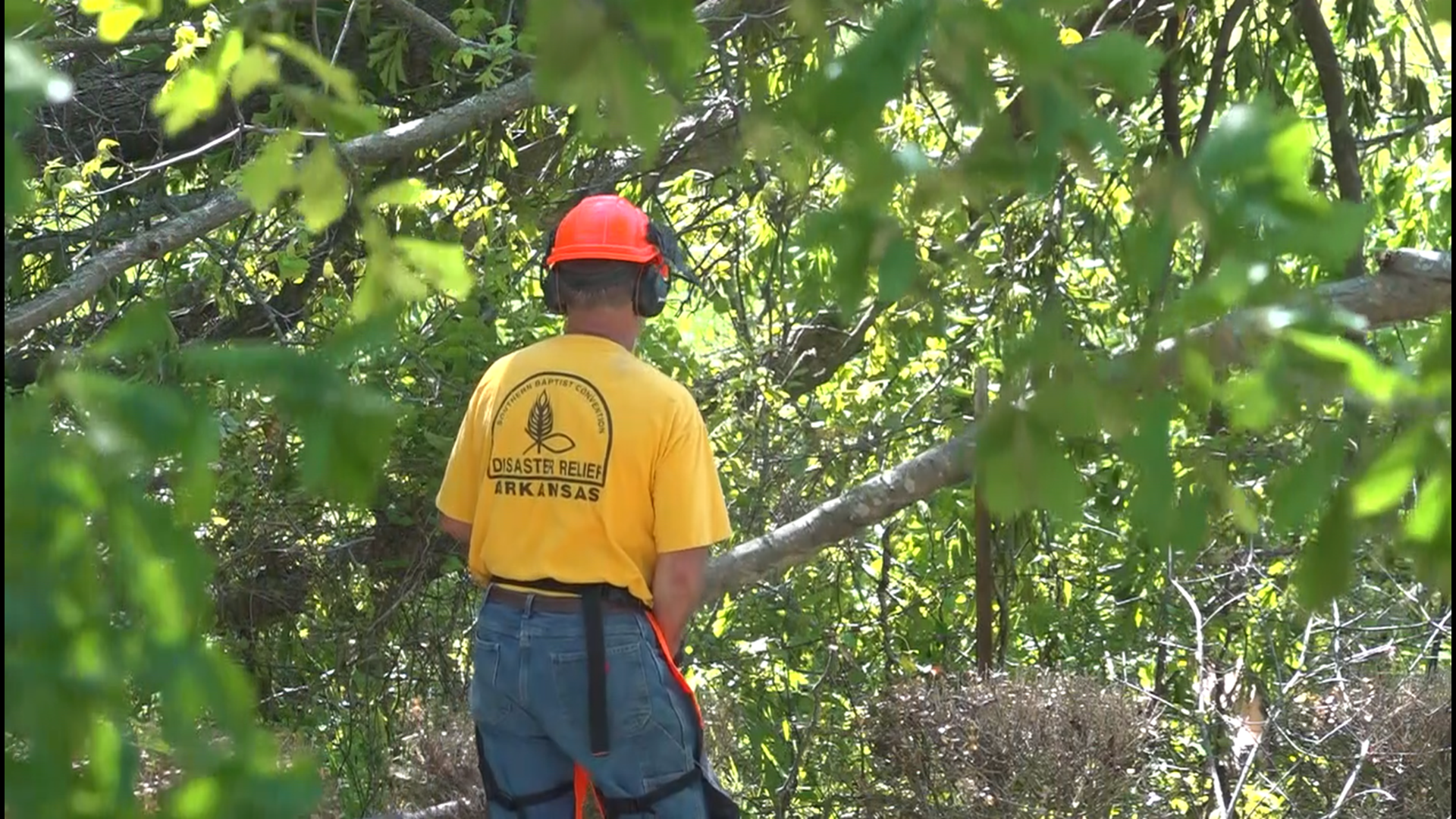 ALMA, Ark. — The River Valley is still cleaning up from Monday night’s storms which produced tornadoes. Many residents are dealing with uprooted trees on top of homes damaging roofs. In addition to multiple broken tree branches and downed power lines.

To combat the damage, Arkansas Baptist Disaster Relief volunteers have been out helping residents in some of the hardest-hit places such as Fort Smith, Alma and Van Buren with mental, physical and spiritual needs.

“We’re here to help, and hopefully, we’re doing what God wants us to do,” said David Hudson, volunteer with the Arkansas Baptist Disaster Relief.

“If there’s any way that we can bring hope and encouragement to people, that’s what we want to do,” said Arkansas Baptist Disaster Relief Incident Commander Ted Darling.

The group works with trained and certified volunteers to remove and cut trees.

“Everybody’s very thankful. They’re very appreciative of what we’re doing and that we’re here to help them,” Hudson said, whether that be with food and water or even free counseling.

“People go through this kind of trauma, and it’s very exasperating to them. Emotionally it may even be similar to death,” said Darling explaining why the group helps during natural disasters.

So far, the group has helped over 15 people in Alma clean up from the storm. Darling said they hope to help over a hundred people within the next two weeks.  He also thanked his volunteers for their hard work. Saying, none of this would be possible without his volunteers.

“They make such sacrifice as they take their vacation time to come work,” Darling said.

Arkansas Baptist Disaster Relief volunteers saying they don’t mind. They do it to help people.

“It’s a great feeling. You work hard, and you know, you feel really good about it,” Hudson said.

To receive help from the organization, you can call 501-563-0863 or visit Alma First Baptist Church off North Mountain Grove and I-40.

RELATED: "God was with us," neighbors start to repair storm damage in Van Buren