Alma cancels Friday's football game against Morrilton due to COVID-19

Head coach Rusty Bush said 50% of the roster is unavailable for Friday's game. 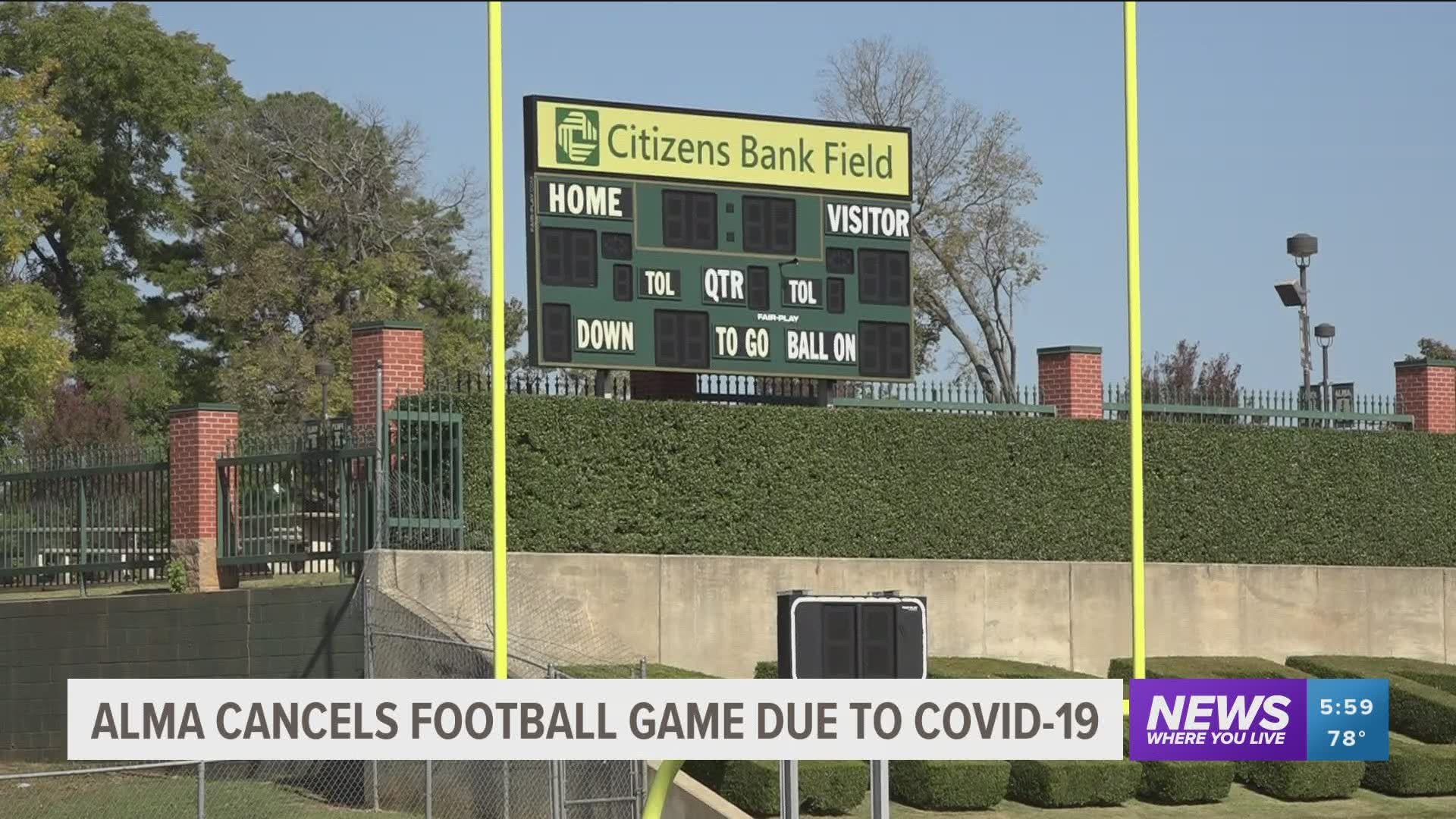 ALMA, Ark. — Alma High School has canceled Friday's (Oct. 16) football game against Morrilton due to multiple student-athletes being COVID-19 positive or in quarantine.

"The number one concern is always the health and safety of our students," Doug Loughridge, Alma Athletic Director, said. "With so many players unavailable this Friday due to COVID-19, we are faced with a number of players being put in a position where their safety as a football player is at great risk. We would have several players having to play a position that they are not familiar with, and several players that are younger and going up against larger more experienced players on the opposing team. This is a safety issue we are not comfortable with."

The game will be considered a 'no contest' and will not be rescheduled.

"As much as we would like to play the game, we will always consider the safety of our student/athletes first," Alma football coach Rusty Bush said. "Almost 50% of our roster is unavailable. This shortage has hit especially hard with certain units. We have a few players out with injuries, but most of it is students that are quarantined because of the pandemic."

If you have already purchased a ticket for the game, you are encouraged to reach out to Alma High School for a refund.

Superintendent, David Woolly says there are a total of 3,300 students in the school district and right now they have a little more than 100 students who are either positive for the virus or in quarantine. He says in the last 10 to 15 days they’ve seen an increase in cases.

“We felt really good about where we were the first month or so of school and wondered why we were being so fortunate, but now it looks like it’s starting to catch up and we are starting to have the kind of case counts that a lot of other places have,” Woolly said.

Woolly says to their knowledge very few of these cases are happening at school.

“It’s people becoming infected because of their connections with people away from school but of course they are in close contact with their classmates and other people at school which cases them to have to quarantine,” he said.