The Fort Smith Board of Directors is meeting Tuesday (Sept. 8) night to review a revised version of the naming policy for buildings and facilities in the city. 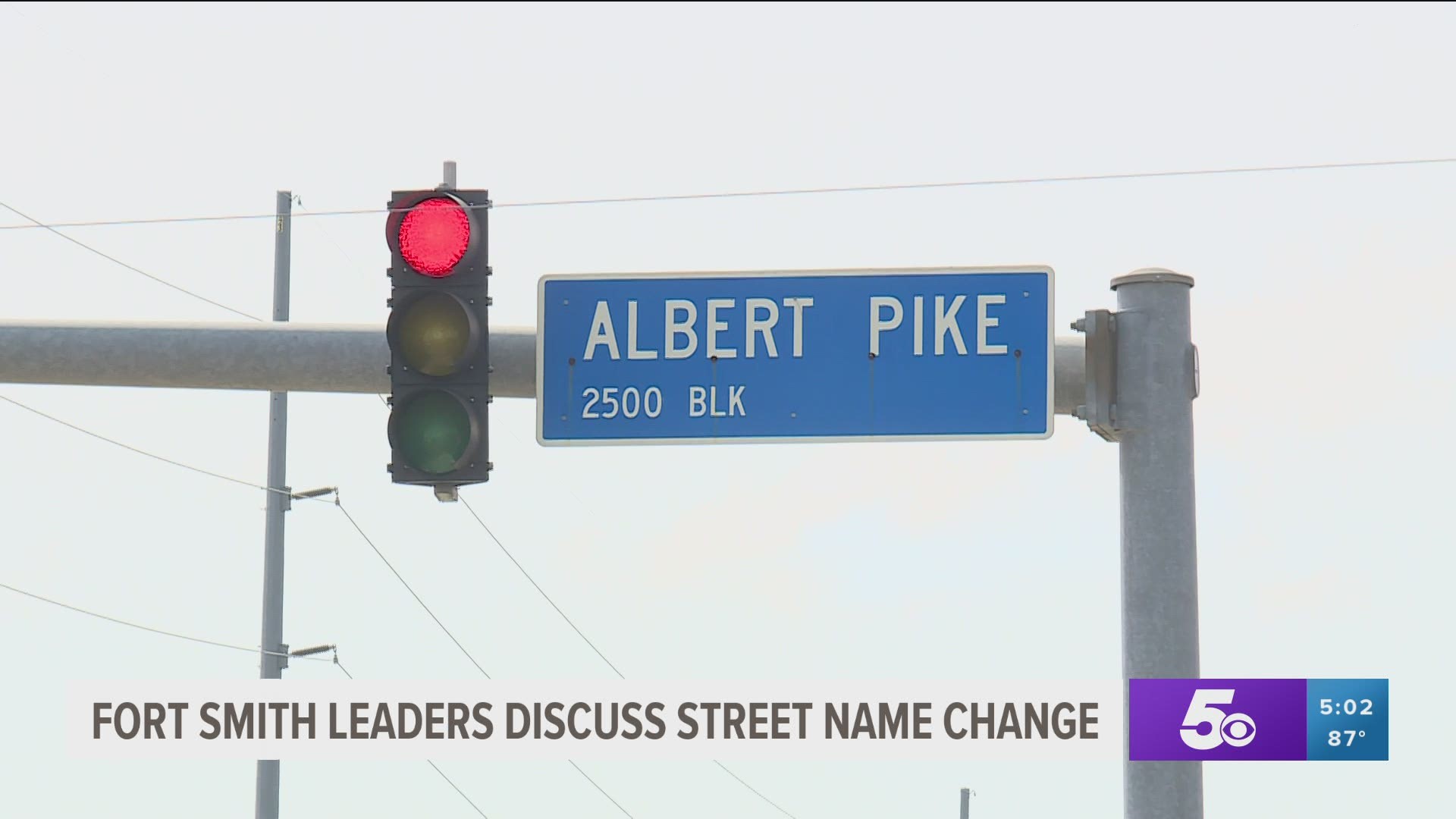 FORT SMITH, Ark. — Albert Pike Avenue in Fort Smith was named after a Confederate general, and now city leaders are discussing changing it to something else.

The Fort Smith Board of Directors is meeting Tuesday (Sept. 8) night to review a revised version of the naming policy for buildings and facilities in the city. In August, during a board of directors study session, City Director André Good asked that the board begin looking at the process, impact, and other factors involved in renaming Albert Pike Avenue.

Good says that timing was the biggest reason why he requested the board discuss the revised policy.

The Fort Smith School Board resolution states that Albert Pike settled in Fort Smith in 1833 and taught school while he studied law. He opened a law practice in 1834. Pike later went on to serve as a general in the Confederate Army. He joined a petition in 1858 to "expel all free blacks from the State of Arkansas."

Caroline Speir, the executive director for the Fort Smith Museum of History, says Pike was a controversial figure back in his time as well.

"The schoolhouse that's on the courthouse property was Pikes. Although that's not the original location," Speir told 5NEWS. "He went on to become very involved in politics, and because of that, he had a lot of supports and had a lot of non-supporters."

No decision will be made Tuesday during the Fort Smith Board of Directors on changing the name of Albert Pike Avenue. A policy vote about changing street names and buildings will take place on Oct. 6.