At Keytronic in Fayetteville, they can't make air purifying systems fast enough. Just in March, they had two employees, and now they have 50. 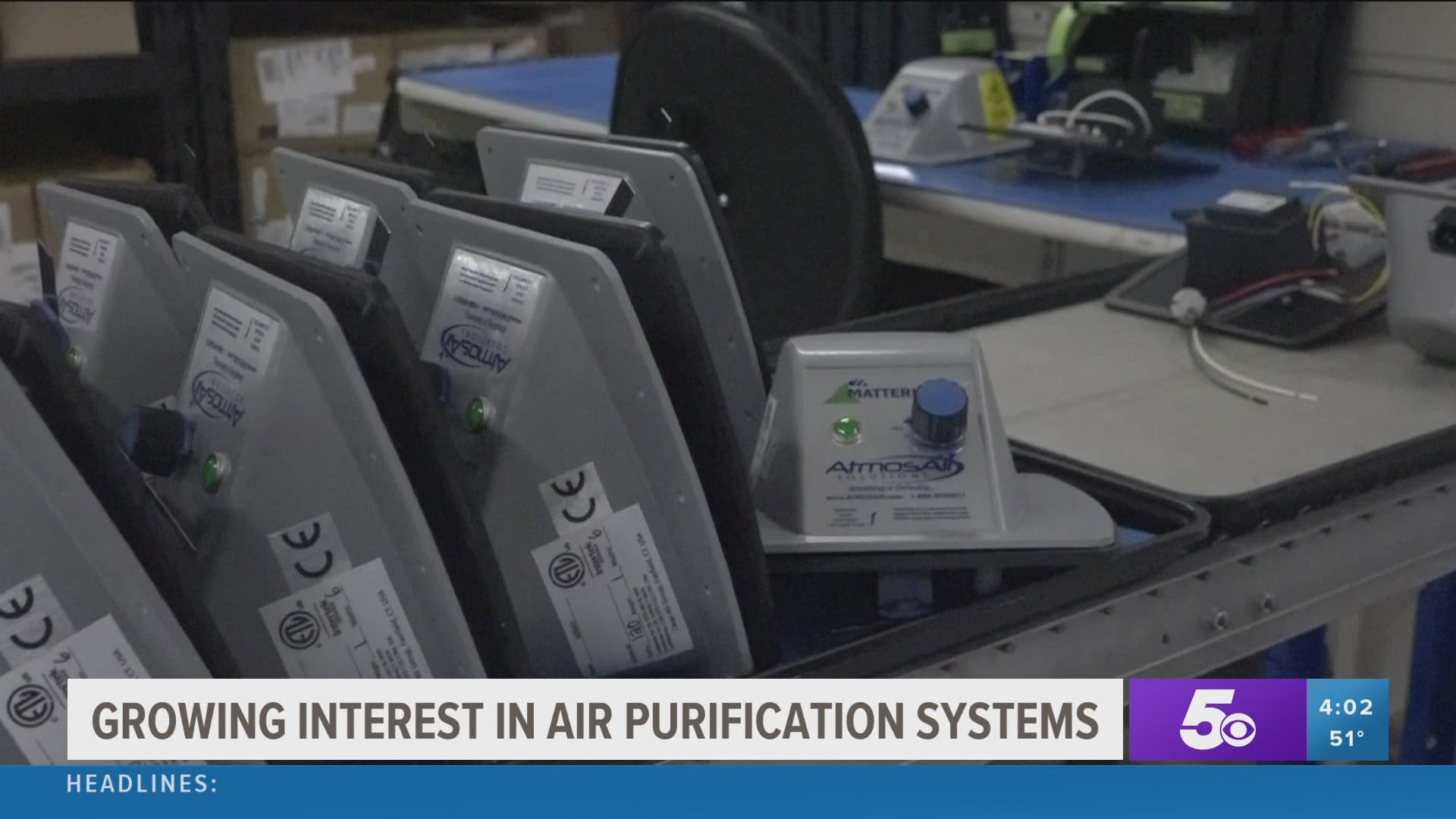 FAYETTEVILLE, Ark. — During the COVID-19 pandemic, businesses all across the country have begun installing air purification systems to help fight the spread of the virus. It's becoming the new normal, and a business out of Northwest Arkansas helps the country by producing them.

At Keytronic in Fayetteville, they can't make air purifying systems fast enough. Just in March, they had two employees, and now they have 50 and are looking to hire more.

Keytronic is making air-purifying systems they say can help kill COVID-19 indoors. And in the last year, AtmosAir Solutions COO Sam Gumins says many people began to look at their product differently.

“Over the last 15 to 17 years, we’ve had a lot of people say air quality is a luxury, and now they realize it’s a necessity,” Gumins told 5NEWS.

According to Gumins, air purifiers can eliminate anything from bacteria to viruses and air particles. Because of this, Dave Reves, VP and General Manager of Keytronic, told 5NEWS he and his employees take pride in assembling the machines.

Gumins believes as the pandemic continues, air purifiers will become more common as they help fight the spread of COVID-19.

“I think that there has been a spotlight shown on the importance of indoor air quality, and I don’t think that’s going to go away," Gumins said. "I think people are going to realize that the air inside the building is important, so I don’t think it’s gonna go away. I think that there’s a craziness now as we're trying to deal with this new norm, but I think the importance of indoor air quality is going to continue for years to come."

Keytronic is just one example of a business actually expanding during the pandemic. Air purifiers are in such high demand they went from making 10 machines a week in March to now making 1,700 a week.