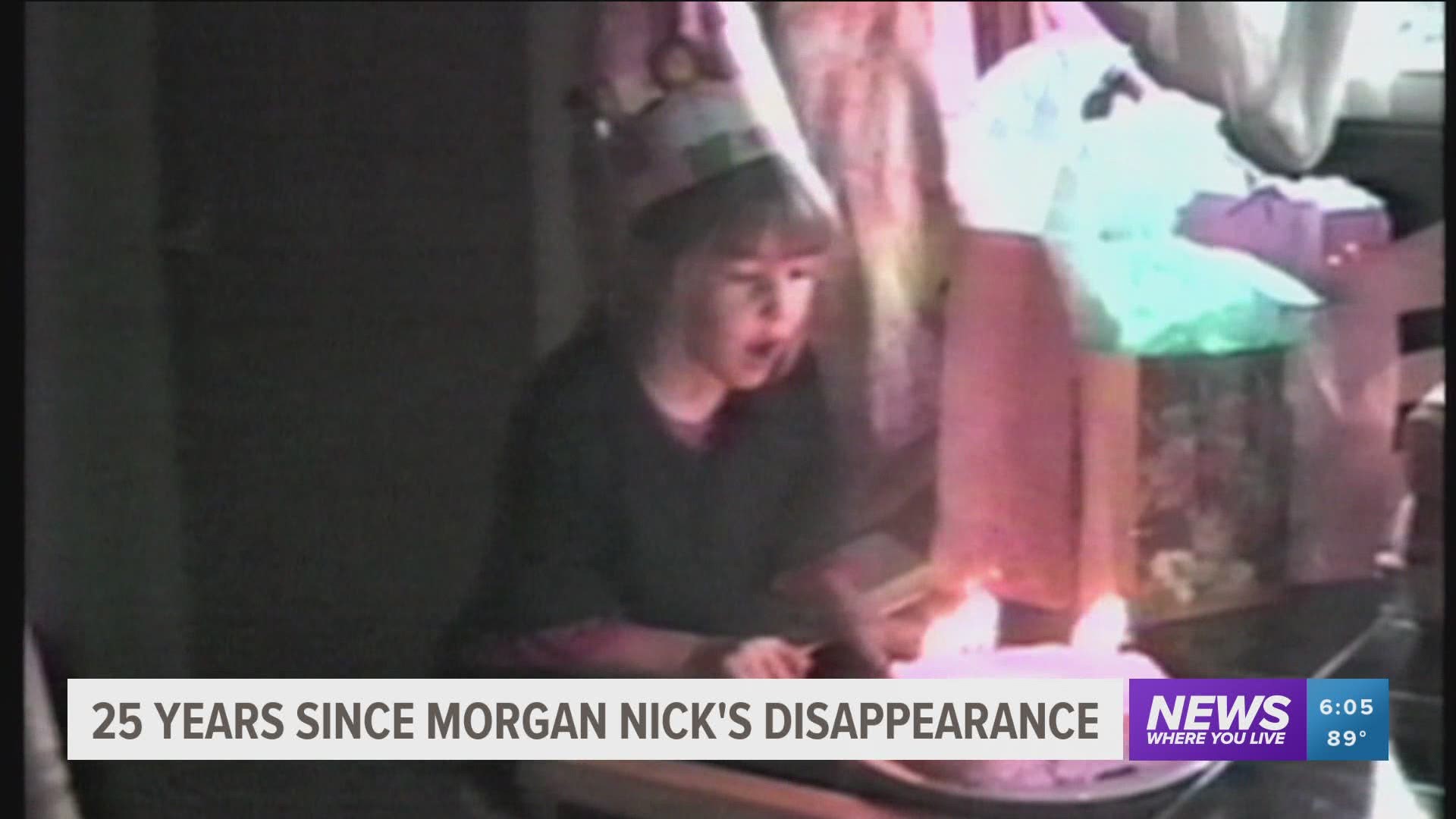 The National Center for Missing & Exploited Children has released a new age-progression image of what Morgan might look like today, at age 31.

“It was never a thought in my head that Morgan would still be missing for 25 years,” said Colleen Nick, Morgan’s mother. “Someone knows the truth.”

“Even after many, many years, we know that missing children can be found,” said Angeline Hartmann, Director of Communications at the National Center. “We've seen it happen many times. In Morgan's case, the answers are out there. She is out there. It just takes one person to bring home a missing child."

The National Center for Missing & Exploited Children has also released this new video about Morgan:

On June 9, 1995, 6-year-old Morgan Nick was attending a little league baseball game in Alma, Arkansas with her family.

Morgan was playing just yards away from her mother Colleen in the stands.

Within minutes, someone abducted Morgan.

Her case remains unsolved and the investigation is still active today, 25 years later.

At the time of her disappearance, Morgan was 4’0, 55 lbs, wearing a green Girl Scout Shirt, blue denim shorts, and white tennis shoes. She has blonde hair and blue eyes.

A documentary is being made about Morgan's disappearance titled "Still Missing Morgan."

“It was a story that had touched me as a kid. Morgan and I are very close in age and I remember as a kid the story of what happened to her,” said film director Devon Parks.

Parks says they began filming the documentary around the 24th anniversary of Morgan's abduction last year. The 5-part documentary series tells what the family has gone through in 25 years and the different types of leads and technology that have been used in the case.

“Coming into the case we’re able to take a look back into history of this case and tell different milestones that most people have never heard of that are truly fascinating and breathtaking in some ways,” Parks said.

Parks says they will wrap up filming in a few months and hope to have it available to stream this fall. He says they aren’t announcing yet where you will be able to stream it from.

Parks says their hope is that viewers will actually engage at a level that they may realize they may be able to help in the case.

“They may have a piece of information that after 25 years, that law enforcement has assembled a puzzle and they are missing one piece of that and we hope it engaged viewers in a way that documentaries tend to engage but in an unprecedented way,” he said.