If you're ready for a cute and cuddly companion Xena, Boom Boom Pow and Minnie want to be on your lap. 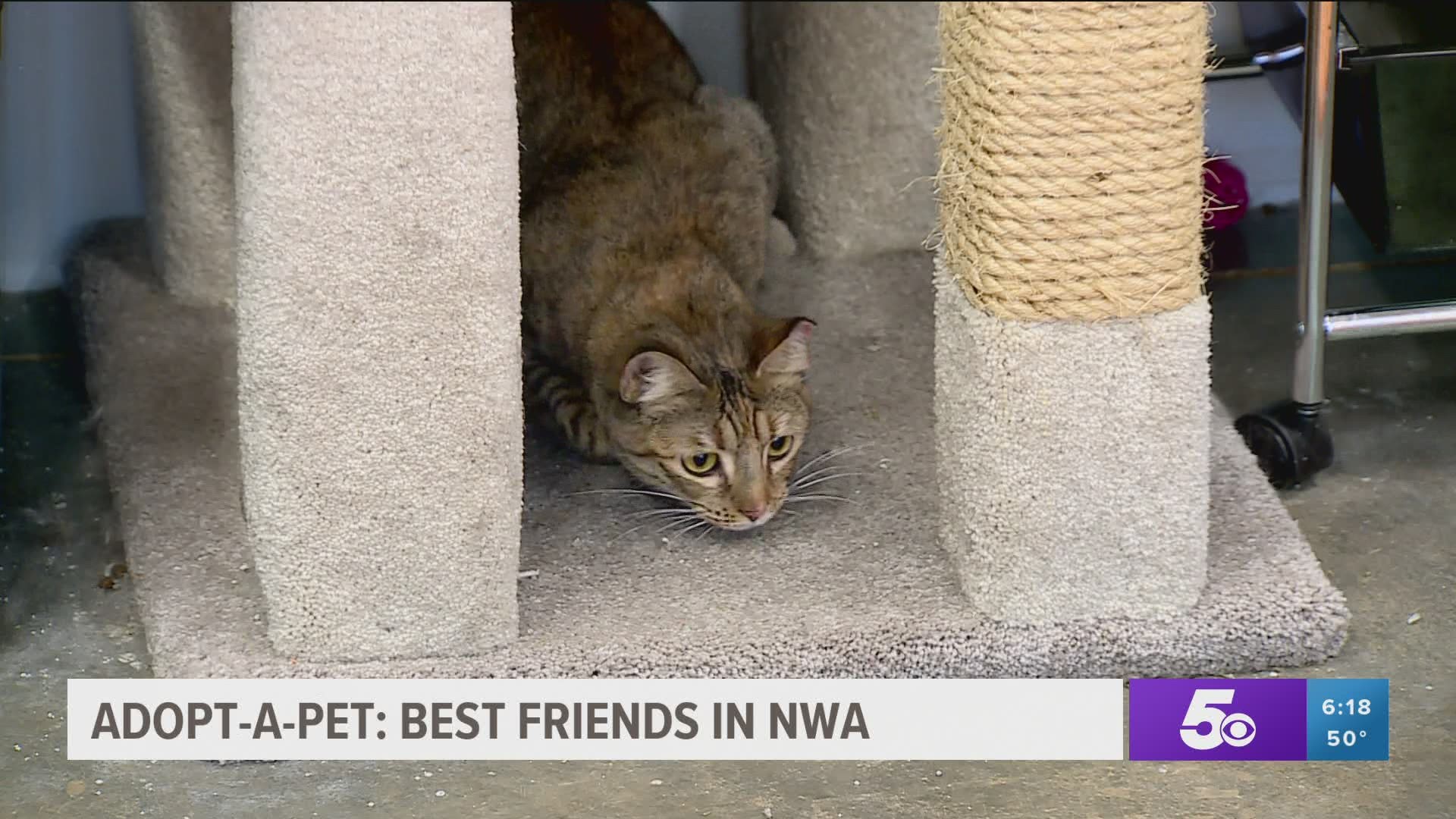 ROGERS, Ark. — If you're a cat person, this week's adopt a pet segment is just for you.

The Best Friends in Northwest Arkansas has some fabulous felines ready to find a good home.

Beautiful Xena has been with the Best Friends in Northwest Arkansas for a few weeks, but she's been waiting for a forever family for much longer.

“She’s been in that rescue system for about a year but you’re right, even though she’s been with us for only a month, she’s been looking for a home for quite a while," said Kathleen Lehman, Lifesaving cat care specialist at Best Friends Animal Society in NWA.

She may appear shy and aloof and will need time to adjust to a new environment, but the rescue is hoping for a family that will appreciate Xena for who she is.

“She’s an adult that loves being petted and brushed. Just someone who’s going to give her space but also love on her," Lehman said.

Then there's Boom Boom Pow, who is a lot more laid back than his name would suggest.

Boom Boom came to the rescue with an eye injury, but don't worry, he can see that catnip just fine.

“He might always need some eye drops or eye gel," Lehman said. "That’s something his adopter would want to check with the vet and see what the vet says about that."

Pretty girl Minnie is only about 1-2 years old, but she's already led an interesting life.

“At some point, she would’ve been outside, and we can tell that because she’s got the tip of her ear is notched, it’s cut a little bit, and that’s the sign of a cat that has been fixed," Lehman said.

Minnie has blossomed in her time at the cat room.

“A very good forever home for her would be a home with some kids, maybe have another cat or be willing to get another cat, so that Minnie has some companionship there," Lehman said.

If you're ready for a cute and cuddly companion Xena, Boom Boom Pow and Minnie want to be on your lap. All three cats are up for adoption at the Humane Society for Animals in Rogers.