One-year-old brindle colored pit-mix "My Cousin Vinny," or just Vinny for short, was found as a stray. 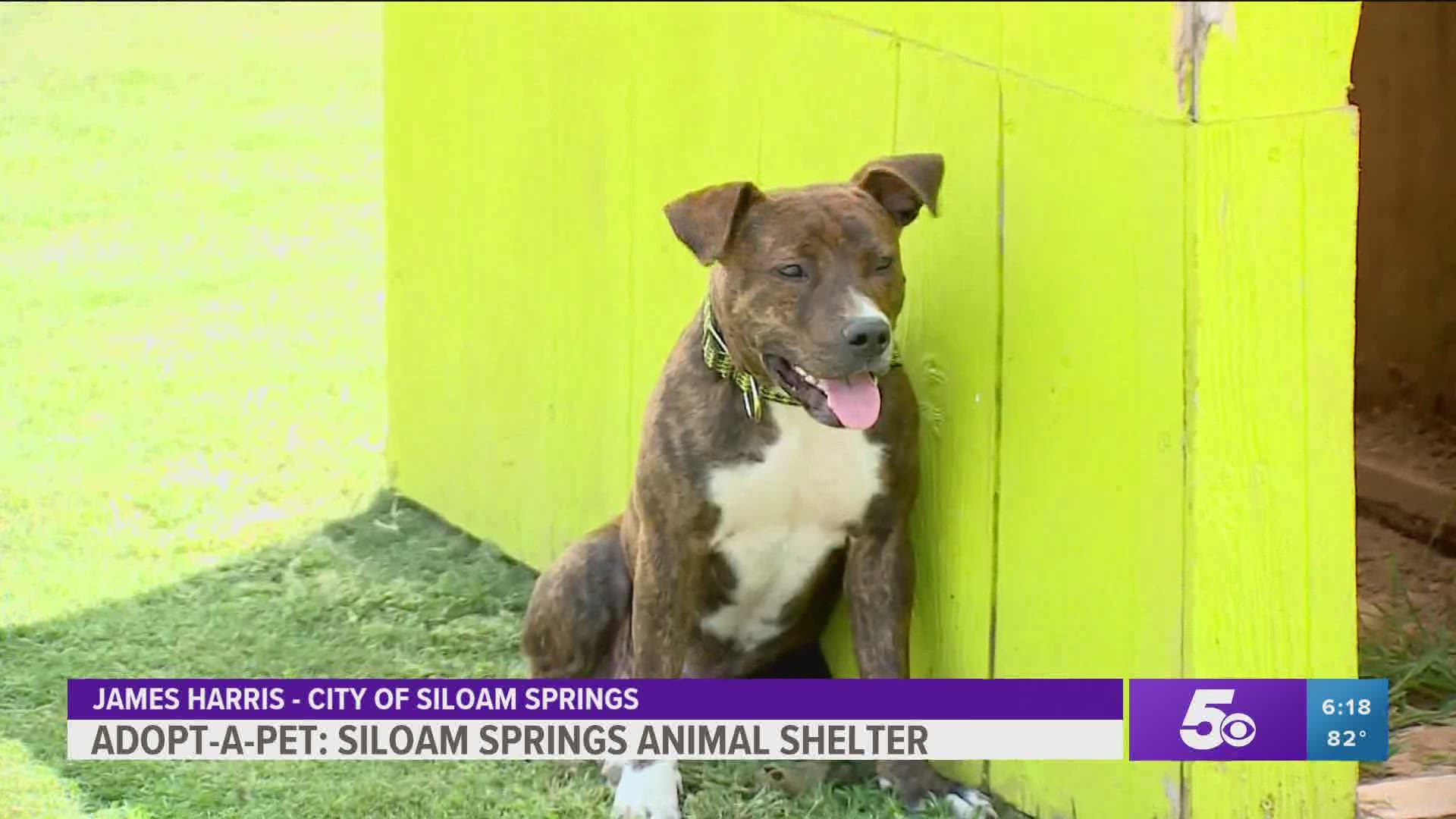 SILOAM SPRINGS, Ark. — This week's Adopt A Pet takes us to Siloam Springs to a dog named after a character in an award-winning movie.

One-year-old brindle colored pit-mix "My Cousin Vinny," or just Vinny for short, was found as a stray. He's been at the Siloam Springs Animal Shelter for only a week, but he's ready for a family to call his own.

Unlike the famous movie character he's named after, Vinny is very laid-back.

Vinny would do well in a home with existing pets and children.

"He’s a pretty mellow dog for how young he is so like I said he just sort of wants to be around you and he does his own thing," Harris said. "He isn’t too energetic and wanting to jump all over you. So, he would possibly be a good fit for some smaller kids."

Vinny is not a big fan of playing with toys but that’s okay. He does know one trick and that’s how to sit.

The shelter also has about 15 cats and 10 dogs available for adoption.

Vinny's adoption fee is $68 which includes his rabies vaccine and neutering.