Fluffy and Lila are at two different rescues in Northwest Arkansas, but both are waiting for loving homes. 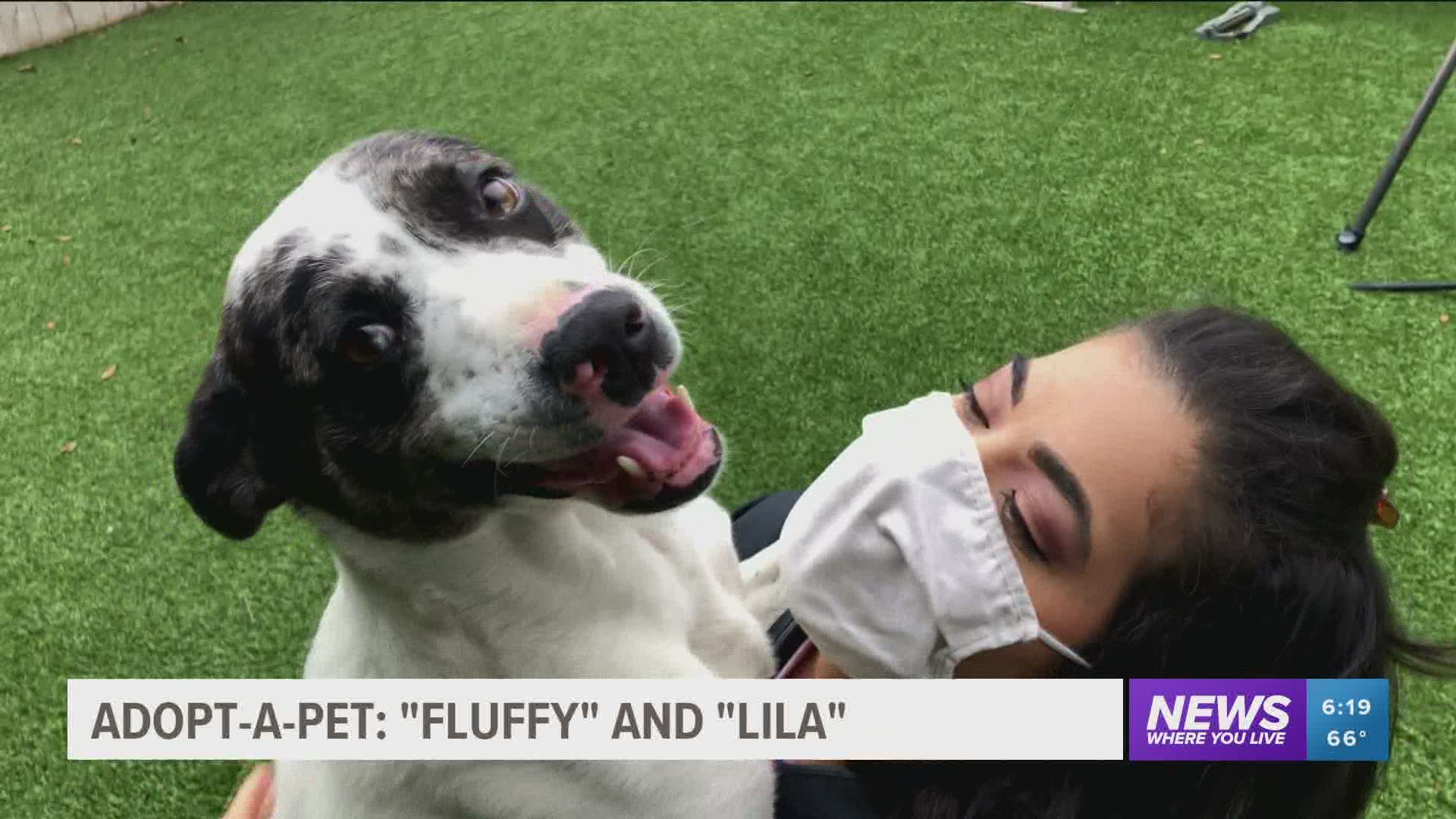 FAYETTEVILLE, Ark. — If you're ready to add some unconditional love to your family, then look no further than your local animal rescue or shelter.

Sweet and gentle Fluffy was found by a good samaritan in Springdale.

“He did have a microchip and we talked to the owners and they would like for us to find him a new home," said Chase Jackson, Executive Director for the Humane Society of the Ozarks.

Fluffy is a corgi-jack Russel terrier mix between 5-7 years old and would make a perfect lap dog.

“Fluffy is very chill for the most part given his age," Jackson said. "He does like to play with the other dogs. He’s at a doggy daycare right now playing with the dogs that are here.”

Yes, his fur is as soft as it looks.

“Fluffy would do best in a home either with an older family that doesn’t want a super active dog, that does still want to be able to take a dog on a walk," Jackson said.

Fluffy is waiting for his forever family at the Humane Society of the Ozarks. Click here for more information on how you can adopt.

Then there's Lila who was found as a stray in Prairie Grove.

“She’s really sweet but I don’t know how long she was lost for, but she needs someone who helps her recover from that and gain some weight," said Cameron Savard from Arkansas Weimaraner Rescue.

Lila is a Catahoula mix and is about 3 years old. She likes playing with toys, other animals, kids and loves to give lots of hugs.

“Her activity level can be high if you want it to be," Savard said. "She’ll run with you and she’ll definitely wrestle with you, but she also just wants to cuddle on the couch sometimes.”

Rescue staff says Lila would fit in with any type of environment.

“Her forever home could be a lot of different things but it really needs to be someone who will love her all the time and be with her as much as possible because she is very quick to get attached," Savard said.

Click here for more information on how to adopt from Arkansas Weimaraner Rescue.

Both dogs are fully vetted and are spayed/neutered.

RELATED: Oklahoma bill that would make rescue animals the State Pet passes in the House