Three sweet dogs are in Rogers waiting for their forever families to adopt them. 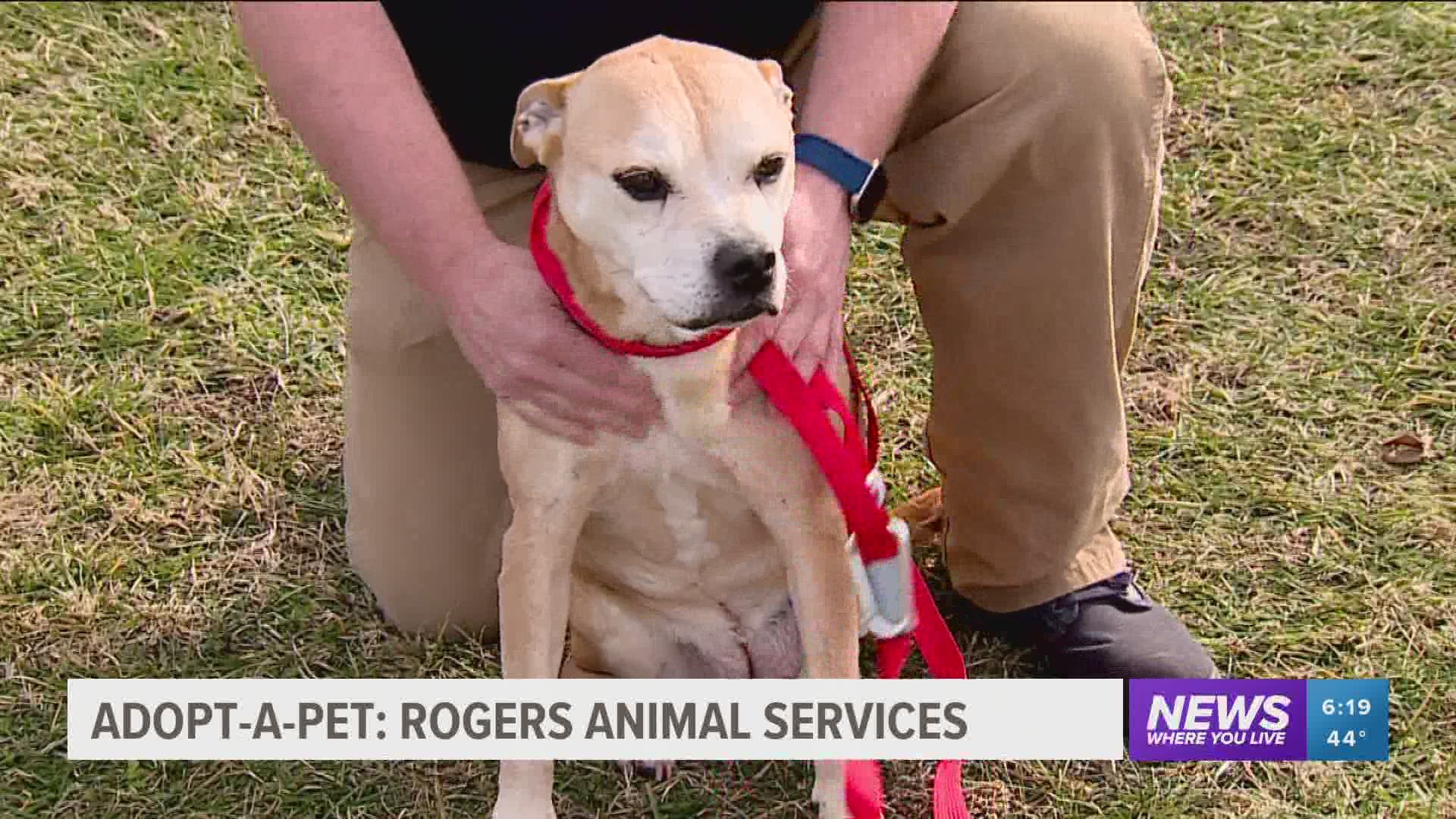 ROGERS, Ark. — A familiar face, a long time residents and one energetic little dog are looking for families at Rogers Animal Services.

Handsome boy Billy may look familiar, he was featured on another Adopt A Pet segment a few months ago.

Billy was adopted but came back to the shelter for one reason.

“He’s very friendly and very outgoing. He loves kids, he gets along well with other dogs, but his only downside is he doesn’t like cats," said Matt Colston, Assistant Manager Rogers Animal Services.

Billy is a 2-3-year-old American foxhound mix but doesn't have high energy. He's more than willing to go on short hikes with humans or lay on the couch watching movies all night.

“Billy is going to be happiest when he’s with the person that he loves," Colston said.

The longest resident at Rogers Animal Services is ‘Sweet Sally.’ She’s been here for three and a half years and is still waiting for a forever home.

Sweet Sally has plenty of energy, an adorable smile and a great personality. The only thing holding her back is she needs to be the only dog in the home.

“Now with people, awesome dog. She is so incredibly sweet. She is one of the staff and volunteer favorites here," Colston said.

While the staff has made it comfortable for her, the 6-7-year-old pitbull-labrador retriever mix, it would be a dream come true to find her a family to love.

“Even as good as a shelter we can make it, that’s not a home, she wants to be with her person full time," Colston said.

“Luigi is what you would call, the quintessential big dog in a more compact package," Colston said.

Luigi is the right dog for someone with an active lifestyle.

“He’s small so in an apartment setting he’d probably work but because of his energy level he’s definitely a dog you’re going to want to make sure gets his exercise," Colston said.

The three great dogs for someone are ready for someone to open their heart and home to unconditional love.

RELATED: Adopt-A-Pet: Harriet with the Animal League of Washington County