Abe, Molly and Blue are among the more than 60 dogs rescued from two different cities who are looking for their forever homes. 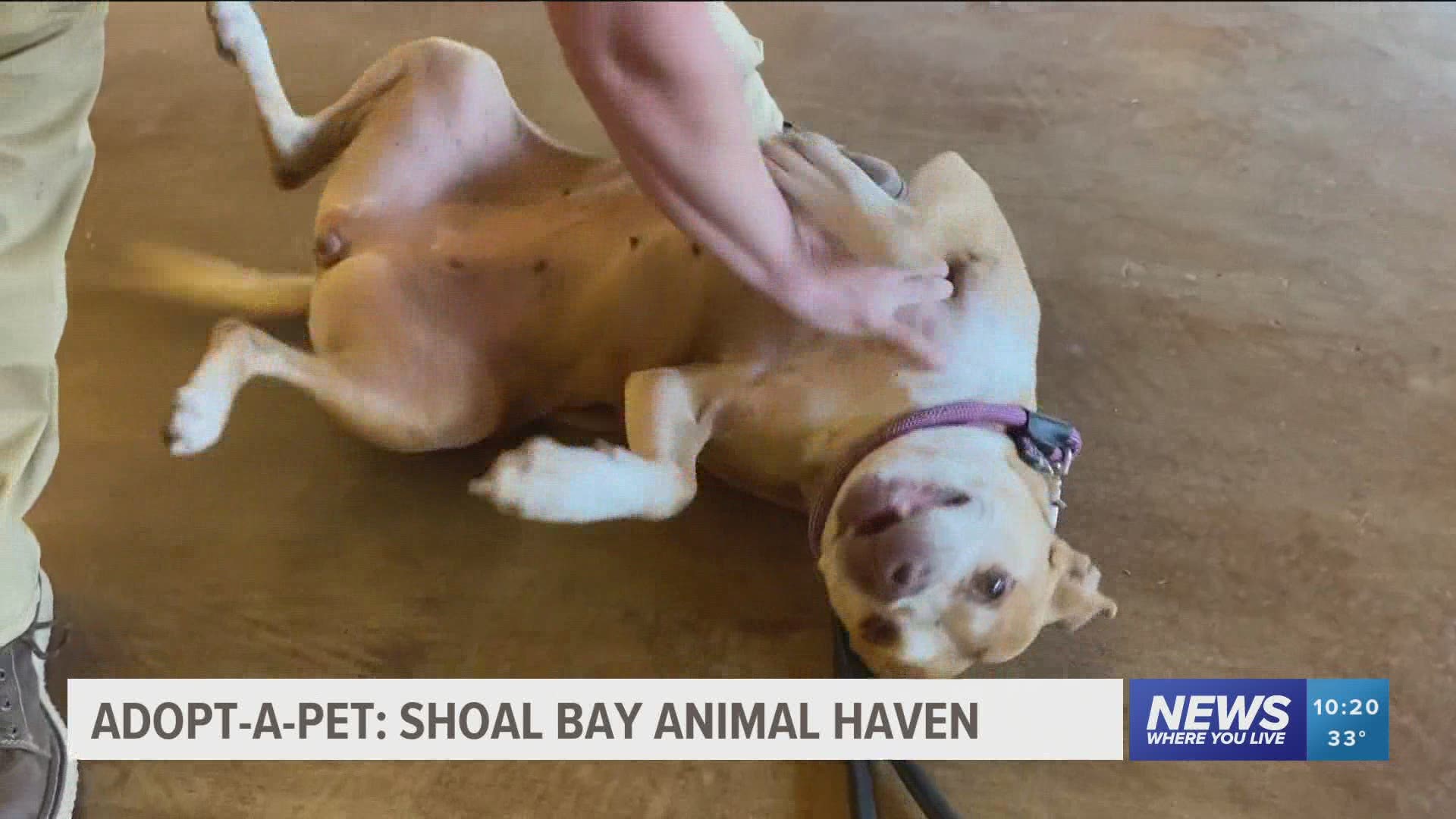 NEW BLAINE, Ark. — A local animal shelter is asking for help after more than 60 dogs were rescued from two different cities and a large number of dogs are in need of medical treatment.

Three of the dogs are ready to find their forever homes now.

Handsome Abe was among 55 dogs pulled from the Atkins Pet Rescue after it closed down.

Several local shelters, including Shoal Bay Animal Haven, have stepped in to help.

“These dogs had a high heartworm rate. There’s about 80% of the dogs that have heartworms," said Jodi Reynolds, Shoal Bay Animal Haven Executive Director.

Abe is a 6-year-old chocolate lab mix and has undergone heartworm treatment.

“He’s just a great dog. He would be a great dog with anybody that has a farm or wants a riding buddy in their truck," Reynolds said.

With a slow introduction, Abe could fit into a home with other animals. He craves attention and needs a family that will spend a lot of time with him.

“He loves to be right near you. If you’re walking or sitting down, he wants to be right up against your leg. So you got to make sure you don’t trip over him," Reynolds said.

After two separate rescue missions, the shelter is looking at more than $24,000 in vet bills. You can help by donating directly online or buying from its ongoing Popcorn for Paws fundraiser. You can also help by buying from the new t-shirt campaign.

“Almost 100% of our funds go toward vetting the dogs," Reynolds said.

Blue and Molly, adopt a pet

Your donations will help dogs like the bonded pair Molly and Blue. Their previous owner died, leaving 27 dogs behind.

“They definitely need to be inside dogs because they’re older, with some room to run around outside, Molly loves water," Reynolds said. "She would love to have a pond to play in and swim in, and Blue just wants a porch to lay on.”

Blue depends on Molly, so the rescue would like for them to be adopted together.

“I think it would be stressful for him if we separated her at this stage in his life," Reynolds said.

Pitbull-mix Molly, also known as "Sausage" is somewhere between 5 and 8 years old with plenty of energy. Old man Blue prefers the company of female dogs and is more than 10 years old.

“She really hams it up. She’s a clown, she likes to roll on her back, and have you rub her belly," Reynolds said. “Blue is the calm one of the group. He’s the sidekick.”

Abe, Molly and Blue may not be puppies anymore, but they have nothing but unconditional love to give to the right family.

Click here for more information on how you can donate or adopt.