The bill bans gender confirming treatments for all transgender youth in Arkansas regardless of parental consent. 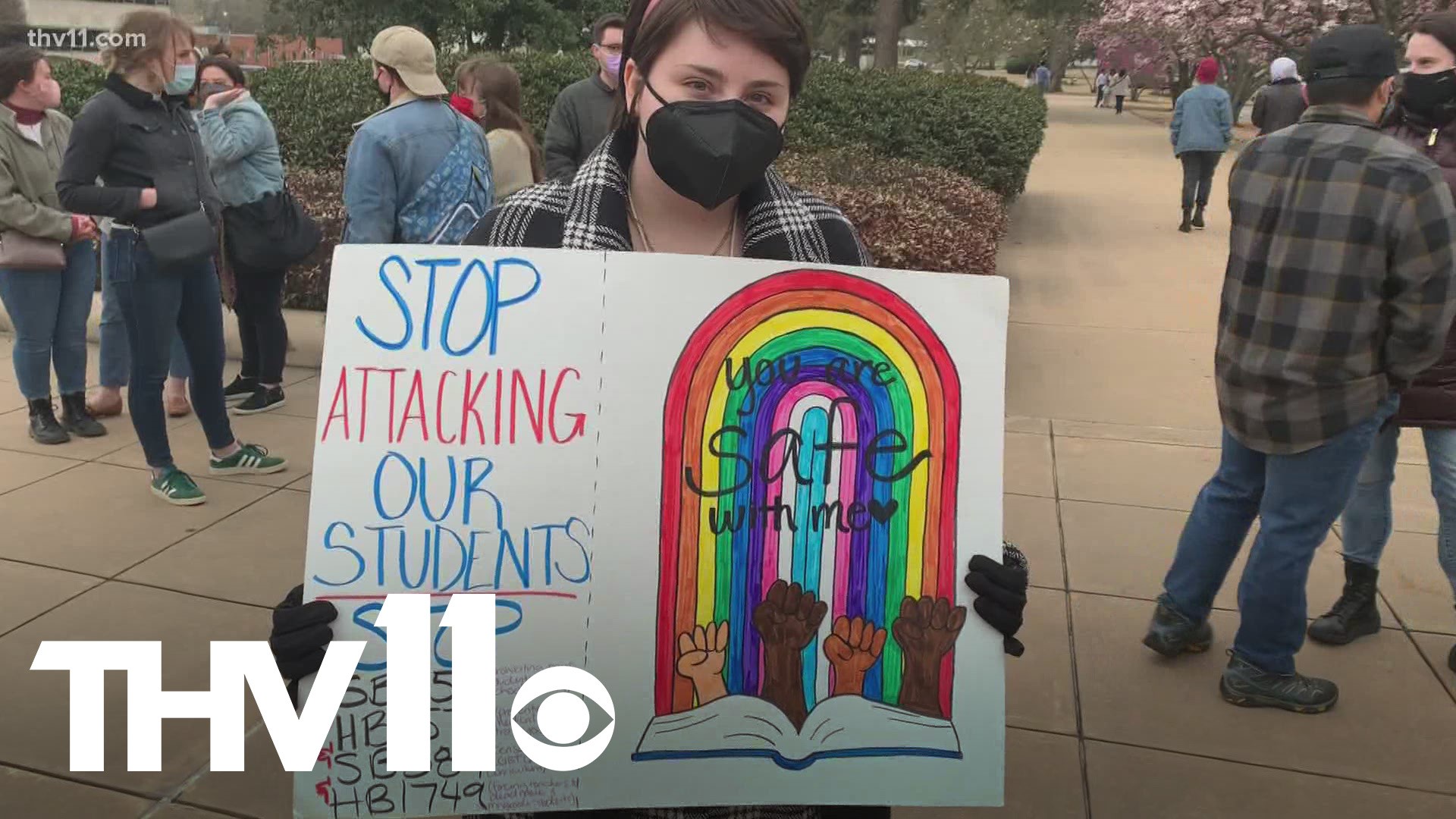 LITTLE ROCK, Ark. — Activists and people in the transgender community are pushing lawmakers to not override Gov. Asa Hutchinson's veto on House Bill 1570.

The bill bans health treatments for transgender youth in Arkansas regardless of parental consent.

"We're not in the past anymore. We're a diverse state and we need to be a welcoming state for everyone," Evelyn Rios Stafford said.

Rios Stafford is the first and only openly trans official in Arkansas. She was elected as a Justice of the Peace for Washington County this past November.

“This legislative session for whatever reason, there has definitely been a backlash of trans people being visible in society," Stafford said.

Ahead of the governor's veto on House Bill 1570, she met with him last week along with other transgender people to express their concern about the banning of treatment for trans youth in Arkansas.

"I really have to thank the governor for being open to listening to the voices of actual trans people," she said.

But as the bill heads back to the legislature, she worries lawmakers will still override the veto.

"They are not trained in this issue our legislature and they're stepping in between families and their doctors," Stafford said.

DeLee Fortson is a licensed therapist who works with trans kids and adults in central Arkansas. She sees firsthand how transgender people and their healthcare are often misunderstood.

"[A lot of people] think that this is something where this is somebody deciding for their four-year-old or two-year-old that we're going to change their gender. That's not at all what's happening," Fortson said. "It's a long time of going to therapy, going to get an evaluation by a psychologist."

Forston worries a bill like this could cost lives if put into effect.

"There's been research done over decades that when trans youth are supported they're less likely to commit suicide, have depression and feel helpless," Stafford said.

That's why Stafford is working to make sure state lawmakers are hearing stories just like hers.

"Because too often in these kinds of discussions, the actual voices of trans people are sidelined while other people spread misinformation about us and our lives," she said.

The sponsor of the bill, Rep. Robin Lundstrum said he is shocked and disappointed by the governor's veto and he vows to lay down a marker and fight to protect kids. The bill heads back to the legislature for a vote next week.