Protesters spoke out against Senate Bill 8, calling it an "attack on abortion rights." 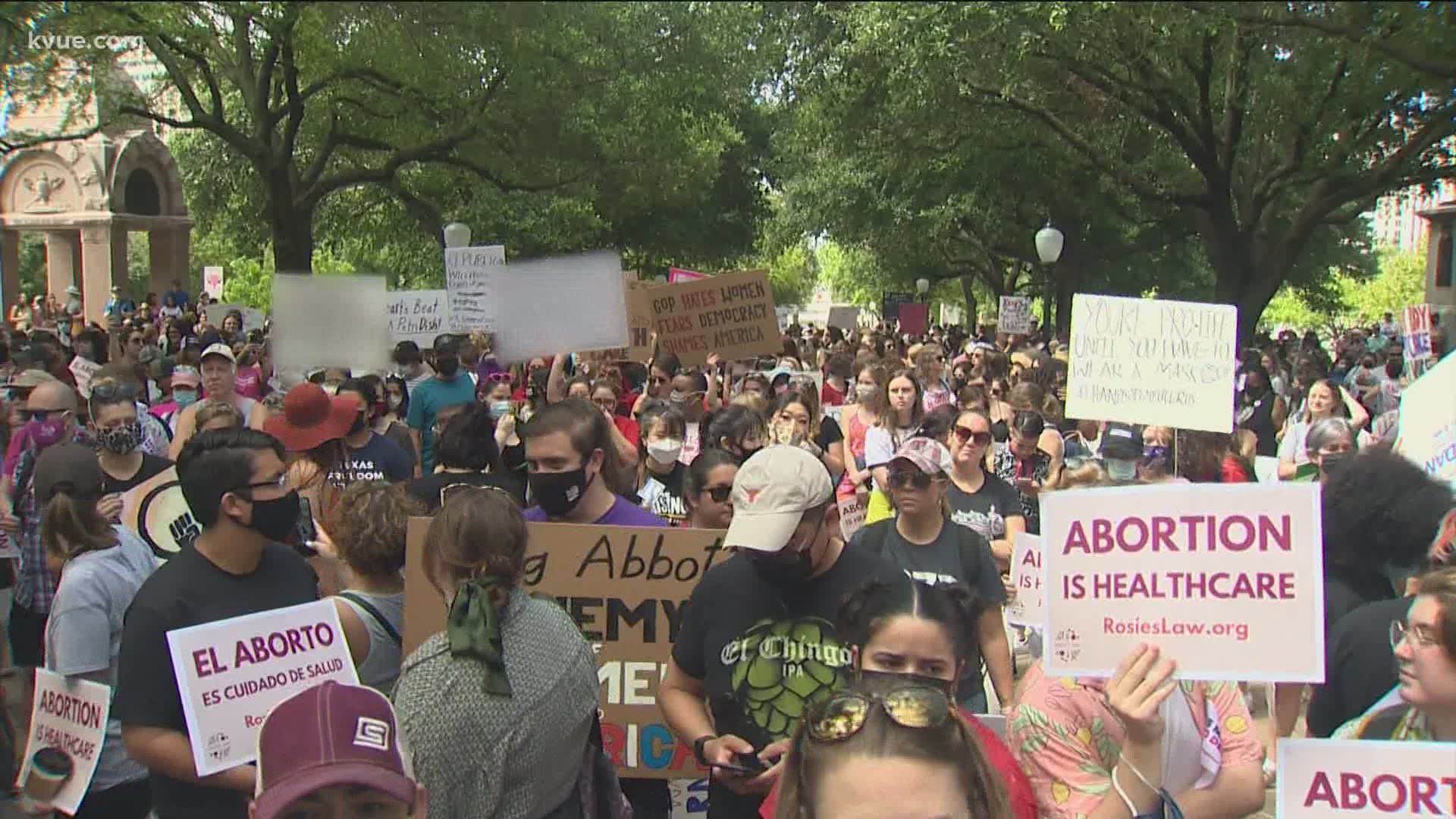 AUSTIN, Texas — On Saturday, the Trust Respect Access Coalition held a rally at the Texas Capitol against a controversial bill that passed during the 87th legislative session.

The "Don't Mess with Texas' Abortions" rally began on the South steps of the Capitol and was followed by a march to the Governor's Mansion. Protesters spoke out against Senate Bill 8, calling it an "attack on abortion rights."

Senate Bill 8, called The Texas Heartbeat Act, bans abortions once a fetal heartbeat is detected, which is typically at six weeks and before most women know they are pregnant.

1 / 4
Dennis Thomas
The Trust Respect Access Coalition held a rally outside the Texas Capitol followed by a march to the Governor's Mansion to speak out against "attacks" on abortion. Photo by KVUE's Dennis Thomas.

More than 5,000 people marked that they were either "going" or "interested" in attending the rally on the event's Facebook event page.

Gov. Greg Abbott signed Senate Bill 8 into law on May 19. It goes into effect on Sept. 1.

Coronavirus updates in Central Texas: What to know Saturday