The group behind the banner says it's a direct response to the legislation in Arkansas making it harder for women to obtain abortions. 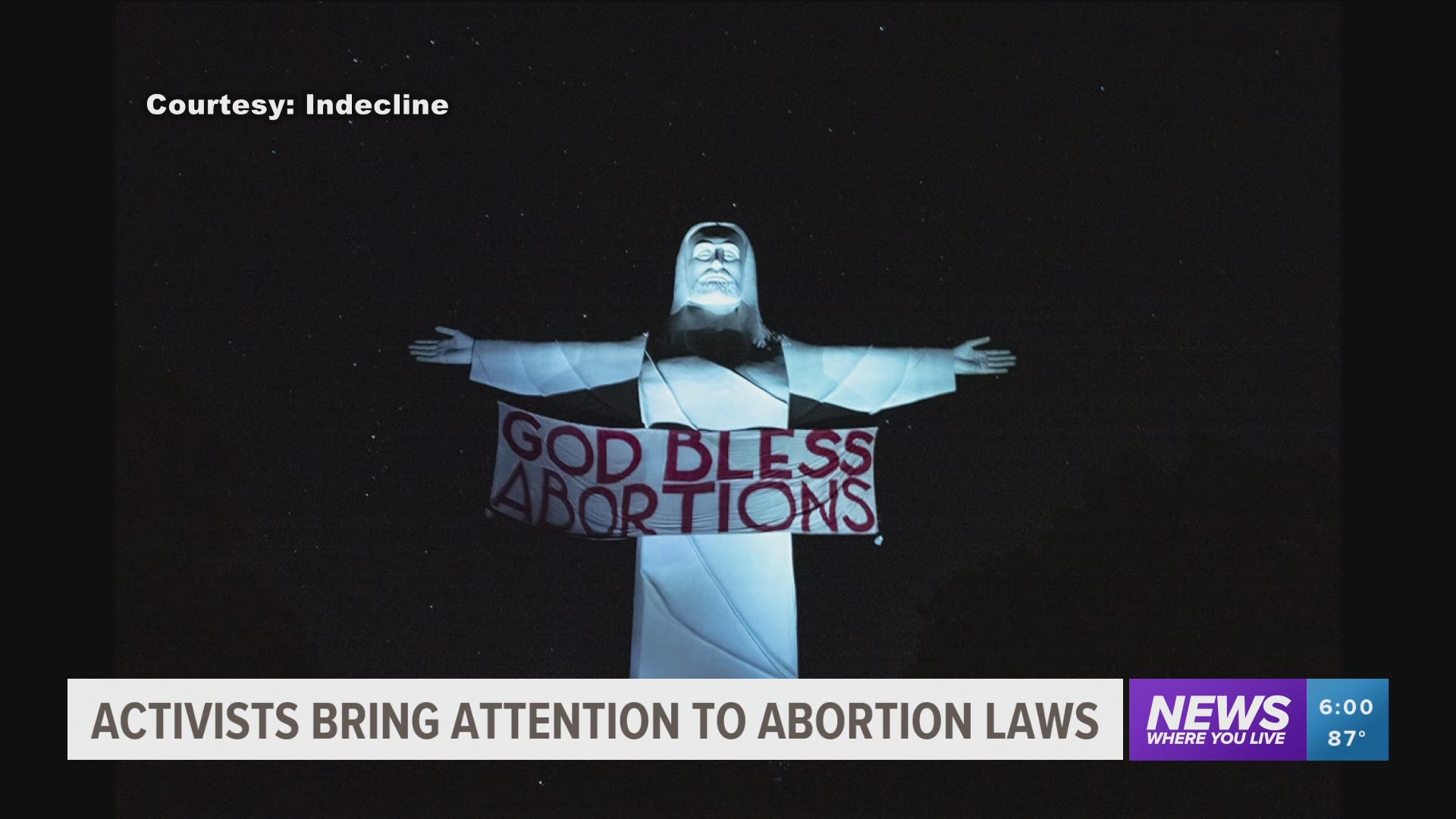 Members of the art activist group INDECLINE say they disguised themselves as a construction crew and transported the banner through a nearby wooded area, hanging the banner up just before sunrise.

“We’re full-time criminals. We do this for a living," an anonymous spokesperson with INDECLINE told 5NEWS. "We are extremely good at what we do. We spend a lot of time on recon. The last thing we are worried about is a groundskeeper at a theme park for Jesus bothering us while we are doing our work."

The Great Passion Play is sad that someone did this to their property. Director of Operations Kent Butler says once they found out what happened, they had a tree company come and remove the sign.

INDECLINE says the banner is a direct response to the legislation in Arkansas making it harder for women to obtain abortions.

“Particularly from that perspective of Jesus Christ, we felt he would be incredibly offended by the idea of white privileged men essentially creating situations where women were going to die if they can’t get access to abortion services,” the INDECLINE spokesperson said.

In March, Arkansas Governor Asa Hutchinson signed a bill that prohibits abortion in all cases except to save the mother's life in a medical emergency. The ACLU and Planned Parenthood have asked a federal judge to strike down the new law, which takes effect July 28. Hutchinson also approved a measure requiring victims of rape and incest to have first reported the crime to law enforcement before they could undergo an abortion past the state’s 20-week limit.

“Abortion is a crime against humanity, and it is really horrible that you have groups like this who support this level of death in our society today. So, I hope they are prosecuted,” Arkansas Sen. Jason Rapert said.

Butler says they plan to cut up the sign and use it as drop cloths for future projects at the Great Passion Play. They did find cracks in the stucco monument.

“The people who hung the banner on the Christ of the Ozarks, I would like them to come and see Jesus hung on the cross that’s right behind me because Jesus’ mission was that of love and people’s lives matter,” Butler said.

The Great Passion Play has reported the crime to the Carroll County Sheriff's Office.

The Christ of the Ozarks monument was completed in 1966 and is one of the most visited attractions in the Ozarks.