A mom found a Chesapeake police officer so good-looking, she nicknamed him 'Officer McDreamy'

"Dear City of Chesapeake, I am very worried about the officers you hire. This gentleman almost caused me to crash my car while attending my daughter’s teacher meet." 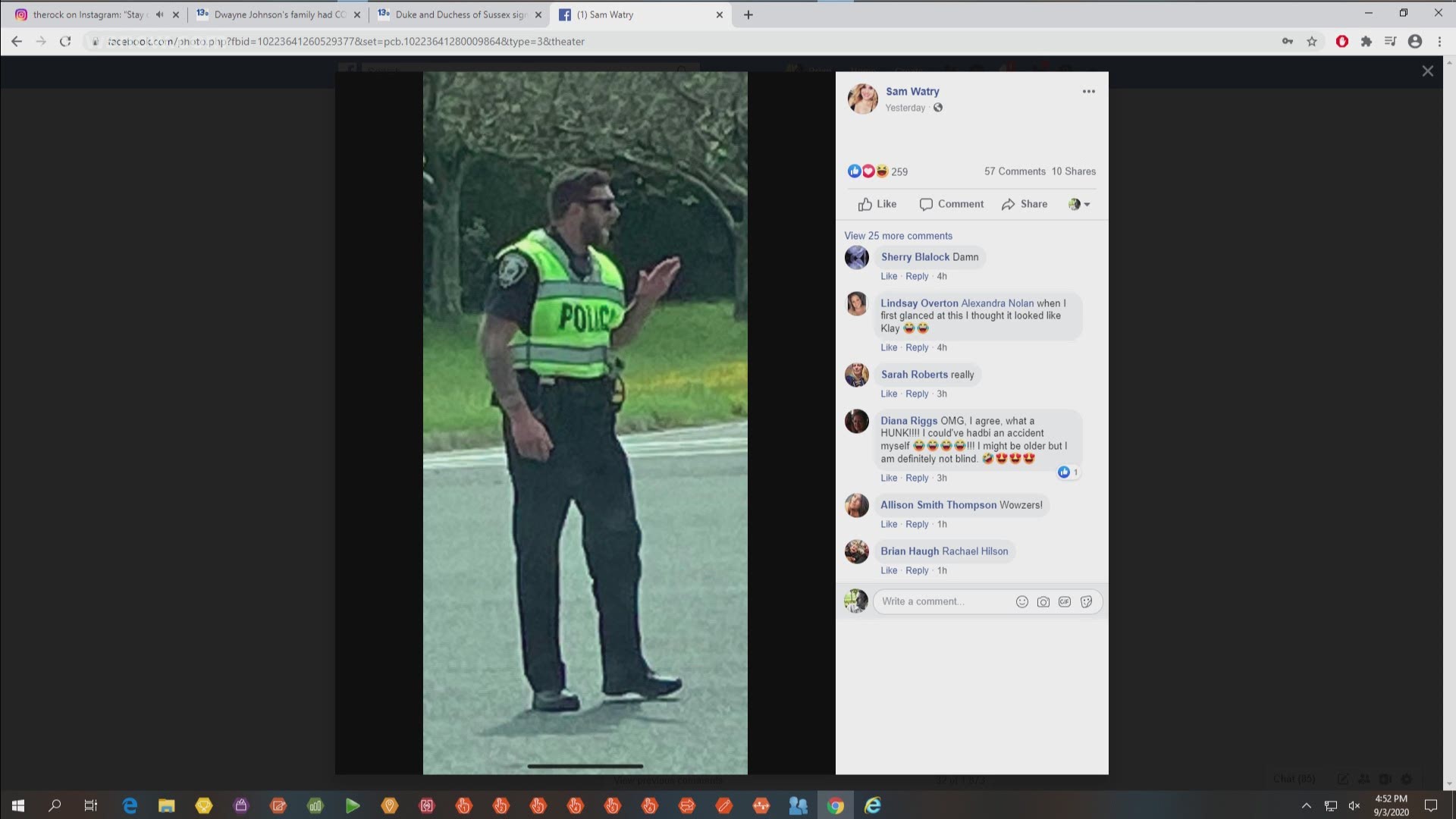 That's what Watry said she dubbed the Chesapeake police officer who happened to be at the school directing traffic. It turns out, quite a few other people agree with her.

Watry posted about the experience on Facebook, and shared a couple pictures of the officer. The Facebook post was directed towards Chesapeake, as Watry expressed concern that the city may be hiring officers who are too handsome.

I am very worried about the officers you hire. This gentlemen almost caused me to crash my car while attending my daughter’s teacher meet.
How can you allow someone this handsome to control traffic? Impossible. Because of your neglect, I couldn’t stop looking and almost crashed.

Please do better!!!! Ps. I have an emergency happening at my house right now. Please send him.

Edit: We shall refer to him as Officer McDreamy.

Watry put the post on her profile Wednesday afternoon. By Thursday, it had 14,000 shares and 3,500 comments.

The comments included plenty of memes and GIFs. At least one person said the pictures made her want to commit a minor crime so she could meet the officer.