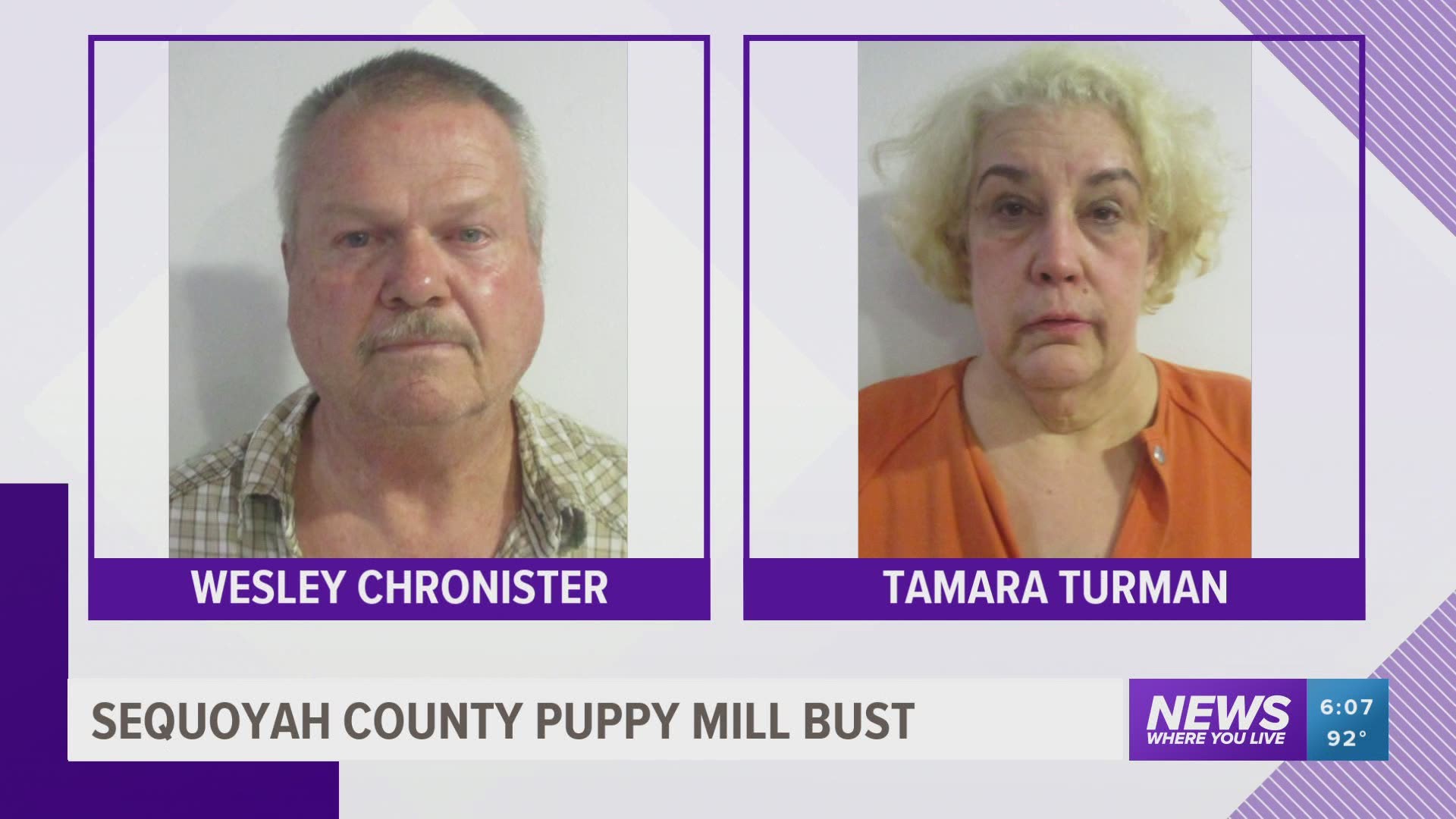 OAA said the dogs have spent their lives in cages, living in their own filth, only used to breed and make quick cash.

They are malnourished, emaciated, matted, many have little to no teeth, and they were soaked and caked in urine and feces.

They’ve never touched grass and the majority lived on cage bars with no solid surface beneath their feet.

The animals are safe, but rescuers don’t know if they’ll all make it because some are in extremely critical condition.

“What you couldn’t tell was a dog, it was a big round clump of matted fur,” she said. “It was two of them sitting in a big black tub and you could see little eyes peek out and a little nose. That was probably, that was heart-wrenching.”

The Oklahoma Alliance for Animals in Tulsa is now caring for 83 of those 84 dogs. Two dogs have died since Friday, and one of the dogs had a puppy.

Executive Director Erin Shackelford says unfortunately animal abuse like this is more common in Oklahoma than people may think.

“We see a lot of horrible things, this was definitely was one of the worst in terms of the sheer number of dogs and the matting that we saw and the ones that were almost completely unrecognizable as dogs,” Shackelford said.

She says one of the dogs has a hole in his cornea and had to have his eye removed. Another dog has two deformed back legs.

Shackelford says some of the dogs had matted wrapped around their teeth and they weren't able to eat. She says the dogs are completely different today than when they picked them up last week.

“They are so much more energetic, they are so excited, they want to go out and play in the yards," she said. "They’ve been having so much fun playing around the yards. It is really sweet to just be able to see them experience things for the first time that you know they’ve never had the joy of experiencing before.”

Donations are needed to help nurse these animals back to health. OAA says more information will come forward later, but you can help by donating to www.animalallianceok.org/donate.

Police originally were called to the residence for a domestic dispute, and when they arrived they found one victim and about 20 dogs in the home.

Chronister faces 84 felony counts of Cruelty to Animals and a county of felony Domestic Battery.

Both are being held at the Sequoyah County Jail with no bond. They are due in court on Wednesday (July 22).