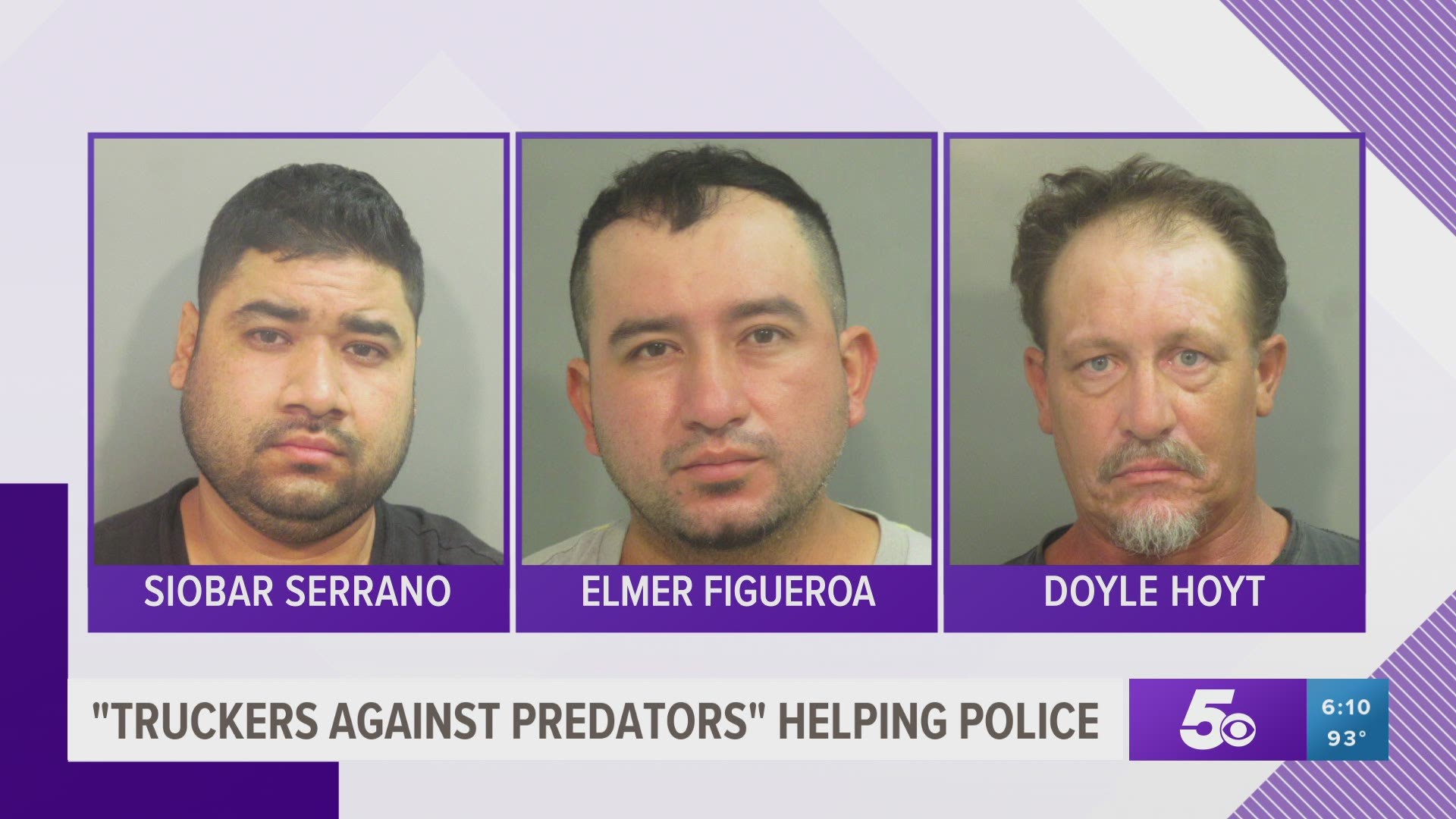 GREENLAND, Arkansas — Authorities are investigating three suspected child predator cases in Northwest Arkansas after a sting operation was conducted by a group named Truckers Against Predators.

Anthony Greene, the founder of Truckers Against Predators, made a fake social media profile to lure potential child sexual predators.

Greene travels to different states and sets up sting type operations for those thinking they are meeting underage children. He then contacts local authorities and films those who may be breaking the law.

Investigators say a man, later identified as Siobar Serrano, planned to meet up with a minor in Greenland, after reportedly sharing naked photos of himself online with who he thought was a 12-year-old girl.

Investigators showed up and launched an investigation into the Serrano's actions. Serrano was arrested this week for Sexual Indecency with a Child and is currently being held at the Washington County Jail on a $7,500 bond.

On Saturday (Aug. 22) Elmer Figueroa was arrested by Greenland Police in another sting operation set up by Truckers Against Predators. He was booked into the Washington County Jail on a $20,000 bond.

Figueroa has since been released.

On Monday (Aug. 24) Doyle Hoyt of Fort Smith was arrested by West Fork Police, once again in a sting operation set up by Truckers Against Predators.

Hoyt was booked into the Washington County Jail and was being held on a $2,500 bond. He has since been released from jail.

The Truckers Against Predators team has been working in the Northwest Arkansas area for the past three days.

"We have our decoys working, sometimes around the clock, and we plan to do so through the next week. We are currently working with approximately 30 guys that are okay with age, and our work thus far has resulted in three arrests in Northwest Arkansas," said David Pelto with Truckers Against Predators. "We also turned chat logs over to detectives in Bella Vista, and to the Garland County Sheriffs' office. We have not received word from those jurisdictions on whether there will be arrests made, or not. However, we are very confident that under Arkansas law, that we should see arrests there as well. We will be working hard over the next week or two in NWA, hopes of helping to clean up the internet and getting these guys arrested and off the streets."

Pelto went on to say that decoys used in the sting operations are highly trained and always stay within the guidelines of the law.

"Our hopes is to go across the country and to work with different jurisdictions to get sexual predators off the streets," Pelto said