23-year-old man arrested in connection to Fayetteville bar shooting, found to have LSD in his possession

Witnesses at the bar told police a bullet traveled between the two of them as they sat at a table, striking a beer can on the table they were sitting at. 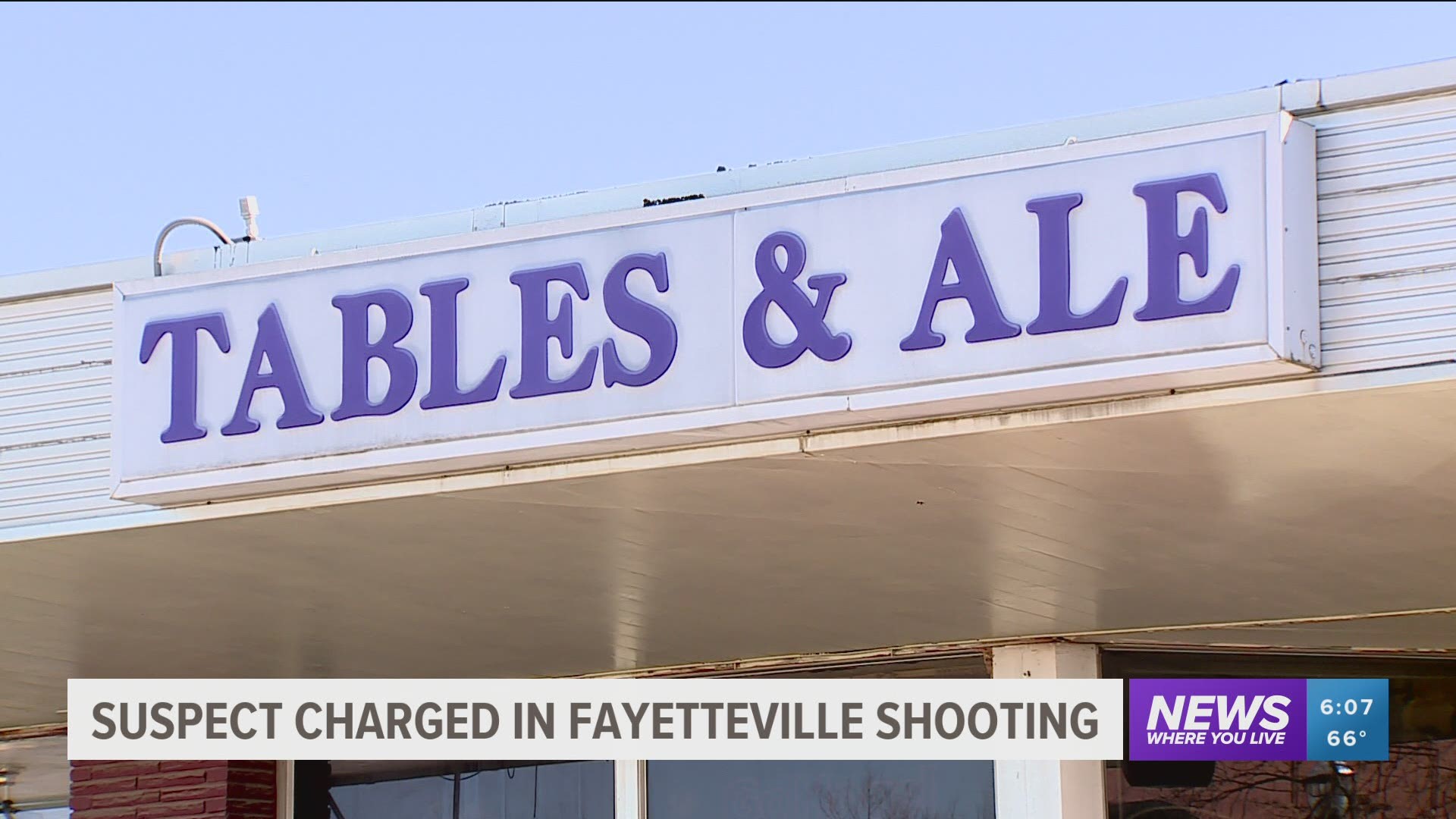 FAYETTEVILLE, Arkansas — 23-year-old Edward Montgomery was arrested after a shooting occurred at a bar in Fayetteville.

On Monday (Feb. 22), multiple 911 calls were made to the Fayetteville Police Department reporting a shooting at Table and Ale, located at 102 N Block St.

Officers arrived and established a perimeter but were no able to find the suspect.

Evidence at the scene indicated several bullets were fired into the glass door and windows on the front of the bar, and two witnesses stated a bullet had traveled between the two of them as they sat at a table, striking a beer can on the table between them.

Witnesses at the bar identified the man who allegedly fired the gun as Edward Montgomery.

Officers were able to locate Montgomery at his last known address on Wedington Dr. in Fayetteville, where he was placed under arrest and transported to the Fayetteville Police Department in relation to the shooting.

Montgomery was identified as the alleged shooter in a photogenic lineup and interviewed by police.

According to the police report, Montgomery confirmed he went to the bar with a pistol.

Montgomery told police he threw his beer against the wall during an argument with his ex-girlfriend, causing several patrons to tell him he needed to leave.

Montgomery said two men began following him to the front door where he pulled out a .22 caliber pistol and fired one round into the ceiling

According to police, Montgomery then exited the front door of the bar firing two more times behind him into the front door and window before fleeing the area.

When searching Montgomery’s motorcycle, officers located two boxes of 22 long rifle ammunition in a compartment on the motorcycle.

An officer asked him where the gun was, and he admitted he disassembled the gun into three pieces and hid them in a construction area. The pistol parts were later located in the area Montgomery described.

After entering the jail, the transporting officer observed a small baggie with aluminum foil in Montgomery’s wallet.

According to the police report, Montgomery told police the paper squares were lysergic acid diethylamide (LSD).

The squares were later tested and were positive for LSD.

After questioning Montgomery was transported to the Washington County Sheriff’s Office for booking.

His potential charges include two counts of aggravated assault, tampering with physical evidence and possession of a controlled substance.