Chris Mosier is one of the first transgender athletes to compete on the international level. Now, he's asking Idaho legislators to stop potential discrimination. 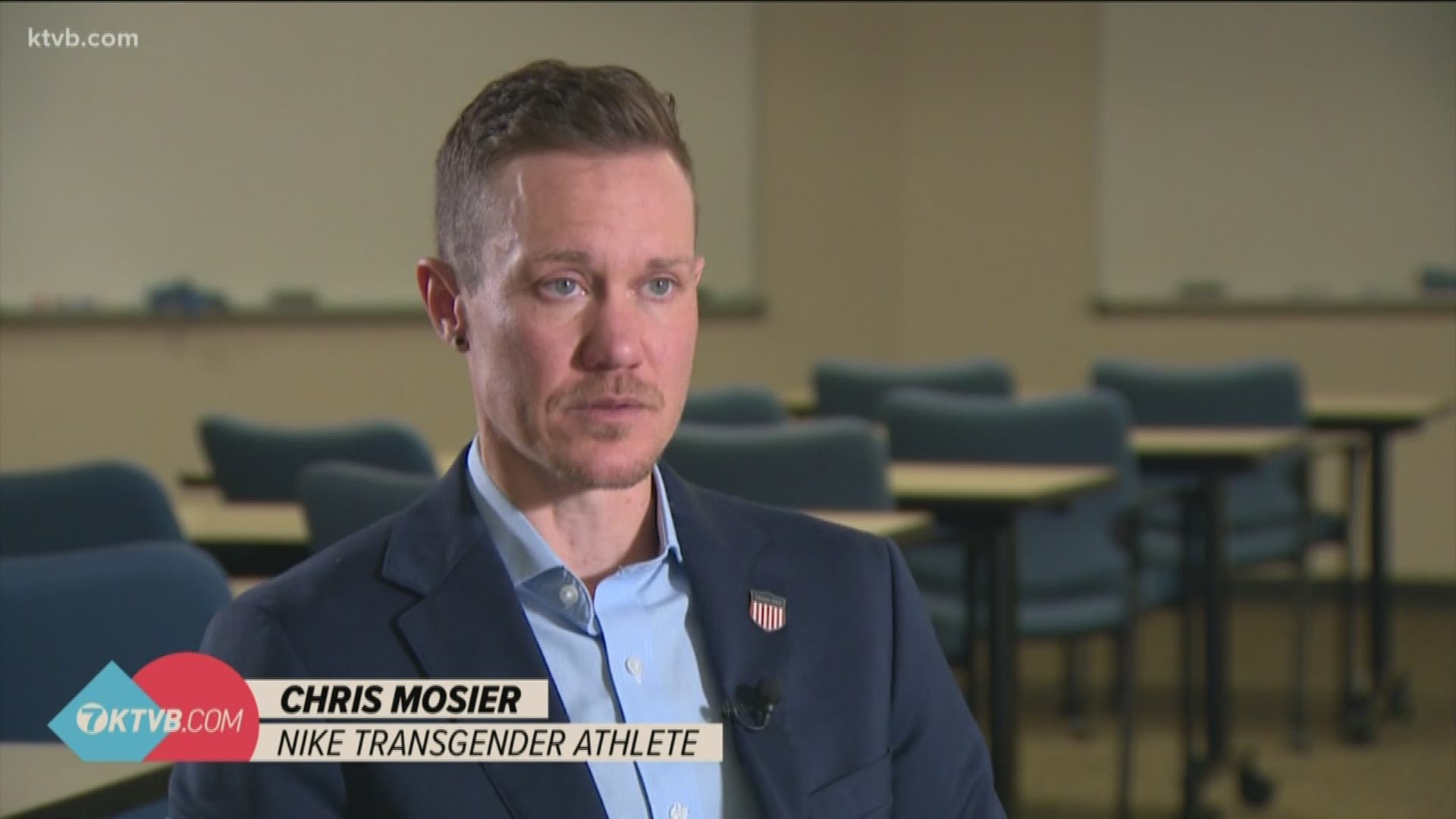 Chris Mosier is also the first transgender athlete to be sponsored by Nike.

Mosier flew from Chicago to Boise in the middle of training for his Olympic qualifier to speak out against a series of bills making their way through the statehouse.

"There are so many great people in this state, on the ground doing work to combat these bad bills," Mosier said. "My role as an athlete with this platform and social media is that I have the opportunity to amplify the message that other people are sending."

Currently, there are five pieces of legislation making their way through the statehouse this session, including House Bill 500 which would ban transgender athletes from competing on teams opposite their birth gender.

Representative Barbara Ehardt (R - Idaho Falls) introduced the bill, saying it is a problem throughout the nation, which she says continues to grow.

"We also know through the data that there are more people who are here in Idaho who are maybe making decisions to maybe make a transition from a boy or a man to a girl or a woman and since those statistics are increasing, people's choices are increasing, we also know that it's not a matter of if, but when this becomes more of a factor here in Idaho," Rep. Ehardt said.

The Idaho High School Activities Association said they've had a handful of transgender students inquire about competing but none have ever tried.

"This is an entry point for further discrimination, not only against the transgender community, not only against transgender youth but more discrimination to women and girls, to communities of color to racial minorities to religious minorities and to anyone who is not straight, cisgender and white," Mosier said. "The thing about these bills is that they are intended to "solve" a problem that doesn't really exist. It is a "problem" in the eyes of the legislators."

"In that time, we've seen policies be created that are good for high school student transgender athletes... and we've seen policies like Idaho's that allow transgender student-athletes to participate with their peers, but they have to jump through some hoops and restrictions in order to get there. We are not limiting the opportunities of those who are biological male because they will have that opportunity to compete on the men's side," Ehardt said.

It still needs to be heard, and passed, in the Senate before it could become law.