Organizers say the 2021 rally was the most successful in the charity's history. 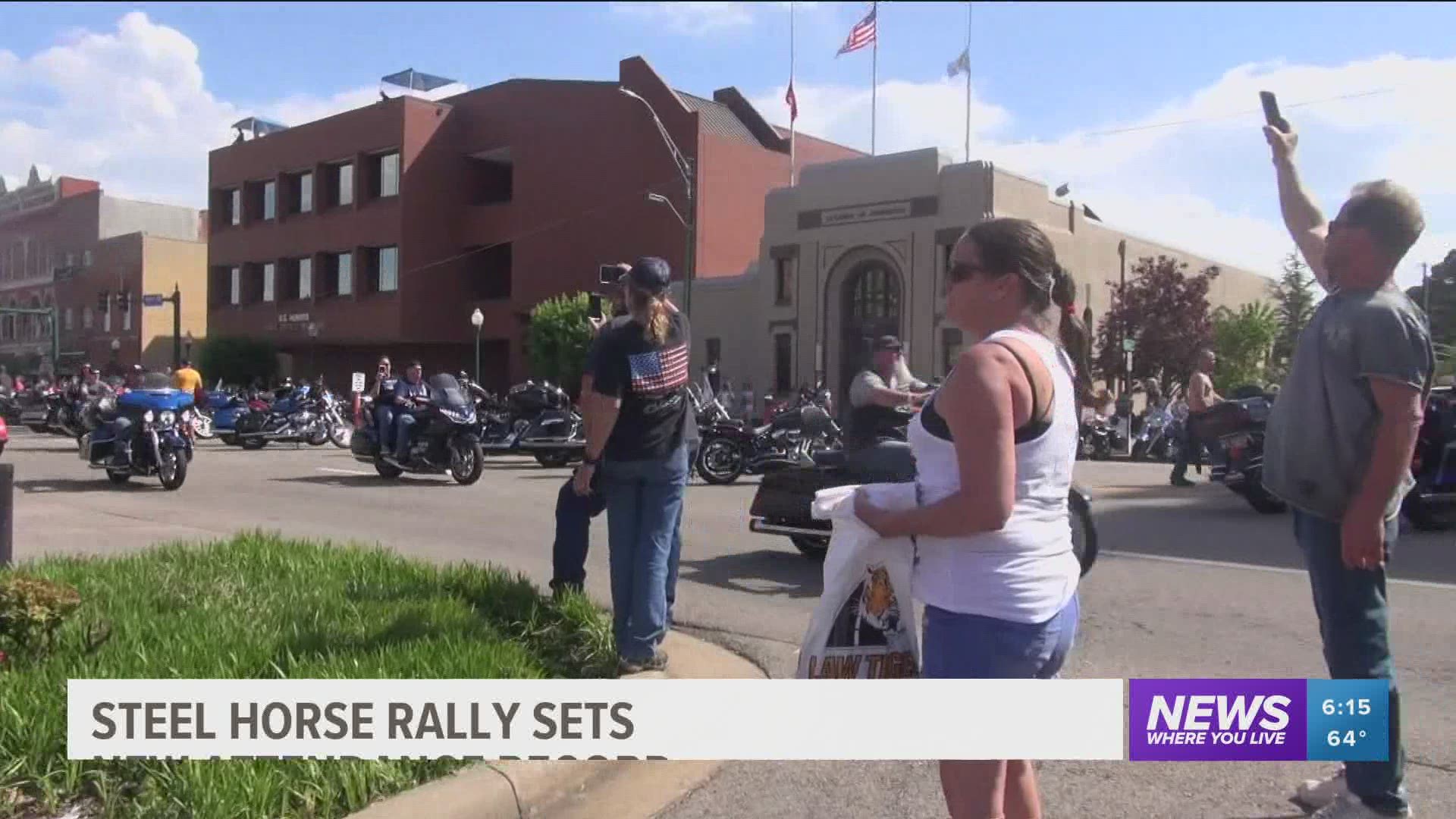 FORT SMITH, Ark. — For the first time in more than a year, the Steel Horse Rally rolled into the Fort Smith last month. Organizers say the 2021 rally was the most successful in the charity's history.

“We are ecstatic with this year’s turnout for the Steel Horse Rally,” said SHR President Dennis Snow. “2020 was a very challenging year for us and we were grateful to be able to have the event this year. We did not know if the charity would be able to survive since we were unable to do the event or any other fundraising activities last year. But thanks to our board of directors, volunteers and sponsors, the 2021 Steel Horse Rally was a tremendous success. Because of these dedicated people, we not only had a successful charity event, but added three new additions this year.”

The new additions were the "Cops and Cones" motorcycle exhibition, a new entertainment stage in the First National Bank parking lot, and the utilization of the new Entertainment District in downtown Fort Smith.

Four local charities were able to benefit from this year's rally, including Antioch for Youth & Family, the Fort Smith Museum of History, the Children's Service League and the Buddy Smith Veterans Home.

Snow said much of the success of the Steel Horse Rally is because of the support of and cooperation with the Fort Smith Police Department.

“We had zero arrests during the 2021 Steel Horse Rally,” said Captain Daniel Grubbs, Commander of Special Operations of the Fort Smith Police Department. “That’s a pretty amazing fact, considering the amount of people in attendance.”