Ari Hankins has died after she was in a crash on her scooter on Fulbright Expressway in Fayetteville. 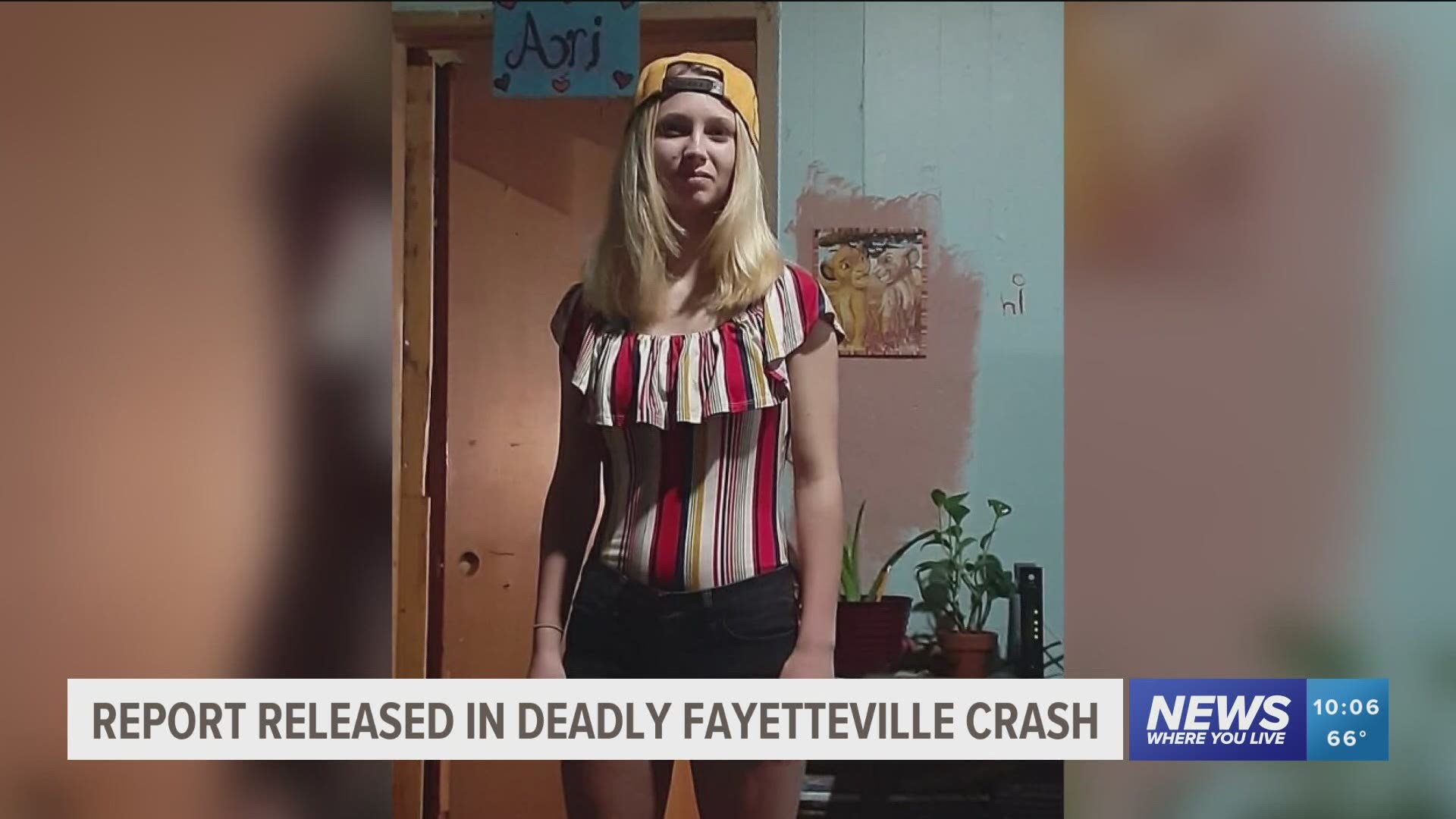 FAYETTEVILLE, Ark — UPDATE: 16-year-old Ari Hankins has died three days after a scooter crash in Fayetteville. The GoFundMe is now dedicated to helping with funeral costs.

Ari's grandmother says she is brain dead so they marked her time of death at 2:20 p.m. She said they are prepping her now blood work to match her with donor recipients.

According to the Arkansas State Police accident report, Ari was traveling on a scooter in the westbound lanes of Fulbright Expressway. The report states the scooter did not have a visible tail light and another driver did not see it.

The other vehicle hit Ari's scooter from behind, causing the crash.

A 16-year-old girl is fighting for her life tonight after a terrible crash Tuesday (July 28) in Fayetteville.

Ari Hankins is at Children's Hospital in Little Rock after she was in a crash on her scooter. Ari was riding her scooter on the Fulbright Expressway in Fayetteville when she was involved in the crash.

Her mother, Heather McCarver, says she's in critical, but stable condition at this time.

She has not been responsive but her parents Heather and Mason are remaining by her side.

“It really means a lot to be with her to talk to her and hold her hand,” her father Mason said.

“Lay next to her on the bed, it means so much to be here with her,” Heather said.

Doctors say there is still swelling on Ari's head. Her parents say their daughter is an independent soul and they're trying to remember better days during this difficult time.

"She got out and she enjoyed her life and was very outspoken she didn’t like to be told no if you told her no she was going to prove you wrong,” Heather said.

Ari's parents say the hospital staff has been helpful. They also have had friends and family reach out to check in on their daughter.

"We just want to thank everybody for all their support and the prayers and hope that people can give us lots more and she can... a miracle can happen,” Heather said.

Heather says they are hoping for a miracle and that someday soon Aria will see the outpouring of love that was shown for her.

"We love her and we’re proud of her and we just want her to be safe,” she said.

A GoFundMe account has been set up to help the family at this time.