FORT SMITH, Ark. (KFSM) — This week, cheerleading teams from all over the country competed in a top national competition held every year in Orlando, Flori... 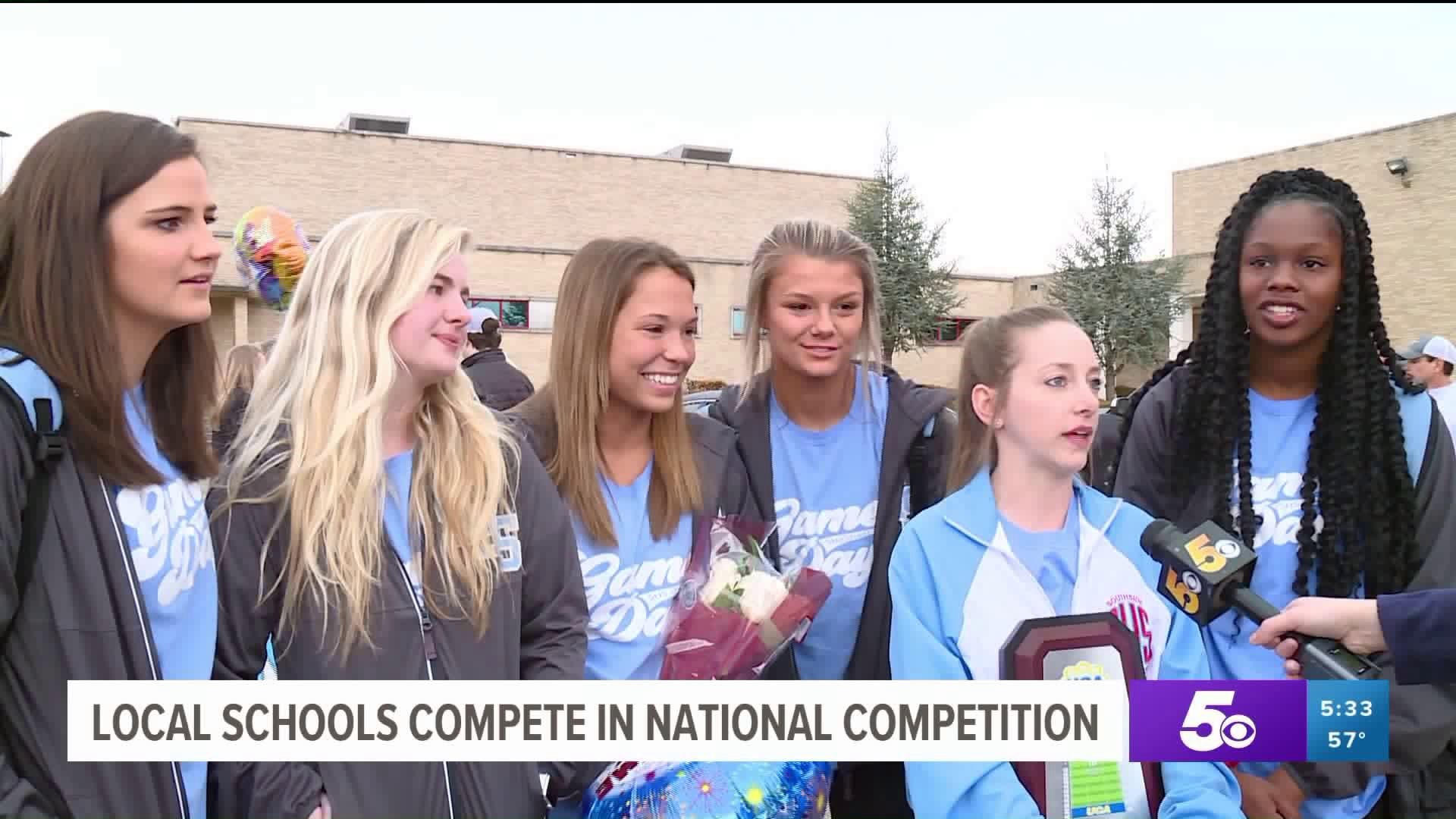 FORT SMITH, Ark. (KFSM) -- This week, cheerleading teams from all over the country competed in a top national competition held every year in Orlando, Florida.

This competition determines who the best teams are in schools across the country.

Three teams from high schools right here in our area placed pretty high in their divisions.

Lots of laughs, smiles, and hugs filled the Southside High School parking lot as the varsity cheer team stepped off the bus this morning.

"So awesome because you know we are a cheer team so we are always supporting other people and it's just awesome having people support us now."

This was the first year the team got to go to the National Cheerleading High School Championship, and they definitely made their school proud.

"To bring back 4th place in the nation out of 46 teams that we competed against is pretty awesome."

However, Southside wasn't the only team to bring back a trophy in our area. Rogers Heritage High School took 6th place, Alma high school finished 5th, Bentonville went also finishing 5th as well as Springdale High School ending their season on a high note getting 7th place. All schools were in different divisions.

"I'm proud of them. We worked super hard. We practiced countless amount of hours doing the same over and over again and it just all worked out."

And it certainly did work out when their names were called for the finals.

Rachel Simpson and Abby Williams, seniors at Southside say they couldn't think of a better way to end their high school years.

"It was amazing. It was such a crazy experience. I think around 20,000 athletes when we got there we were a little overwhelmed but it was really exciting and we just went out there and did our best."

The competition is held at Walt Disney Resort in Orland, Florida and hosts a variety of Arkansas high school teams each year.