WASHINGTON COUNTY, Ark. (KFSM) — Local law enforcement agencies got to see a device straight out the pages of a comic book on Wednesday (Nov. 20). Demonstrators... 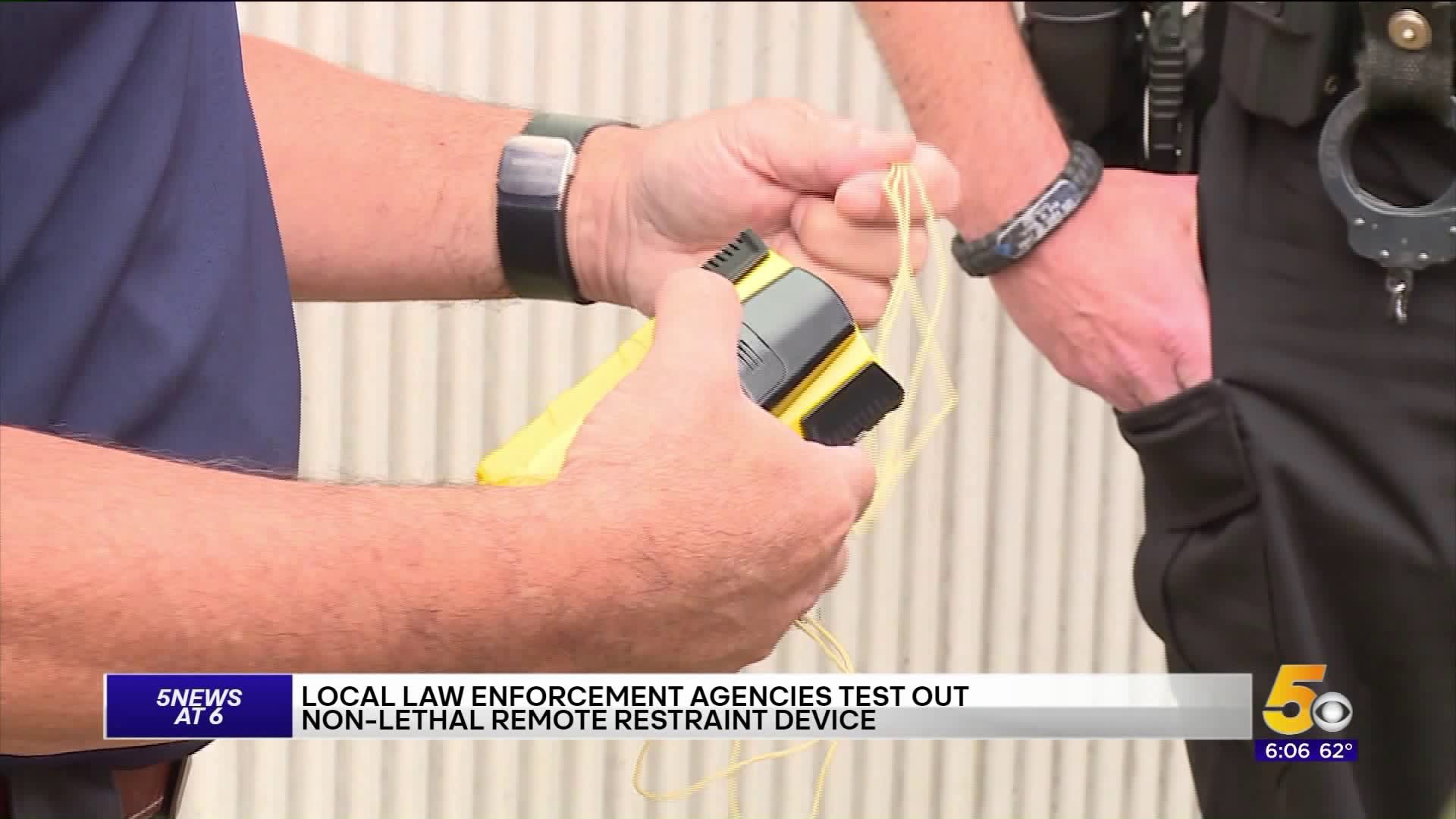 WASHINGTON COUNTY, Ark. (KFSM) — Local law enforcement agencies got to see a device straight out the pages of a comic book on Wednesday (Nov. 20).

Demonstrators say the non-lethal gadget could bridge the gap between police and suspects.

It looks like something Batman designed for his utility belt.

What was once a fantasy has been made a reality with the BolaWrap.

“It’s designed to be able to be used on a suspect before a situation gets escalated high enough that they have to go to another tool that involves pain," said Rafe Jordan, TEECO Safety Vice President.

The BolaWrap has been on the market for three years and about 100 police departments around the country use it, none in Arkansas, but that could soon change.

The pain-free device shoots out an eight-foot kevlar cord that wraps around a suspect.

“Ideally it’s designed for people typically off their meds. People whose minds aren’t right that kind of stuff and officers don’t want to put their hands on them," Jordan said.

The BolaWrap rapid fires out at 640 feet per second and can be used from a distance between 10 to 25 feet.

Officers at the demonstration called it a great tool for law enforcement.

“We are definitely considering looking into the bolo wrap device for our department," Watts said.

The BolaWrap retails for $925 and is not available to the public.