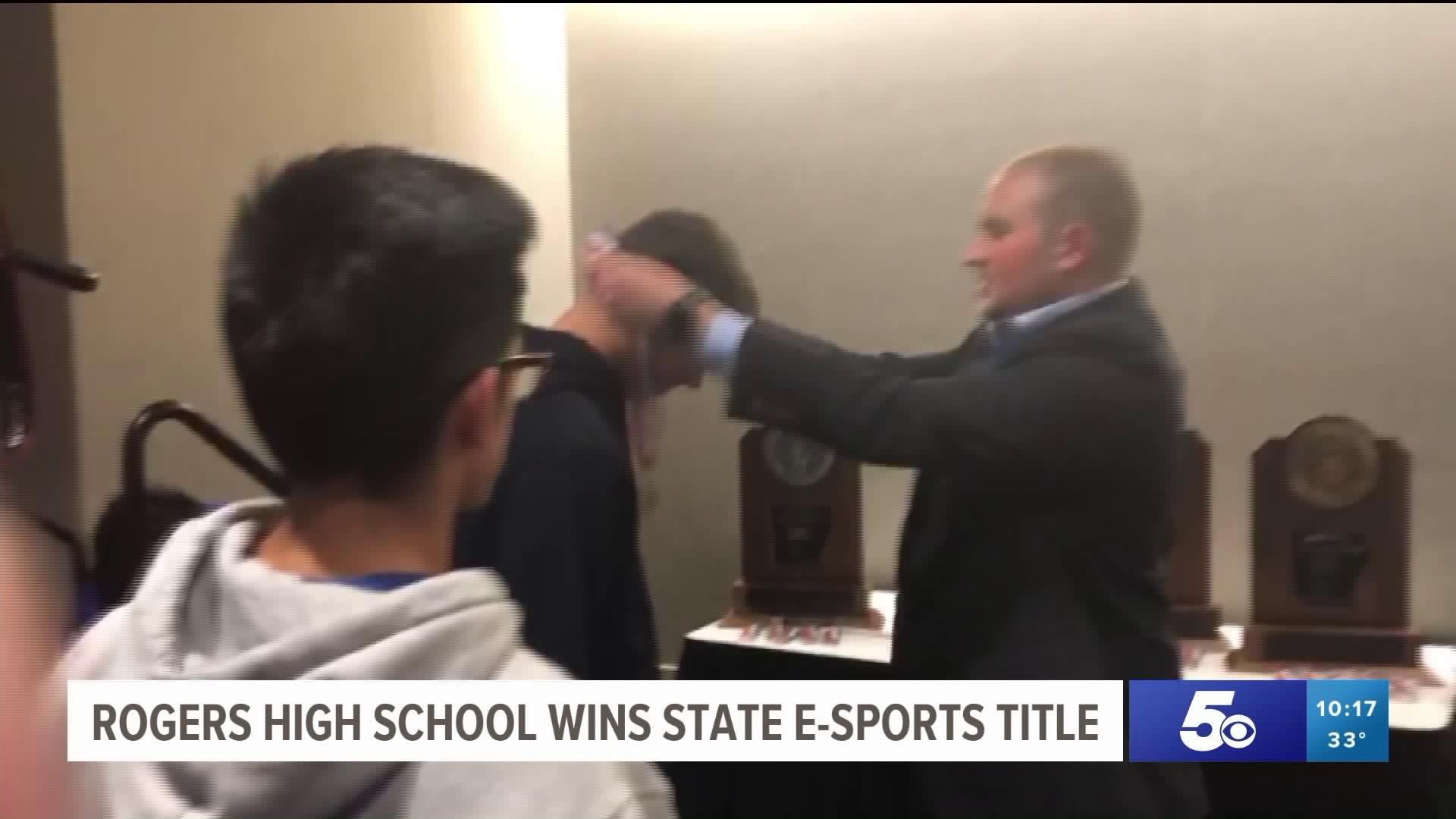 HOT SPRINGS, Ark. (KFSM) — Electronic sports, better known as Esports, are taking over local schools and it's getting pretty competitive.

Esports is ramping up in popularity and players from four area schools made it to the the State Championship by using their thumbs and a controller.

Rogers High School Esports coach, Robert Turney  says he's proud of his team who have worked hard to get where they are.

"Technology advancing with Esports and the games that are being designed now are more competitive, a lot more strategy and a lot more skill is involved. It's going to continue to get bigger and bigger in the state of Arkansas," Turney said.

Van Buren coach Wes Yandell says history is being made in Arkansas.

“Last season they had a championship but it was in house so we're really pumped to be the first ones to go, no matter what I’m super proud to be on that stage and show off our team and show hard work pays off,” Yandell said.

Van Buren High School just had its first Esports college scholarship signee, Jordan Deuley. He will be attending Lyons College in the fall.

“It’s kind of crazy. If I didn’t get into this and our school didn’t get the program life would be different for me," he said.

Deuley and the Van Buren Esports team are competing against Rogers in the State Championship.

“I’m very confident in how we'll do as a team and very excited, I think we have a really good shot at winning,” Deuley said.

Players on both teams say they can practice anytime and anywhere so they’re ready to compete.

They all say they're excited for the future of the game because it's the most inclusive game there is.

Van Buren will take on Rogers at 5 p.m., the same time rivals Northside and Southside will be competing. All four teams are competing in Hot Springs.

Northside High School students sent the Esports team off to state by lining the hallways and cheering them on.