A local couple has been separated for over a year after getting engaged in Thailand in August 2019. 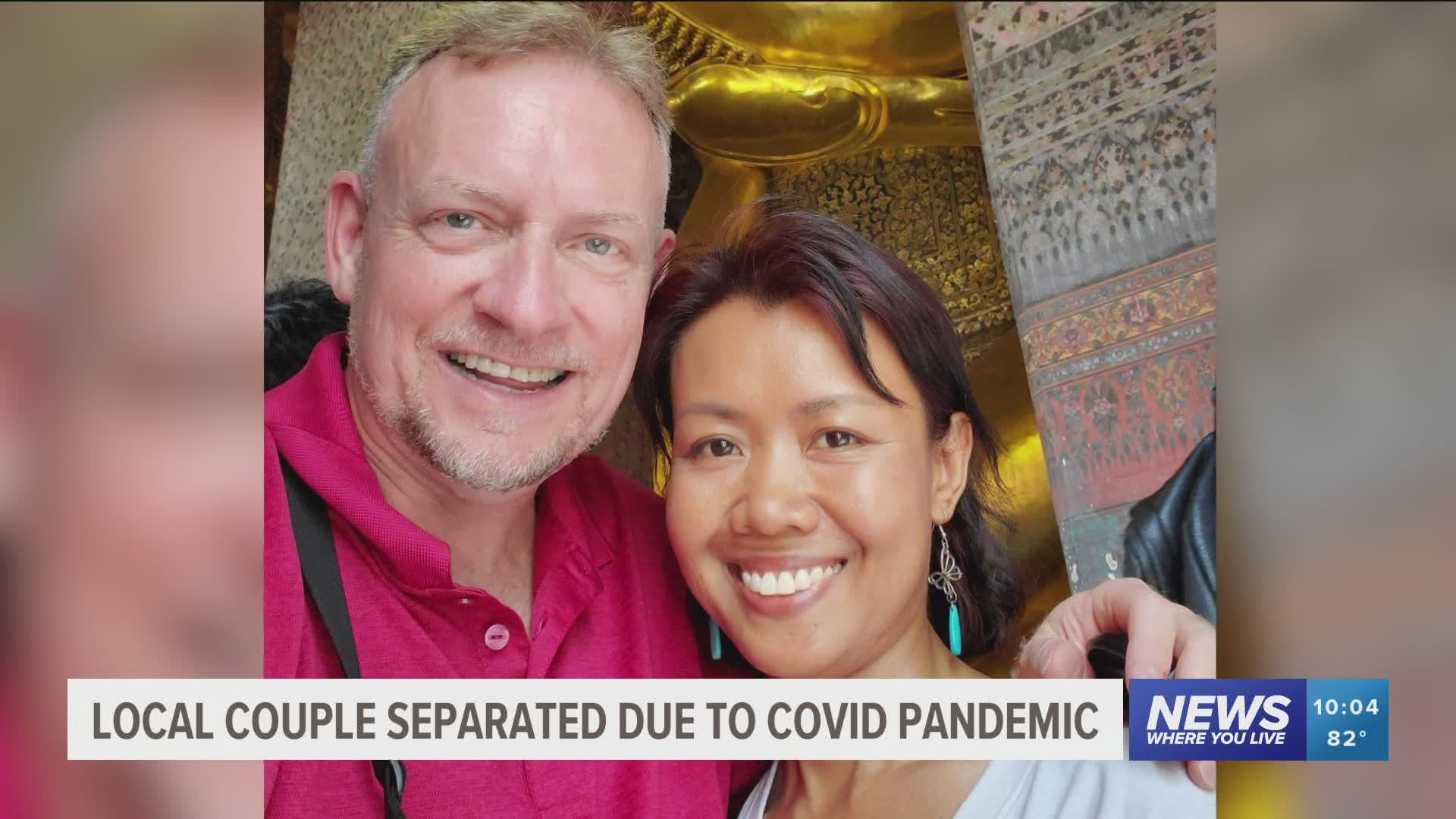 A local couple has been separated for over a year after getting engaged in Thailand in August 2019. When the pandemic hit, they had no idea it would be the last time they'd see each other for an unknown time.

Last year, Donnie Clack, from Barling, traveled to Thailand to propose to his longtime girlfriend, Nisha. She said yes, and they had plans for her to move to the United States in April 2020.

The United States Department of state suspended usual routine visa services in March, so the couple is forced to wait until these services resume.

"We're 9,000 miles apart, it's been really difficult to be that far apart, worrying about each other," says Clack.

Right now, there is no word as to when the visa services will resume, so the couple is having to make it work the best they can with video chat.

"I have to trust him, and he has to trust me, also," says Nisha, who is currently in Buriram, Thailand.

September 1st marks one year since the couple has seen one another.