ARKANSAS (KFSM) — Starting tomorrow (Jan. 1), anyone making minimum wage in Arkansas will see a bump in their paychecks. Arkansas’ minimum wage will incre... 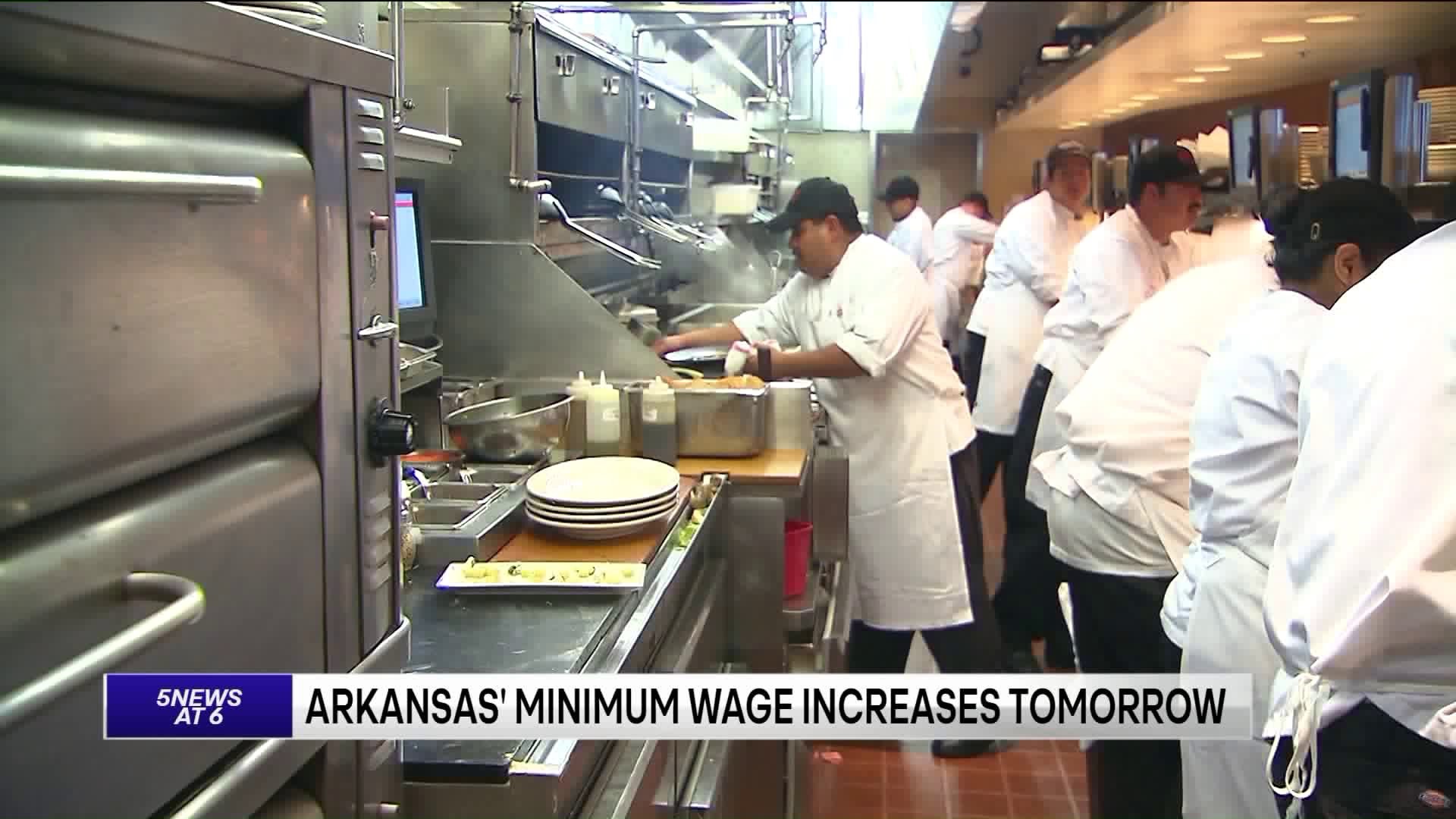 ARKANSAS (KFSM) — Starting tomorrow (Jan. 1), anyone making minimum wage in Arkansas will see a bump in their paychecks.

Arkansas' minimum wage will increase from $9.25 to $10 per hour on New Years Day. The ballot measure was approved by Arkansas voters in 2018.

While employees are happy to see the extra cash, some businesses say this may end up having an overall negative effect.

"With the last one, when it went from $8.50 to $9.25 we had to raise our prices, and when we did that we probably lost 20% of our buffet customers," said Corey Looper, the longtime manager at the Pizza Parlour in Alma.

With another increase starting, Looper says they may have to increase prices again.

"We will, but we're going to hold out as long as we can and I don't know how long that'll be," he said.

While businesses may see a negative effect, others say it is too difficult of a life for employees working on minimum wage.

Raines lives in Johnson and says it is hard for people making minimum to keep up with the times.

"It seems like cost of living is going sky high, but wages have just sat there, it's just hard for anyone to get by anymore," she said.

Along with raising prices, Looper says the Pizza Parlour may have to cut some employees.

They have around 21 employees now, but may have to eliminate at least four jobs. Looper says a minimum wage increase doesn't have the effect that some think it does.