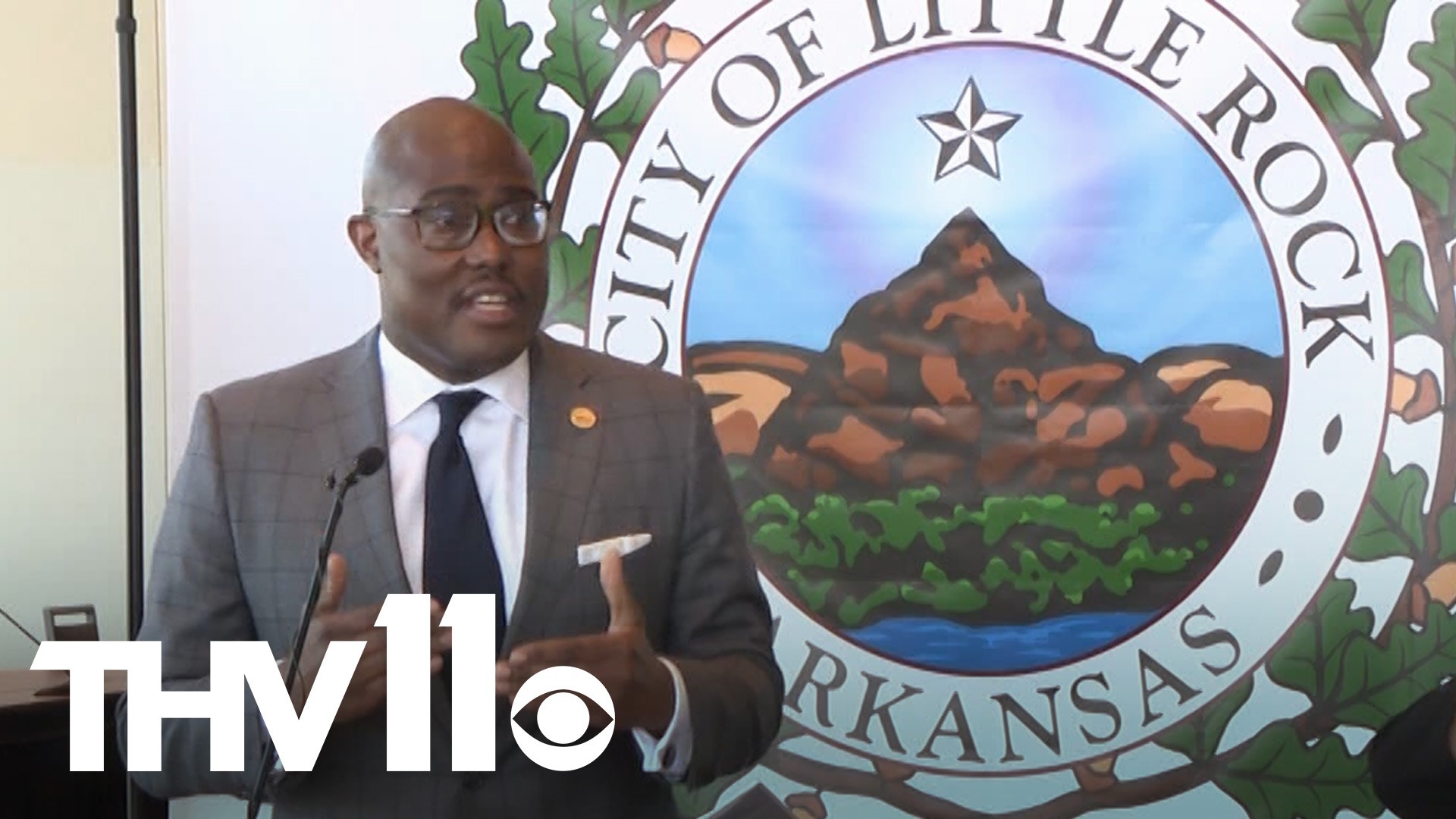 The mayor proposed this last year, but it was suspended once the pandemic hit.

We first heard about this increase at the state of the city address, but on Wednesday the mayor gave more details on what one penny could really mean for Little Rock.

"This is our generation's opportunity to unite, grow and transform Little Rock together," he said.

Mayor Frank Scott Jr. focused on the future in his press conference on Wednesday afternoon.

Part of that future includes a proposal to move Little Rock's sales tax from 9% to 9.625 percent.

"What we can do with this penny that will accrue somewhere around 53 million dollars a year permanently to invest in our city," he said.

"When you see about the investments that we're making it hits every grand scale of every resident. Whether you're low income, moderate income, or high income," he said.

These investments would include things like a senior center, youth sports complex, city street expansions, drainage improvements, a West Little Rock fire station, and more community resource officers in the neighborhood, according to Mayor Scott.

Little Rock Zoo Director Susan Altrui said the increase could transform the zoo by bringing an interactive experience with giraffes and bringing razorbacks back.

"We are doing what families have told us they want to do in Little Rock Zoo and I think they're going to see some huge impact on that," she said.

"We really set the stage for so much that comes later if we get it right in those first couple of years," he said.

Mayor Scott emphasized residents have been craving for this type of investment.

"This is about our city being big, being bold and brave," he said.

The mayor did compare this new sales tax to other cities in our region like Baton Rouge, St. Louis and Birmingham. He said this increase would still get us below most cities in our area.

Mayor Scott hopes to put it before voters this summer.