27-year-old Keyeon Dukes was a father of 3. Little Rock police responded to an incident around midnight on July 3, where they found Dukes shot. 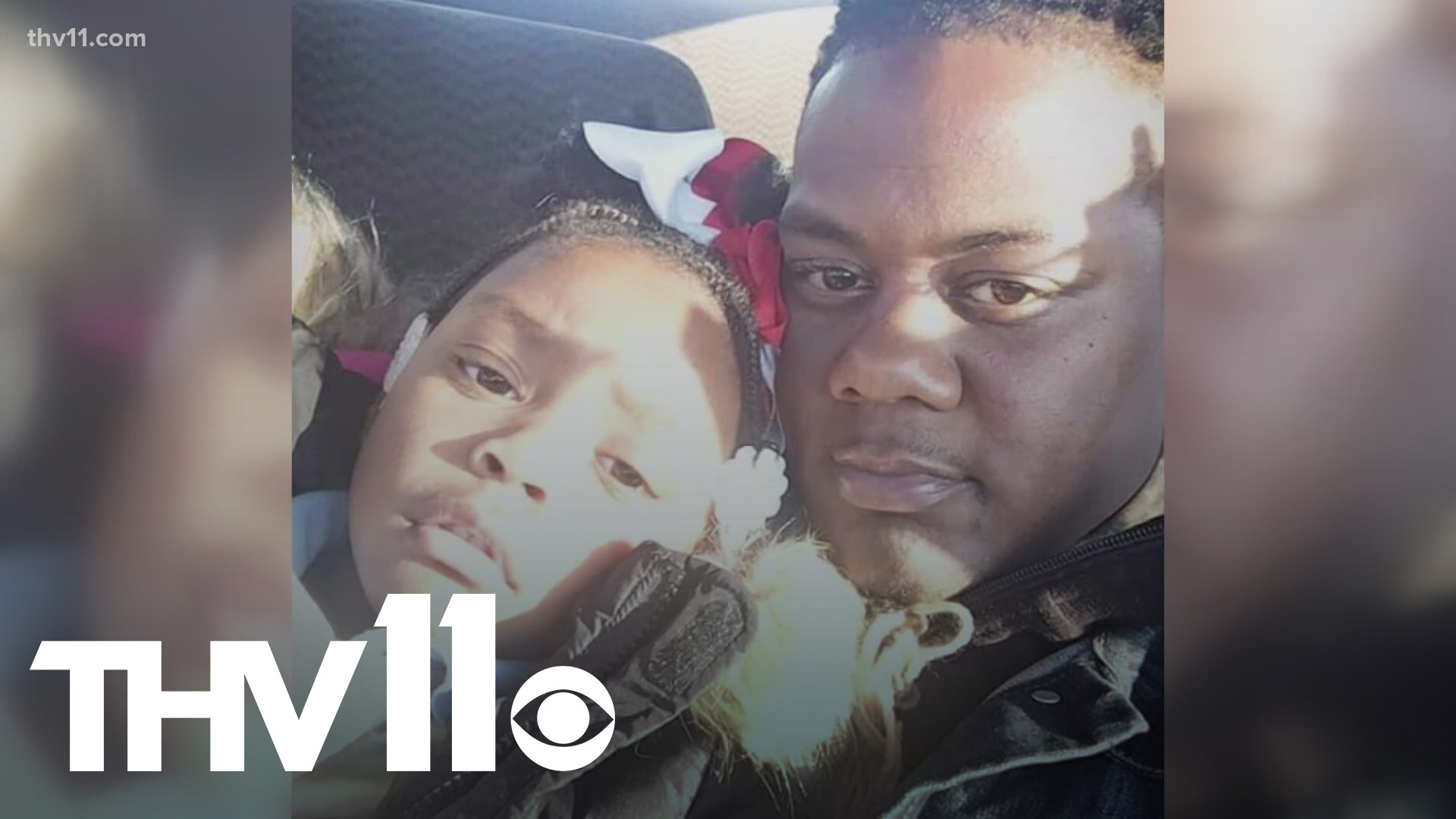 A woman reported the shooting and said it started at a hotel near the 7500 block of I-30.

Following Dukes' death, his family held a balloon release before laying him to rest a week after the shooting.

Police haven't made any arrests in connection to the homicide yet.

Dukes was a father to 7-year-old Khalani, 4-year-old and Keyeon Jr., with his girlfriend currently 8-months pregnant expecting a third child soon.

"Keyeon had a big heart. He was always the person to tell you you're beautiful and that he loves you," Genett Hood, Dukes' mother, said. "He was different than everybody else. He had his own swag. He did his own thing and he was going to live life to the fullest."

15 months ago with Dukes right by her side, Hood buried one of her other sons after he was hit by a car. Now, she finds comfort in knowing that they're taking care of each other on the other side.

TEASE: Coming up at 5:30 PM on @THV11 one daughter is without her father after a shooting 4th of July weekend. His family still looking for answers. pic.twitter.com/9IkNN2vIFa

"They both were loveable. I mean the smiles. They were good in every hood," she said.

Dukes' father, Kent Brown, said the family has yet to receive closure.

Until the person who killed Dukes is brought to justice, there's no rest.

"I know he was out there, but still they didn't have no right to shoot him in the back and do him the way they did. That's cruelty," Brown said.

Duke's godmother, Nikitia Hunter agreed. She said we're currently living in a time where the human lives aren't valued by other people.

"I just pray that whoever done it, they get them. Then, I can tell my baby to rest in peace," Hunter said.

Dukes' cousin, Lakesia Smith works with Central Arkansas' Parents of Murdered Children and said deaths like his leave trauma on the children left behind without their father.