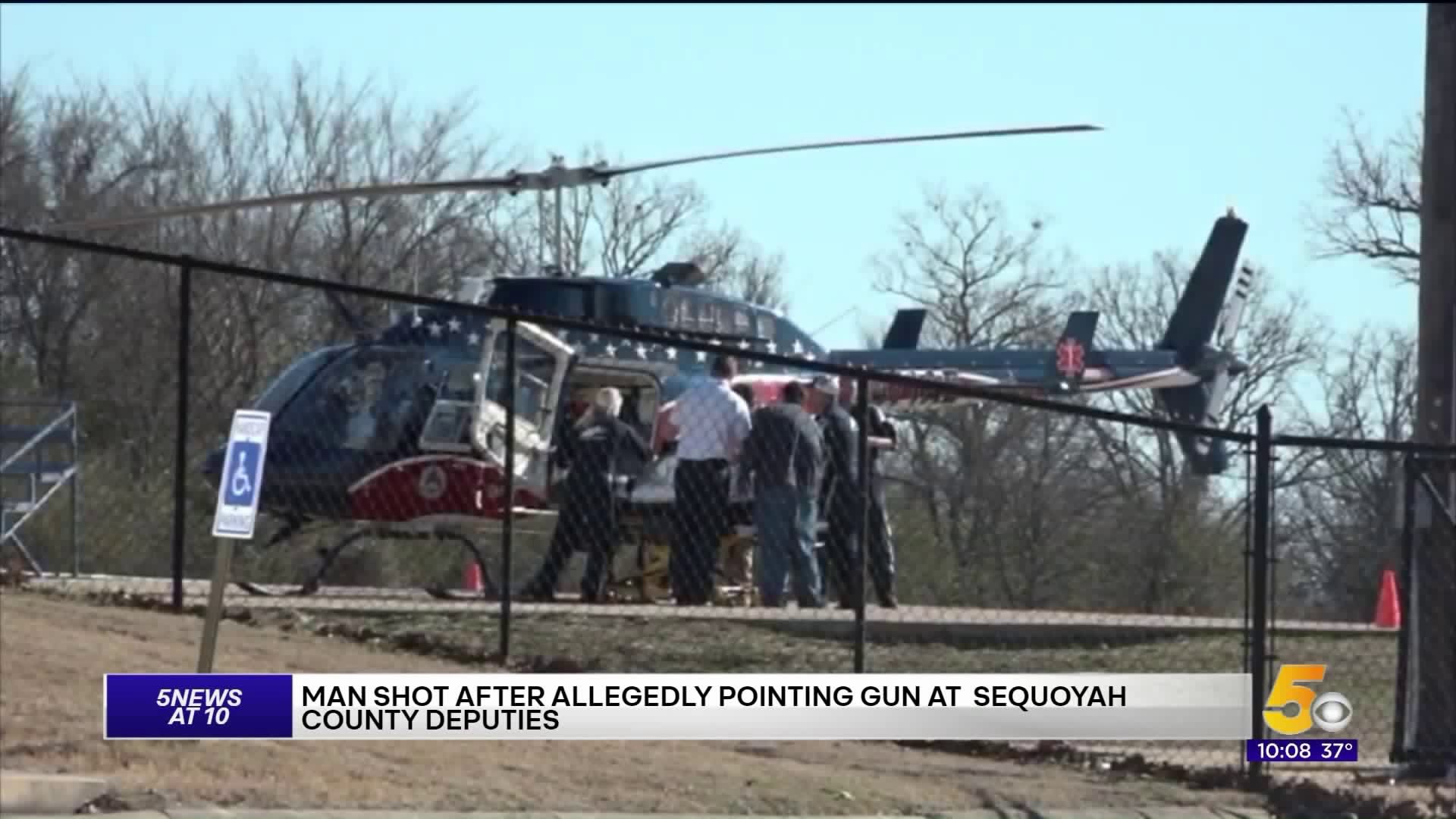 Liberty School, which is grades kindergarten through 8th grade, was put on lockdown after a life flight helicopter had to land on the school's football field. As of 2:15 p.m., the school is no longer on lockdown.

Superintendent Jeff Ransom says the school was only on lockdown due to emergency crews using the football field to land the helicopter. The shooting happened about two miles north of the school near the intersection of E. 1050 Road, known as "Happy Corner."

Law enforcement officials had to transfer the scene to the school so a medical helicopter could land its helicopter.

According to Larry Lane with the Sequoyah County Sheriff's Department, they received multiple calls Tuesday (Jan. 7) about a man waving a gun around and pointing it at drivers two miles from the school. Lane says the man had a real gun and a replica gun, possibly a BB gun, on him at the time.

Two deputies arrived and tried to make contact with the man but said he was not cooperating when told to put the guns down.

Lane says the man then pointed the gun at the deputies, and deputies shot him four to five times. The deputies were not injured but Lane says there are gunshots through the patrol vehicle's windshield. It's unknown at this time where the gunshots came from.

The man's parents arrived shortly after the shooting and are cooperating with investigators.

Per policy, the deputies have been placed on administrative leave until the investigation is complete.

There were multiple ambulances and a rescue helicopter at the school. According to Liberty Police, the man was air-lifted to a Fayetteville hospital.

Police are still investigating the incident at this time.

The man's identity has not been released. His condition is also unknown at this time.

Stay with 5NEWS for more on this developing story.