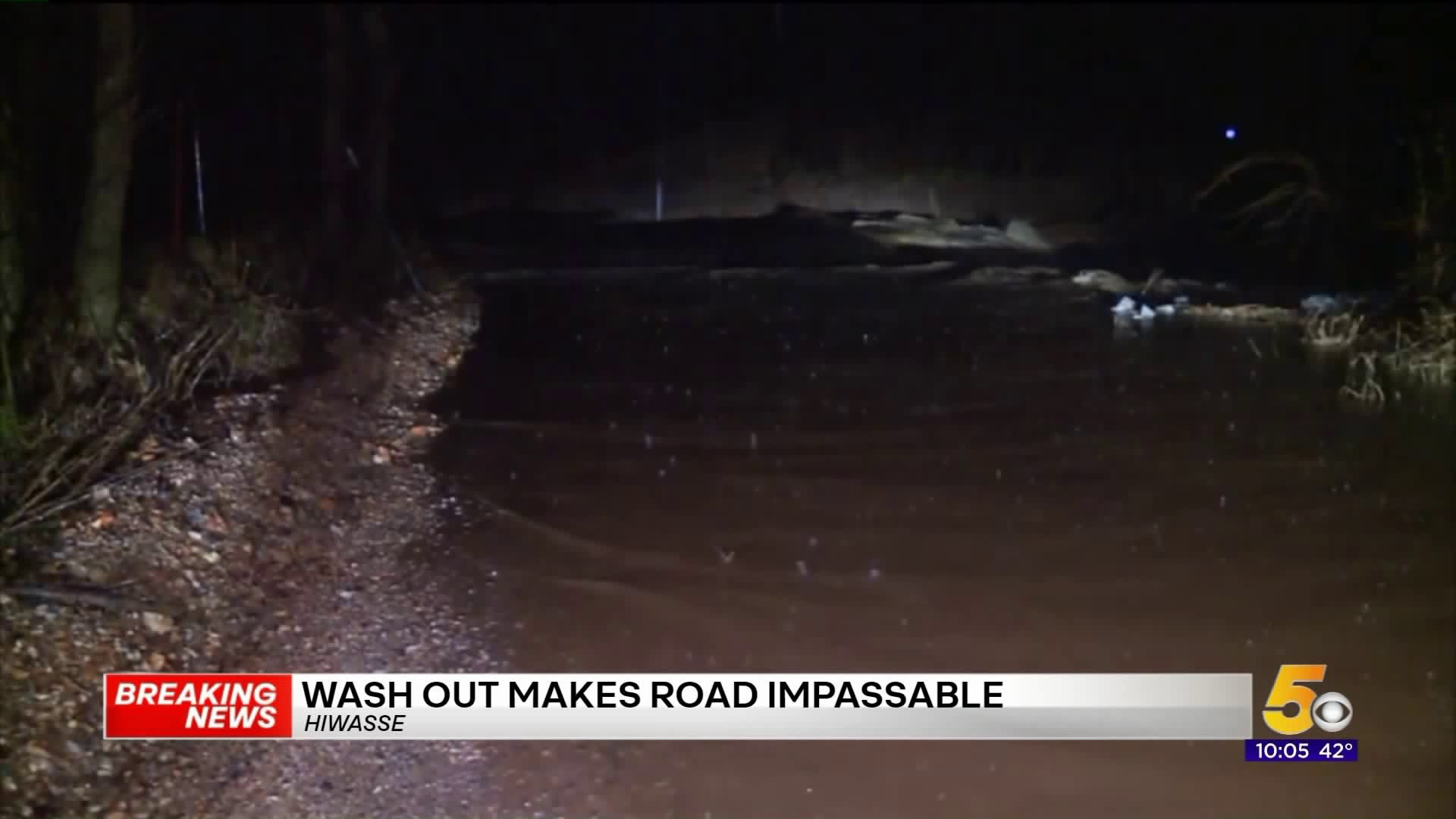 HIWASSE, Ark. (KFSM) — A portion of Dickson and Fruitwood Roads in Hiwasse was washed away during flash flooding Friday (Jan. 10) night.

Benton County Roads Department now has the road that was washed away blocked off.

A neighbor in the area says the last time this road washed out, the hole that was left behind when the water cleared was big enough for a car to fit inside.

She says the same spot did wash out in early October and the roads department will be formulating a permanent solution to the issue.

“When we find that there is some sort of washout in the road we go directly to that spot and check it out and make sure people aren’t going across there so the first thing that we did when we found out there was some kind of washout is we went and to make sure there wasn’t a safety issue and to put barricades up which is what we are doing right now,” Barker said.

Though it is a fairly rural area, this road is still part of a school bus route.

Barker says they will be working with the school district to ensure students are able to get home safely on Monday.

She also says crews are working around the clock to prepare for the winter weather that's possible tomorrow.