Junior High Football Coach Recovered After Stint In The Hospital

A neighbor found Coach Doug Pogue lying on the ground one morning and called 911 because he was unresponsive. 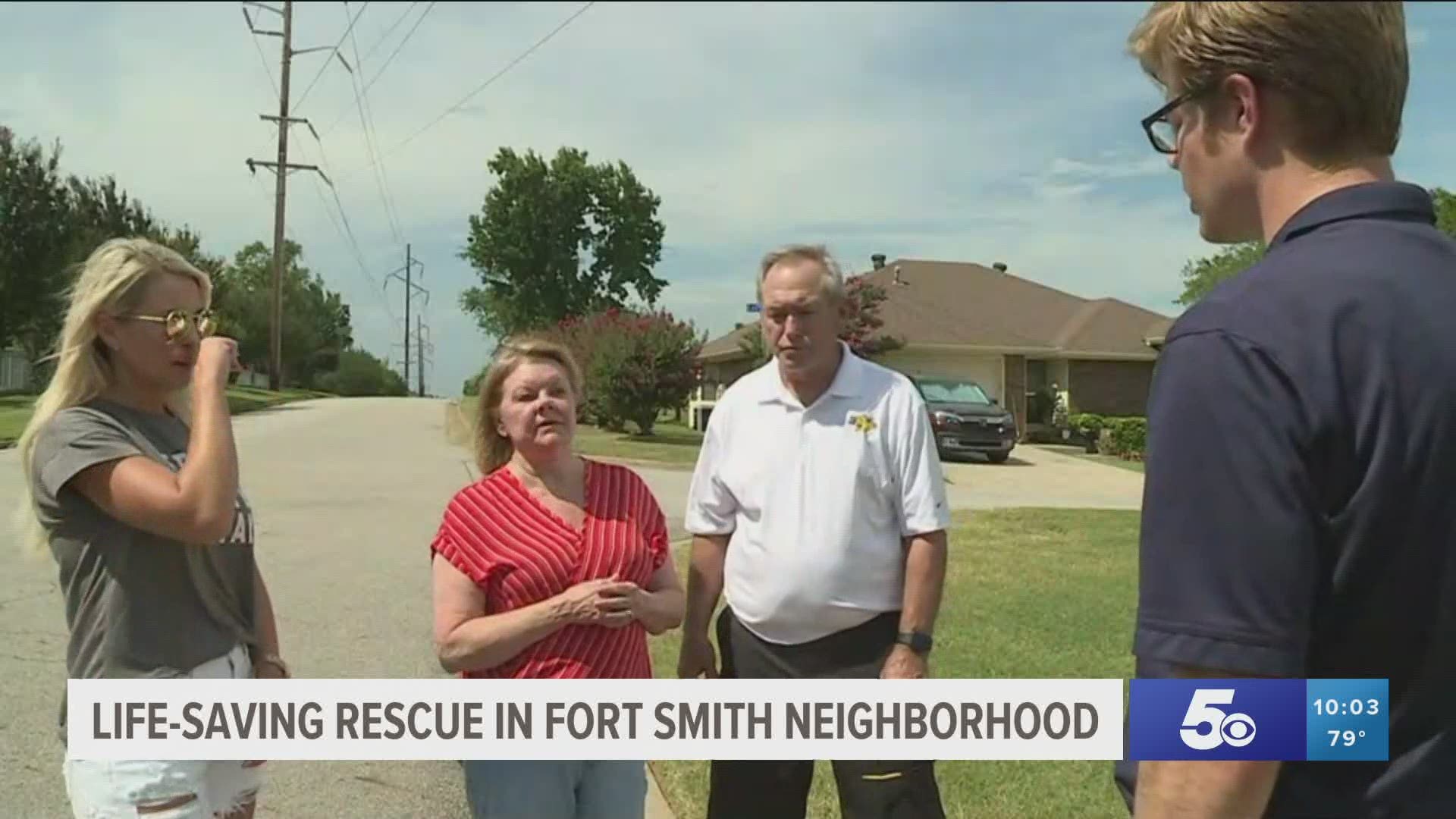 FORT SMITH, Ark. — Chaffin Junior High football coach Doug Pogue is healthy now and walking around. A month ago, he had gone into cardiac arrest and was found lying on the side of the road.

It was the early morning of June 3rd when Emily Starr was running late to pick up her son to take him to the gym. She had to double back to grab his pre-workout drinks. As she was leaving the neighborhood, she noticed her son's former football coach on the ground.

"I don't have any other words to describe it besides helpless and panic," said Emily Starr, neighbor and friend of the Pogue's.

She said at first she didn't know what was going on. But as she kept asking him if he was OK, he remained unresponsive. Starr called 911 and waited beside the coach.

"You feel helpless. I didn't know what was happening to him so I kept saying 'it was going to be OK, 911 is coming,' even though I wasn't sure that it was going to be OK at all. I have zero experience with this kind of thing," said Starr as she replayed the morning in detail.

Marsha Pogue, Doug's wife, was made aware of what was going on and immediately rushed to her husband. She said that it took over 20 minutes for paramedics to revive him.

"Then they whisk him away to ICU. From then on I didn't see him for nine days," said Marsha Pogue.

At one point Coach Pogue was in a medically induced coma. While in the hospital he also had a birthday, and had to communicate with his family through Facetime.

Chaffin Junior High held a prayer vigil on his birthday June 7th. He has been football coach there for 42 years. Pogue said that more people than he could imagine have reached out to him and showed their support for his well-being.

Marsha said her husband has made a strong and quick recovery.

"After the third day he just continued to get stronger every day," said Marsha, with a smile on her face.

Coach Pogue is back to driving and plans to go to work on Monday for the first time in a month.

The family, along with Emily, say that God had a hand in the events that transpired and how it all shaped out.

Doug Pogue said he plans to go visit with the first responders and thank them for what they did to save him.