(CNN) — Johnson & Johnson announced on Friday that it’s initiating a voluntary recall in the United States of its popular Johnson’s Baby Powder ... 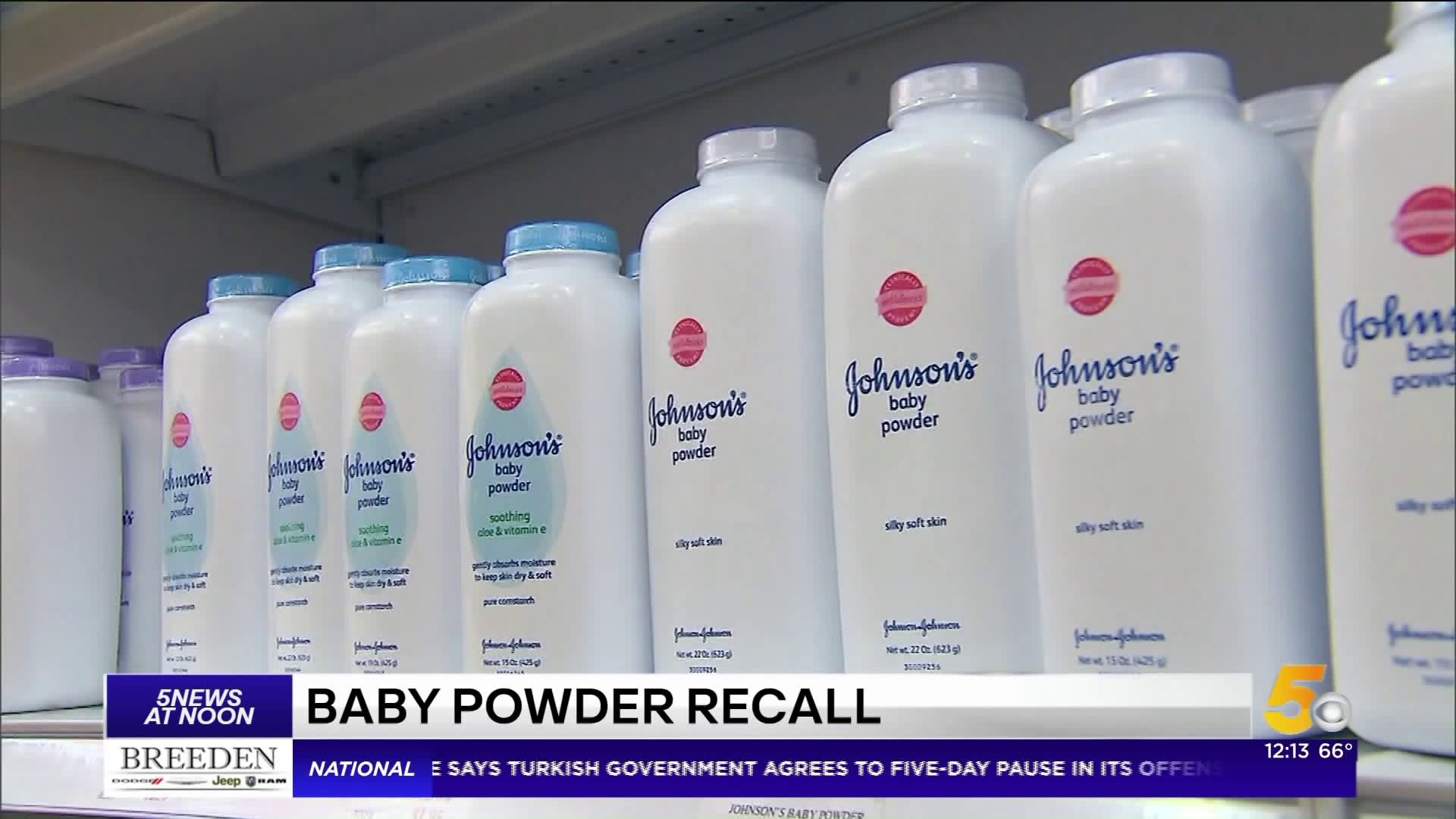 (CNN) — Johnson & Johnson announced on Friday that it's initiating a voluntary recall in the United States of its popular Johnson's Baby Powder due to low levels of asbestos contamination.

The recall, which is limited to one lot of baby powder bottles produced and shipped in the United States last year, comes in response to a US Food and Drug Administration test that found levels of chrysotile asbestos contamination in samples from a bottle purchased online, according to the company.

People with a bottle of Johnson's Baby Powder from lot #22318RB, which includes 33,000 bottles, are advised to discontinue using the product and can contact the company for a refund.

The company noted that the levels found were no greater than 0.00002%, and that at this early stage of its investigation into the matter, it cannot confirm whether cross-contamination occurred, whether the sample came from a bottle with an intact seal or whether the tested product is authentic.

Johnson & Johnson "has immediately initiated a rigorous, thorough investigation into this matter, and is working with the FDA to determine the integrity of the tested sample, and the validity of the test results," the company said in its announcement.

The company "has a rigorous testing standard in place to ensure its cosmetic talc is safe and years of testing, including the FDA's own testing on prior occasions — and as recently as last month — found no asbestos. Thousands of tests over the past 40 years repeatedly confirm that our consumer talc products do not contain asbestos."

Talc is an ingredient used in many cosmetic products, such as baby powder and blush. The FDA has been conducting ongoing research into the potential contamination of talc with asbestos.

"Both talc and asbestos are naturally occurring minerals that may be found in close proximity in the earth. Unlike talc, however, asbestos is a known carcinogen. There is the potential for contamination of talc with asbestos and therefore, it is important to select talc mining sites carefully and take steps to test the ore sufficiently," according to the FDA.

Johnson & Johnson said in its Friday announced that the "company is acting out of an abundance of caution."

The company has faced allegations of asbestos contamination in its talcum powder.

A Reuters report published last year said that the company was aware for decades of asbestos in its baby powder but did not disclose that information.

Lawsuits have been filed against the company in the United States alleging that asbestos in its talcum powder causes cancer. Some of those cases carried verdicts against Johnson & Johnson with multimillion dollar awards to plaintiffs.