JJ's Bar and Grill located throughout Arkansas is feeling the effects of the rapidly spreading coronavirus. 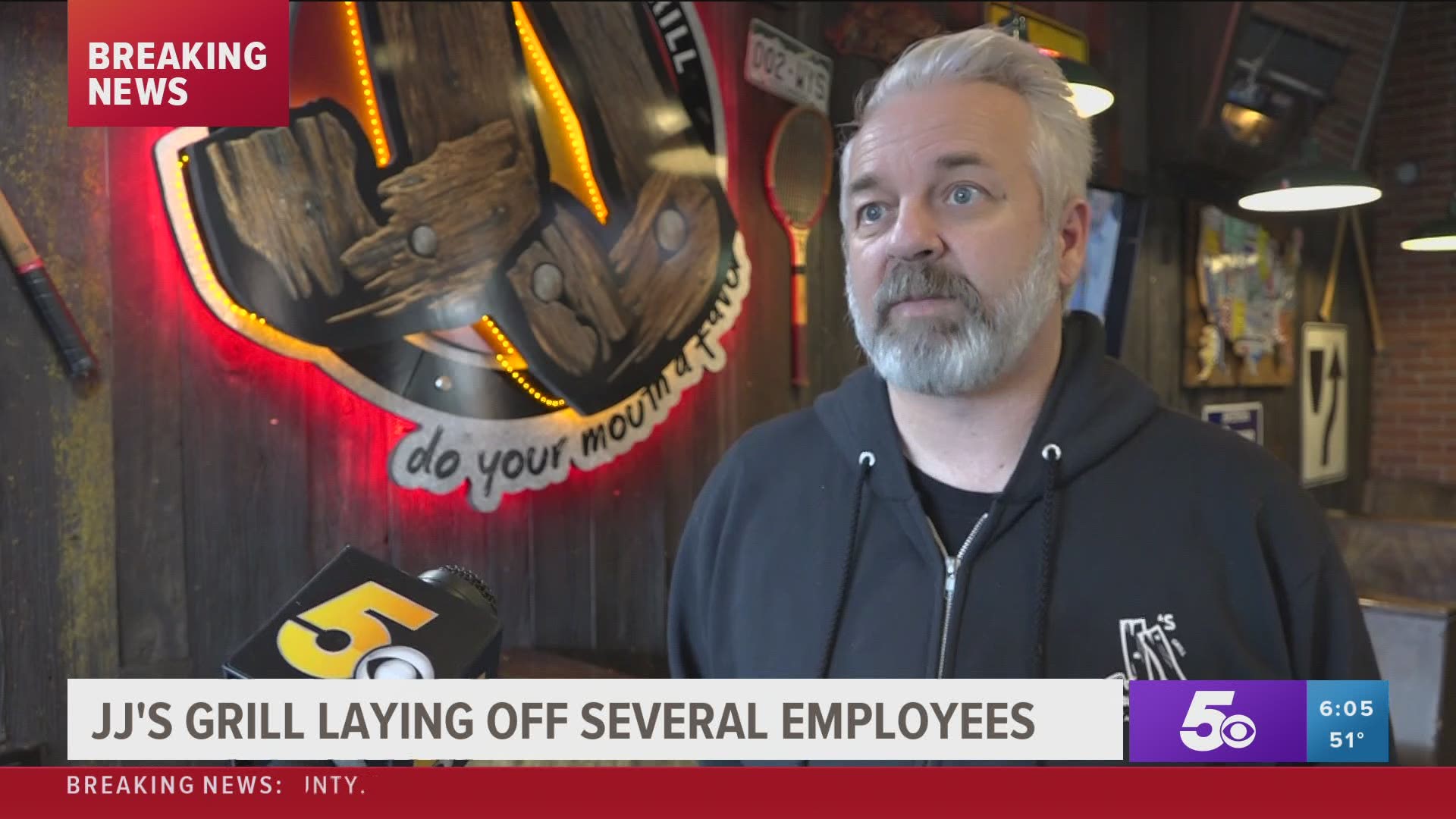 FAYETTEVILLE, Ark. — JJ's Grill is feeling the effects of the rapidly spreading coronavirus.

Jody Thornton, the owner of JJ's Grill, says it was the worst day of his professional career.

On Friday (March 20), Thornton posted the decision on Facebook that 400 of his 450 employees would be laid off.

“It was the hardest day of my life, some of them have been with me 12 years since we opened,” Thornton said.

This comes after Governor Asa Hutchinson issued a directive forcing all restaurants and bars to shut down their dining rooms and to offer to-go and deliveries only and it's unknown when businesses can fully open back up their doors.

“The people that got laid off, I’m devastated," Thornton said. "Some of them have been with us forever and there was no reason, except maybe the hours, they could have worked. I honestly don’t even know what the reasons were, we could just only keep a few people.”

Of the people who are still on payroll, Thornton says they have tough times ahead for them too.

“Everyone is taking a pay cut, everybody is getting paid the same thing," he said. "To our top admin position to our cook. Everybody is making the same thing through here on out to see how long we can stand to make it while we are closed.”

Alison Tussey considers herself one of the lucky ones. She says she's thankful to still have this job but hurts for members of her restaurant family who do not.

“There were a lot of tears yesterday from everyone in the company, it’s been really hard,” she said.

Thornton along with the rest of the employees are going to do whatever they can to help the workers they had to let go.

“It’s beyond sad and it’s unfair, but there’s nothing we can do," Thornton said. "We have to make the choices we have to make. And we hope we can get some help and we are going to keep fighting for them.”