FAYETTEVILLE, Ark. (KFSM) — A 24-year-old man is facing several charges for breaking into a house in Fayetteville early Thursday (Nov. 8) morning. According to ... 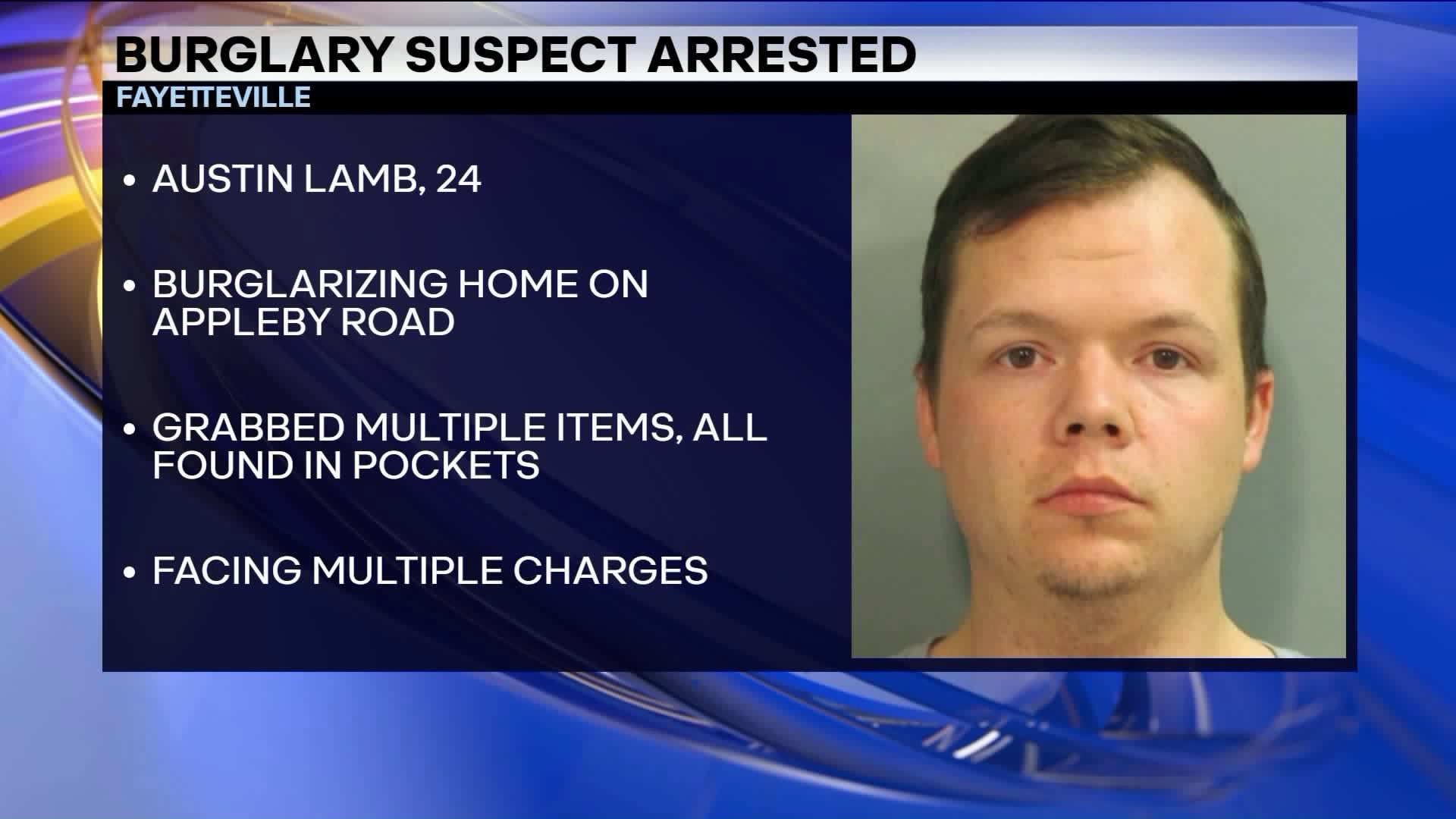 According to an arrest report, an officer responded to a house on Appleby road after a caller stated they could hear glass breaking around the area. Once on the scene, the officer also heard glass breaking and called in reinforcements.

A man with a flashlight was noticed inside the house.

Officers surrounded the home and waited for the suspect, Austin Lamb, to climb out the back window.

Lamb was placed in handcuffs and placed in a patrol car after being confronted by officers.

He admitted to entering the home through an already broken window.

Once inside, Lamb said he grabbed a cable, which may have been a charger, a pill bottle, and whatever he could grab, according to an arrest report.

Lamb stated he put all the items in his pockets because he was afraid to leave fingerprints behind. All things Lamb listed were located on his person.

He admitted to officers he was intoxicated and blamed it for his actions for burglarizing the home. An officer stated in the arrest report, he could smell a strong odor of intoxicant on Lamb and observed red, watery eyes and slurred speech.

Lamb told officers the owner of the home owed him money.

According to the homeowner, Lamb had been advised to stay away from the area but instead decided to burglarize the home and caused an alarm to the owner.

Lamb was transported to the Washington County Jail.