Snipers from Canada, Poland, Denmark and the Netherlands joined the U.S. National Guard in a five day sniper competition held in Fort Chaffee. 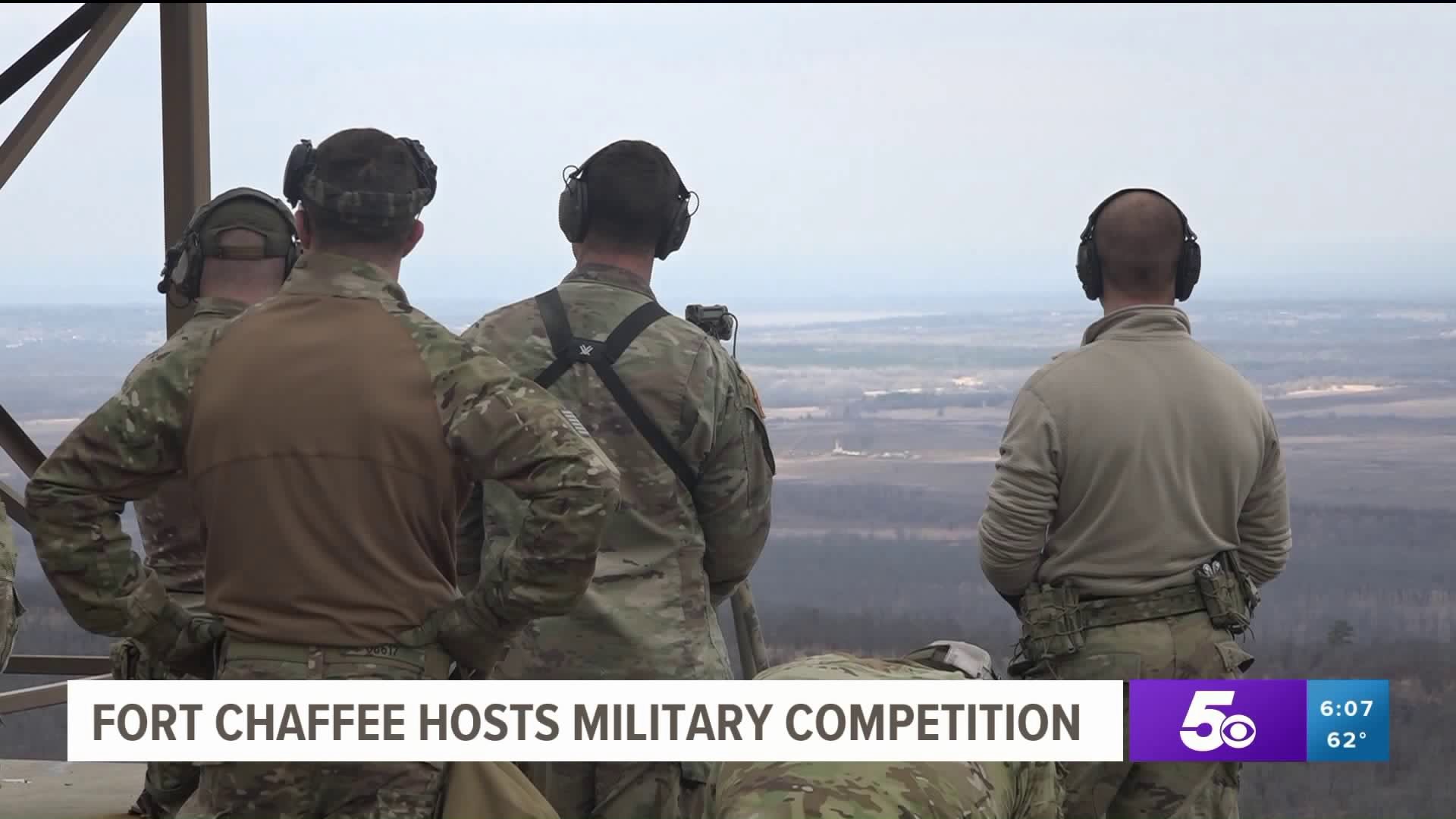 There were soldiers from 20 states in the U.S. from California to New York, all competing to win this year's Winston P. Wilson Sniper Championship in the River Valley.

Soldiers prepared for this all year long as they try to prove their unit is the best.

“A lot of these guys don’t get the chance to do a lot of lot of extra training outside of the military, they train for this and look forward to it all year long,” said Deputy Commander David Stapp.

Some of the challenges included long-distance target shooting, some of the targets are around the size of a piece of paper, and the soldiers can hit them from a half-mile away.

These snipers are so good at what they do, one of the challenges imitates an injury. The competitors had to tape up one arm and tie their own tourniquet- shooting targets 800 meters away, with one hand.

Monday (Feb. 17) was the third day of the competition but the soldiers do not find out the rankings until the end of the challenge on Wednesday (Feb. 19).

This will determine who gets to move on to the International Sniper Championship in Georgia later this year.

The 39th Infantry Brigade Combat Team is representing Arkansas in this competition.