Hundreds Of Truckers Stranded Across The Country After Company Shuts Down

INDIANAPOLIS (WTHR) – As of Monday morning, thousands of employees with Indianapolis-based Celadon are without a job. ​​ CEO Paul Svindland confirmed the compan... 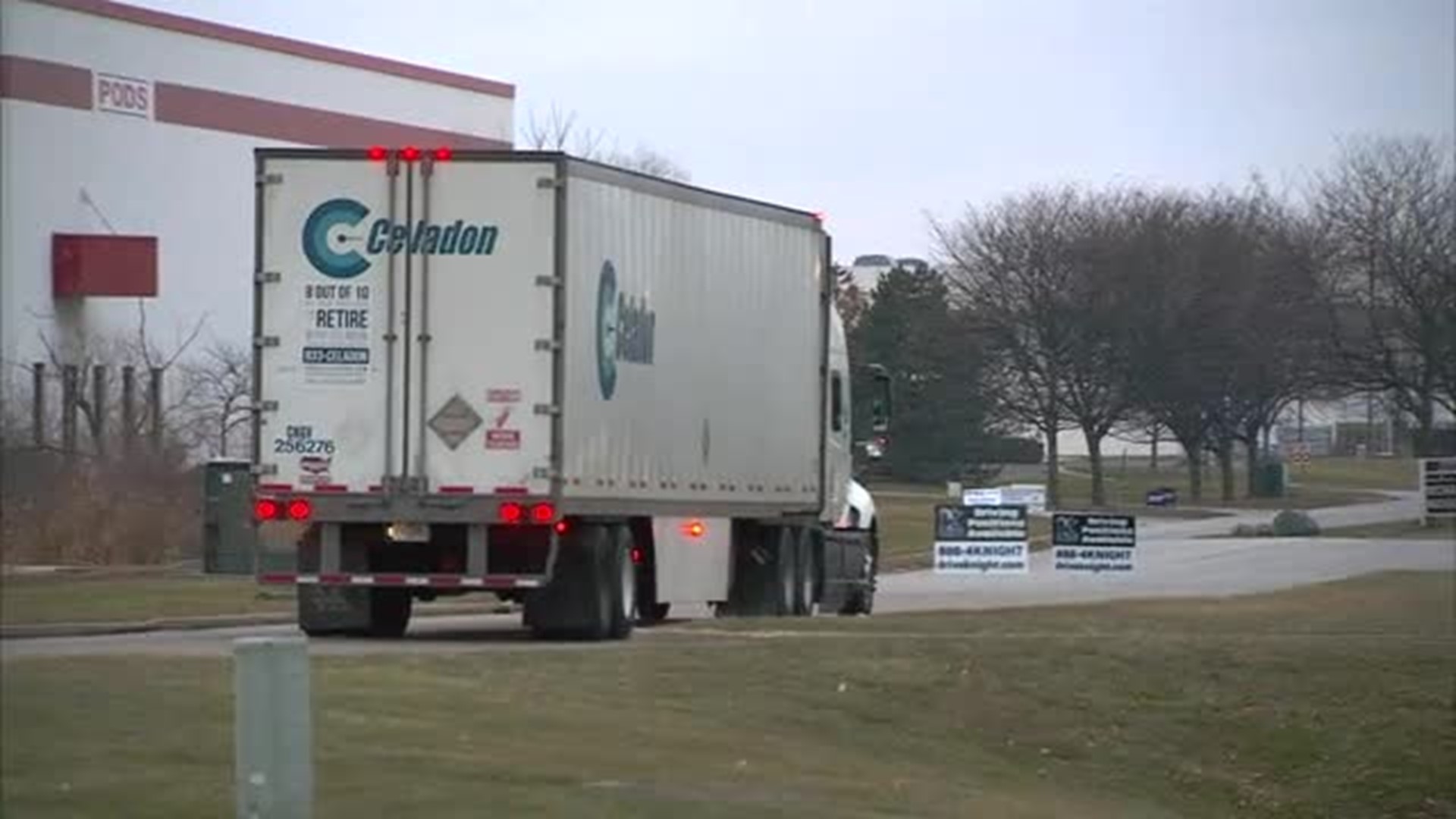 INDIANAPOLIS (WTHR) – As of Monday morning, thousands of employees with Indianapolis-based Celadon are without a job. ​​

CEO Paul Svindland confirmed the company's filing for Chapter 11 bankruptcy at midnight. He went on to say the entire company will shut down all business operations except for the "Taylor Express" subsidiary in Hope Mills, North Carolina.

Svindland went on to say the company will ensure drivers deliver their last loads safely and will then be instructed on where to deliver their equipment.

"We have diligently explored all possible options to restructure Celadon and keep business operations ongoing, however, a number of legacy and market headwinds made this impossible to achieve," Svindland said in a press release. "Celadon has faced significant costs associated with a multi-year investigation into the actions of former management, including the restatement of financial statements. When combined with the enormous challenges in the industry, and our significant debt obligations, Celadon was unable to address our significant liquidity constraints through asset sales or other restructuring strategies. Therefore, in conjunction with our lenders, we concluded that Celadon had no choice but to cease all operations and proceed with the orderly and safe wind down of our operations through the Chapter 11 process.”

A source tells Eyewitness News that thousands of drivers are left jobless and stranded across the U.S. because company gas cards have been shut off. More than 500 administrative positions will also be eliminated.​​

While many Celadon drivers are being asked to return their truck in exchange for a bus ticket home, Lindsey and her husband lease their truck.

After news surfaced of two former executives of Celadon were indicted by a grand jury, concerns about the company filing for Chapter 11 bankruptcy ballooned into reality.​​

"I had a feeling something like this was going to happen. I just wasn't expecting it of this magnitude," said Isabella Mills, a former Celadon driver.​

"Normally I was doing about 4,000 miles a week, and I was making bank. It wasn't until about May or June when loads would be offered to me. I would get a shipper-receiver and then the shipper told me loads were canceled. I've been sitting an average of three to four days waiting on a load," said Mills.​​

Mills says many of her friends are scared, frustrated and angry. ​​

"There's a lot of trucks broken down. I know about 20 trucks out of fuel. Many are sitting at truck stops waiting for a load who is now stranded because of everything that's going on," said Mills.​​

Trucking companies are offering jobs and sign-on bonuses, but there are those who are still struggling to find transportation for their belongings and even their pets. For Lindsey, her frustration is losing her business she worked so hard for.

Minkler says the pair concocted and carried-out a complex scheme to inflate the company's value and when the plan unraveled two years ago, shareholders lost more than $60 million. ​​

"As alleged in this indictment, Celadon's books did not reflect the fact that the value of their trucks declined during 2015 and 2016 by tens of millions of dollars," said Minkler.​​

Minkler said the indictment also alleges Meek, Peavler and others obtained a $25 million loan for their company to falsely pay down a debt but never revealing to lenders or others that it was a loan and then paying back $27 million days later.​​

If convicted, they could face decades in prison.​​

Many drivers are now reportedly having communication issues with bosses. ​​

"They were not able to get ahold of fleet managers. They have no word from their bosses, and it's making everybody panic," said Amy Mills, Isabella's wife.

Amy says they're trying to connect drivers with financial assistance and jobs through a Facebook group called Teddy's Trucker's Association.​​

"We've been working around the clock making sure these drivers can get home," said Amy. ​​

The Millses say it's been tough on drivers.​​

"Many are dropping their trucks off at truck stops and going home," said Amy.​​

Due to gas cards being inactive, it can cost a driver anywhere from about $400 to $700 to fill up. Depending on the truck, one full tank of gas can last for about 800 to 1,600 miles. That money will have to come out of driver's pockets.​​

Offers of help are pouring in for the thousands of truck drivers affected by Celadon's bankruptcy filing.

From job offers to bus tickets for stranded drivers, other trucking companies are offering their assistance through social media.

John Paugh, President and CEO of Carter Express/Logistics in Anderson, said his company is offering a job and two-week sign-on bonus to any Celadon employee.

"I'll be honest, part of it is selfish," Paugh said. "I need employees, but it's just really the right thing to do. I mean I can't imagine losing my job over Christmas. It's terrible."

In October, Eyewitness News reported on a nationwide truck driver shortage. According to the Indiana Motor Trucking Association, the industry is short about 60,000 drivers nationwide and that could grow to 100,000 over the next few years.

A spokesperson for Indianapolis-based Venture Logistics said the would also welcome "any qualifying driver."

“Today’s decision by Celadon is the result of the worst kind of corporate recklessness, with the actions of a few highly-paid executives creating tragedy for workers across Central Indiana." - Mayor Joe Hogsett

He said he has directed his offices and community partners to identify Celadon workers and provide short-term resources and training to help with getting a new job.

Assets is approximately $427 million with an estimated $391 million in liabilities.

There are approximately 3,800 employees. About 2,500 of those are drivers and there are 380 independent contractors.

The company has asked the court for permission to pay employees.