Hundreds Enter 4th Day Without Power, But More Than 17,000 Have Had Power Restored 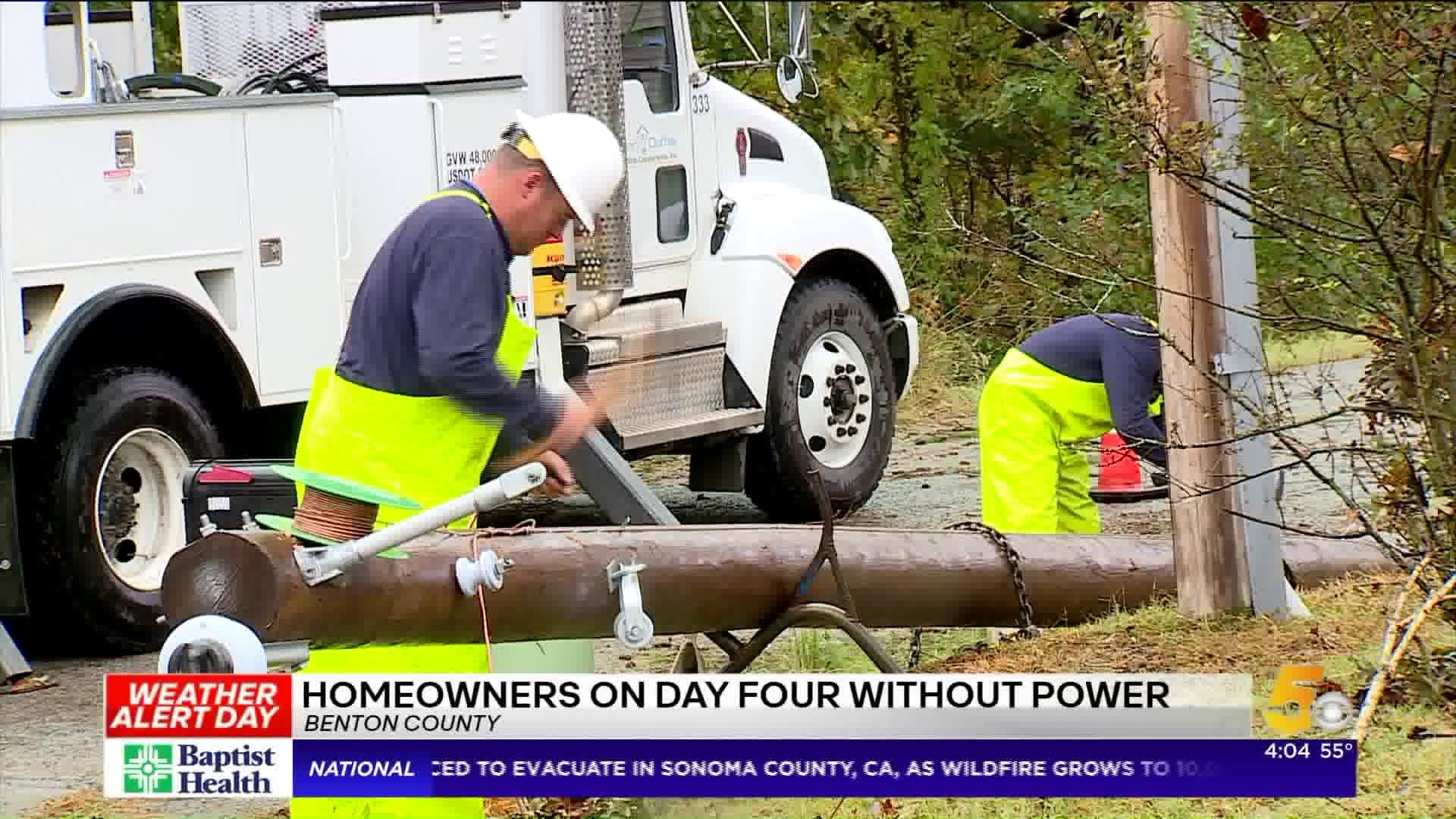 BENTON COUNTY (KFSM) — More than 2,000 people are still without power in Benton County, three days after tornadoes and straight-line winds toppled power lines throughout the area.

Carroll Electric showed 2,052 without power in Benton County and two in Washington County as of 9:30 a.m. Those numbers were down significantly from the more than 19,000 who lost power during and after the storms Monday (Oct. 21).

Nancy Plagge, director of communications for Carroll Electric, said workers are continuing to replace broken poles and restore power. The biggest concentration of outages left is in the Prairie Creek area near Rogers and Beaver Lake, she said.

"We're likening the damage there to the 2009 ice storm, as far as devastation, though it's more concentrated there," she said.

"Today, with the weather, it will probably be a little slower," she said.

She said power has mostly been restored on the western side of the county. The few stragglers who remain likely have damage to their homes and can't receive power.

"Until those meters are turned back on, those tickets will remain open," she said, which is why a large area may show only one or two customers left without power.

Plagge said more than 17,000 customers have had their power restored since Monday.