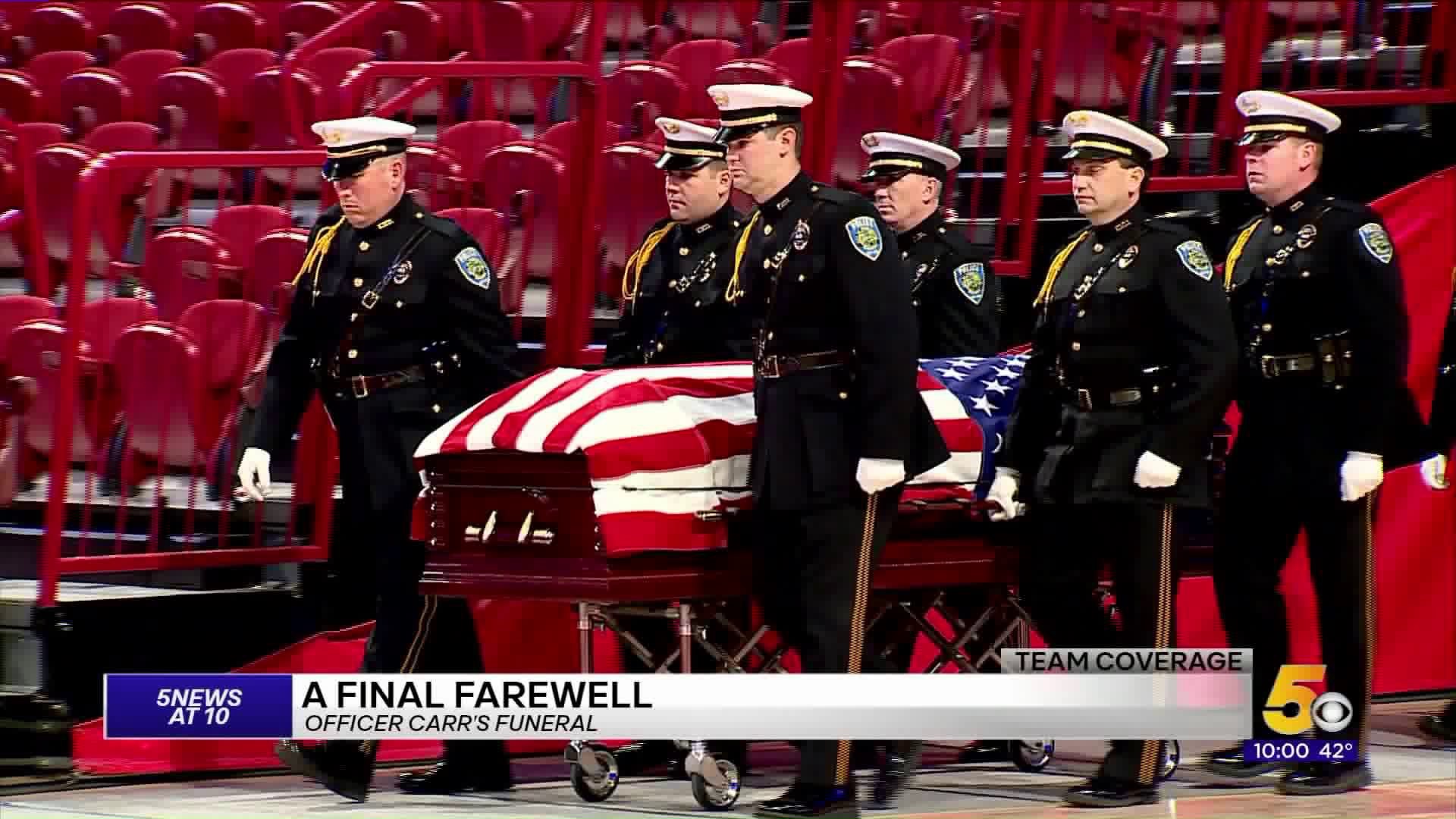 On Saturday (Dec. 7) Officer Carr was executed while sitting in his patrol cruiser behind the Fayetteville Police Station.

Seats filled up quickly in the arena and not many were empty.

Officer Carr's uncle, two best friends and Fayetteville Police Chief Mike Reynolds were among those who spoke about his 27 years of life.

They talked about Officer Carr growing up in the Woodlands Texas area and playing college football at Southwest Baptist University in Missouri where he graduated with a Bachelor of Science in Economics and Finance.

After graduation, Officer Carr worked at Sam's Club before joining the Fayetteville Police Department, which loved ones say was always a lifelong dream.

“He was someone you wanted to be around," said family member Andrew Skiles. "He was just always smiling. Always happy. Someone enjoyable that you knew always something good was happening around him.”

He was also known for his love of cooking, was a huge Texans fan and loved hunting with his dad.

“Stephen was all about competition, having fun and full of life. Just the best kid I’ve ever known,” said his uncle Brian Carr. “Somehow Stephen would always have time to take a break and he’d start going through your refrigerators and he was looking for expired food items. He would find things in there that you wouldn’t even know was there. Well, Stephen had a knack for finding those things. So while Stephen is preparing this beautiful meal. He’s also lining up all these boxes and cans on your counter like trophies.”

“As the police chief, I make this vow. Stephen Carr's badge number 413 will not be forgotten. May God bless the family. God bless each and every one of you. And god bless the Fayetteville police department,” Reynolds said.

The memorial for Officer Carr has been moved to the outside of Bud Walton Arena and continues to grow.

Below is a link to the full funeral service.