Human remains found near Heavener confirmed to be missing man

The human remains have been identified as 83-year-old Harold Snyder, who went missing in April of 2019. 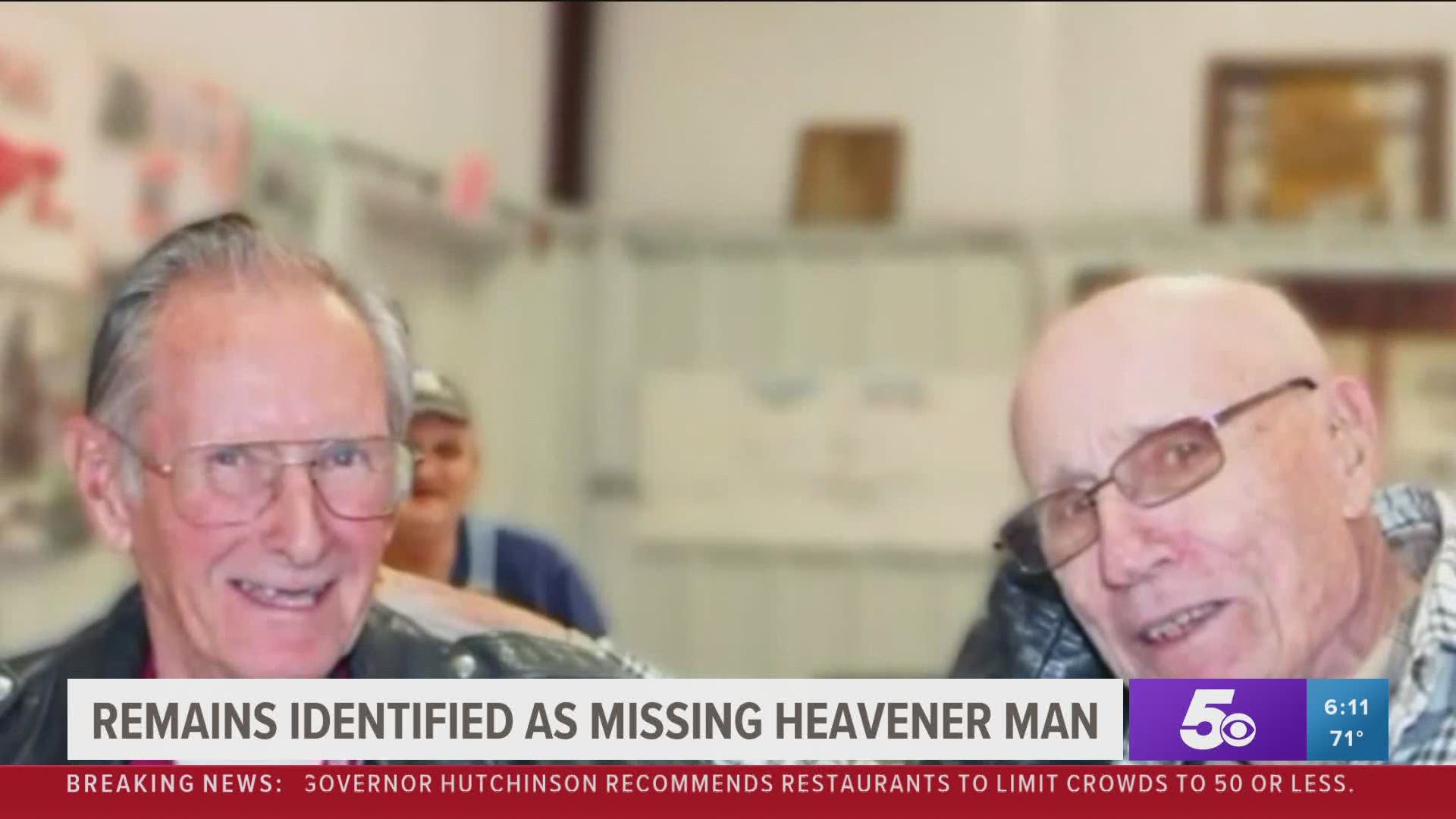 HEAVENER, Okla. — Human remains found earlier this month have now been identified 83-year-old Harold Snyder, who has been missing since last April.

According to LeFlore County Sheriff Donnie Edwards, the department got the call late Tuesday (March 17) from the medical examiner's office who confirmed the identity.

On April 10, Snyder went for a walk with his dog in Runestone State Park, but he never made it back home.

A homeowner in Heavener was riding his side by side on some land off of Highway 128 Thursday (March 5) when he found a human skull.

The cause of death is still under investigation.