What is the historical significance of Juneteenth? 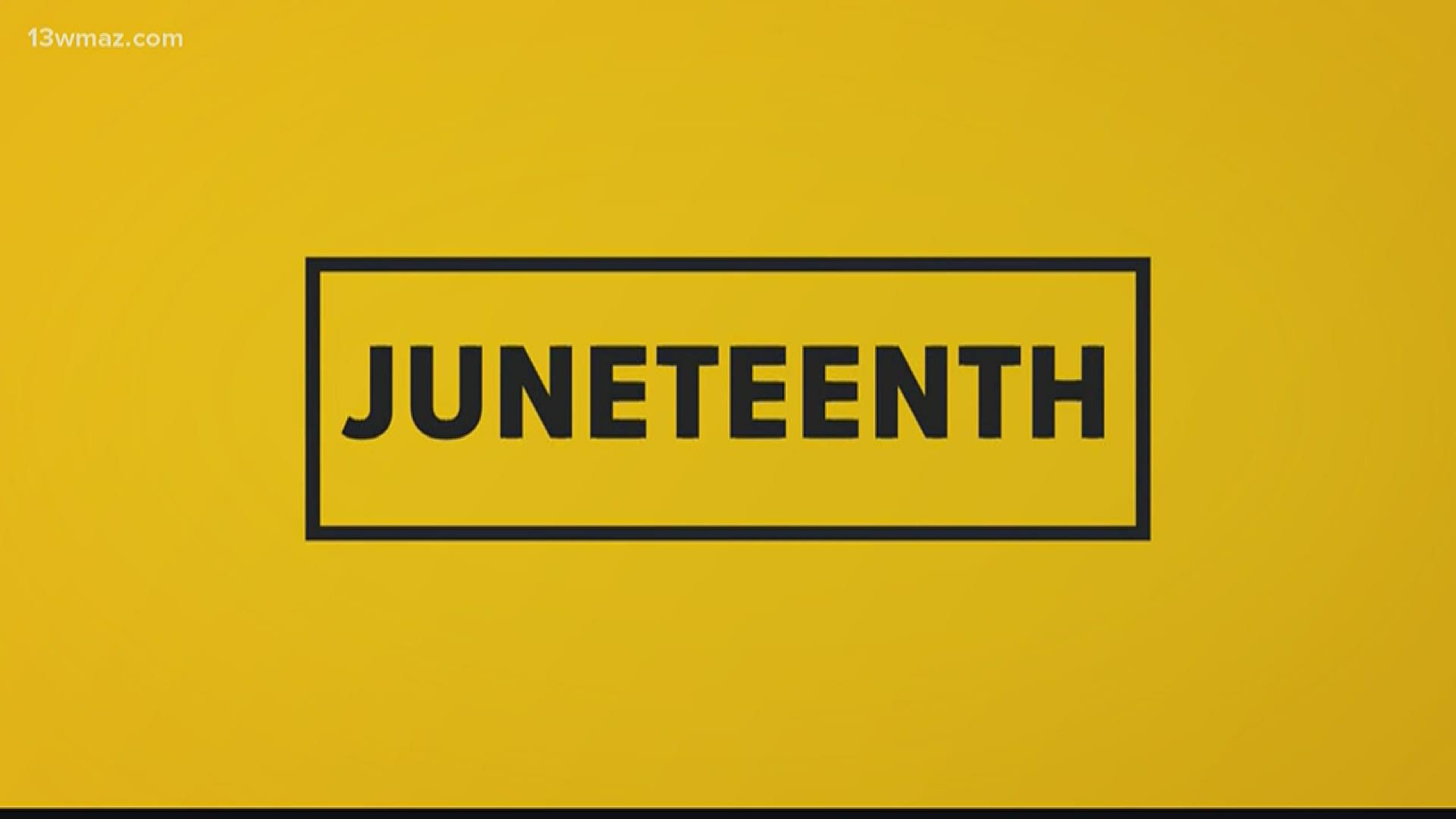 MACON, Ga. — It's likely that you'll hear about Juneteenth a lot on Friday, but what is it exactly?

George Muhammad, the co-founder of Macon's Juneteenth Freedom Festival, and his son Vinson honor June 19 as a historical breakthrough for African-Americans.

"Having been enslaved, having been robbed of so much of their humanity is not something you can sweep under the rug. It's something that has to be dealt with. We have to heal, we have to deal with truth," George Muhammad said.

"We study our heritage and legacy. We see that despite any attempt to downplay or to curb the focus of freedom, justice and equality despite any of the attempts...we've always found a way to persevere," Vinson Muhammad said.

"June 19, 1865, is the day in Galveston that General Granger announced to the enslaved people that they were now free. The significance of this day, this is the last known date that the announcement of freedom was given formally with the Emancipation Proclamation," Jackson said.

President Abraham Lincoln signed the proclamation on January 1, 1863, but it took over two years for Union soldiers to enforce rule in rebellious states.

"In late April, early May 1865 after the city of Macon was taken, there was a formal announcement like there was in every community in letting the enslaved people know that they were now free, and then June 19, 1865 is how long it took for them to get to Texas," Jackson said.

"We have to deal with the fact that black people are being brutally murdered in the streets everyday in this country and that hatred rages. A lot of it is because of ignorance and I think that Juneteenth can help white people, can help Latino people, can help Indian people, can help all people to understand the plight that has happened," George Muhammad said.

"Our right and our duty as human beings and as people is to make sure that all people are free of oppression," Vinson Muhammad said.

Macon's Juneteenth Freedom Festival is celebrating it's 28th year, but the events are being held online due to COVID-19.

For a list of their virtual events you can find it on their webpage juneteenthmacon.com.

What is Juneteenth? Marking the end of slavery in America

These states now recognize Juneteenth, but what are their other holidays?