'You're not alone': For Arkansas musician, mental health is center stage

After dealing with the death of her drummer, father, and going through a break-up all in one month, Townsend turned to therapy. She says it was the best choice. 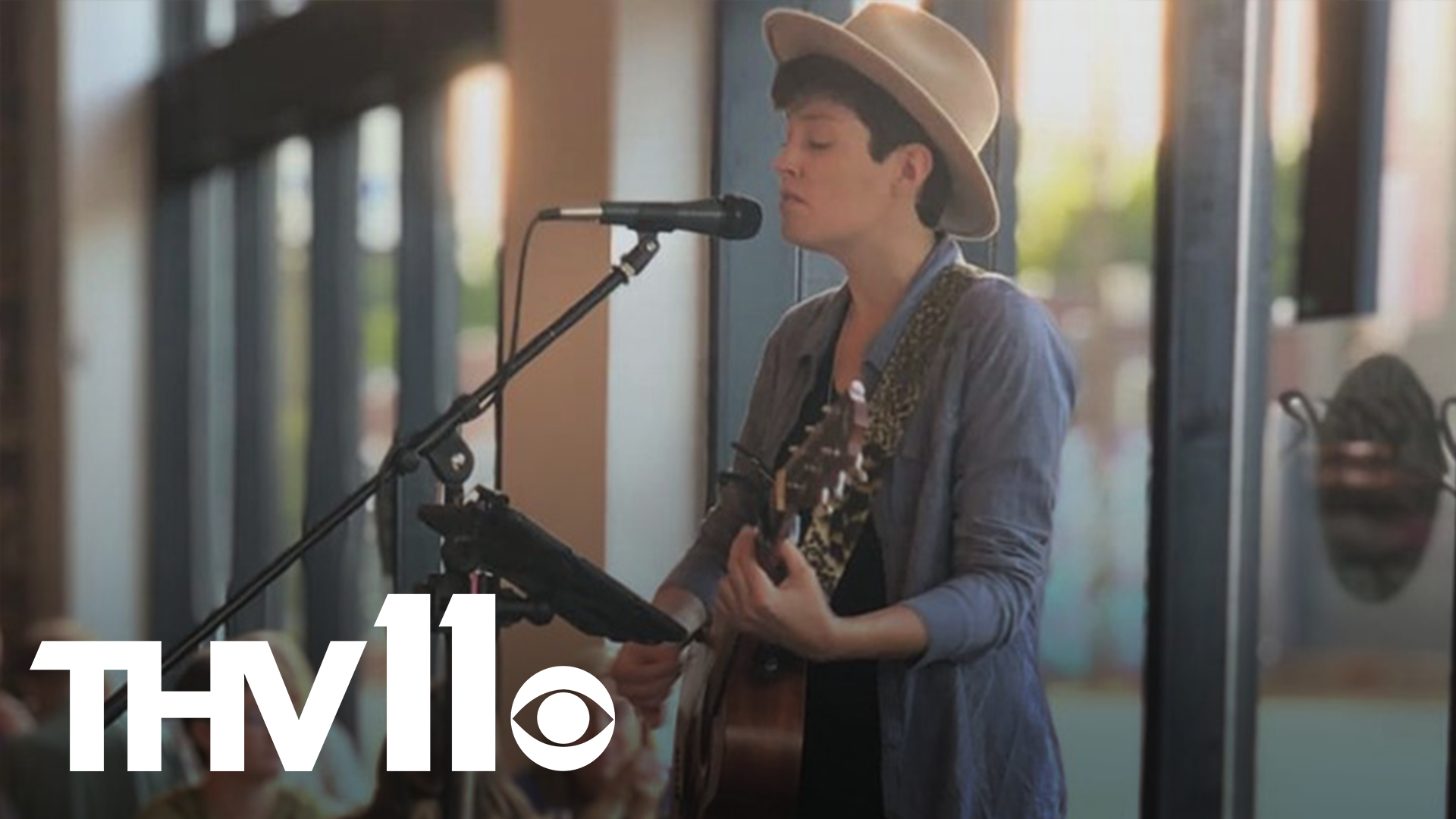 CONWAY, Ark. — An Arkansas musician is on a mission to remind people that, no matter their struggles, they do not have to face them alone.

Townsend is a Pine Bluff native and University of Central Arkansas graduate who has played music her entire life.

"I'm a musician and Arkansas a singer-songwriter," she said. "And my passion is just spreading hope and love and letting people know that you're not alone."

Now known for her covers, originals, and Americana style, Townsend's music career started as a punk rocker in college. Then, tragedy struck.

In 2016, her friend and drummer, Terrence Richardson, died in a car wreck. In the same month, she lost her dad and went through a breakup.

"So I hung it all up," Townsend said. "I was done playing, decided I don't want to do music anymore. It was just world-crushing. Everything ended and the road got swept out from underneath me."

She tried to fix herself and later realized that was a mistake.

"I realized we weren't meant to do this alone. And it was like a slap in the face —  my 'aha!' moment, so I called up a therapist. I went and saw her, and it was the best choice I've ever made," Townsend said.

"She used the analogy that what I went through was like a bird's nest — all tangled and knotted. And I needed somebody to get one string and just pull it out and get all those knots out and to help me untangle that big knotted just mess of a bird's nest."

Part of that untangling included picking up a guitar once again. The release of "Show Me Home" marked a new beginning.

As Townsend's music career has evolved, she has stayed true to her mission. In 2019, she launched the "You're Not Alone" live stream series.

"I started doing live streams once and then twice a month covering a vast array of topics regarding mental health, and just how people are striving and thriving," she said. "And the point of it is to help everybody feel a little less alone because we weren't meant to go through life by ourselves."

The videos have reached thousands, and they have allowed Townsend to help people one-on-one when they need it most.

"I'm still learning, and it's been quite the journey," she said. "But it's been amazing meeting other people and knowing that I might change somebody's life along the way."

As she continues to share music, Townsend said she is not focused on fortune and fame.

"My goal is just to ride the waves as they come," she said. "I feel like this has been set in my lap for a reason, and people reach out to me for a reason. Maybe my story was meant to be heard and meant to change lives. And what's a story if you keep it to yourself?" she said.