US adult obesity at highest level ever recorded; Arkansas and Oklahoma rank in top five

Arkansas currently has an obesity rate of 37.4%, the third-highest in the nation. 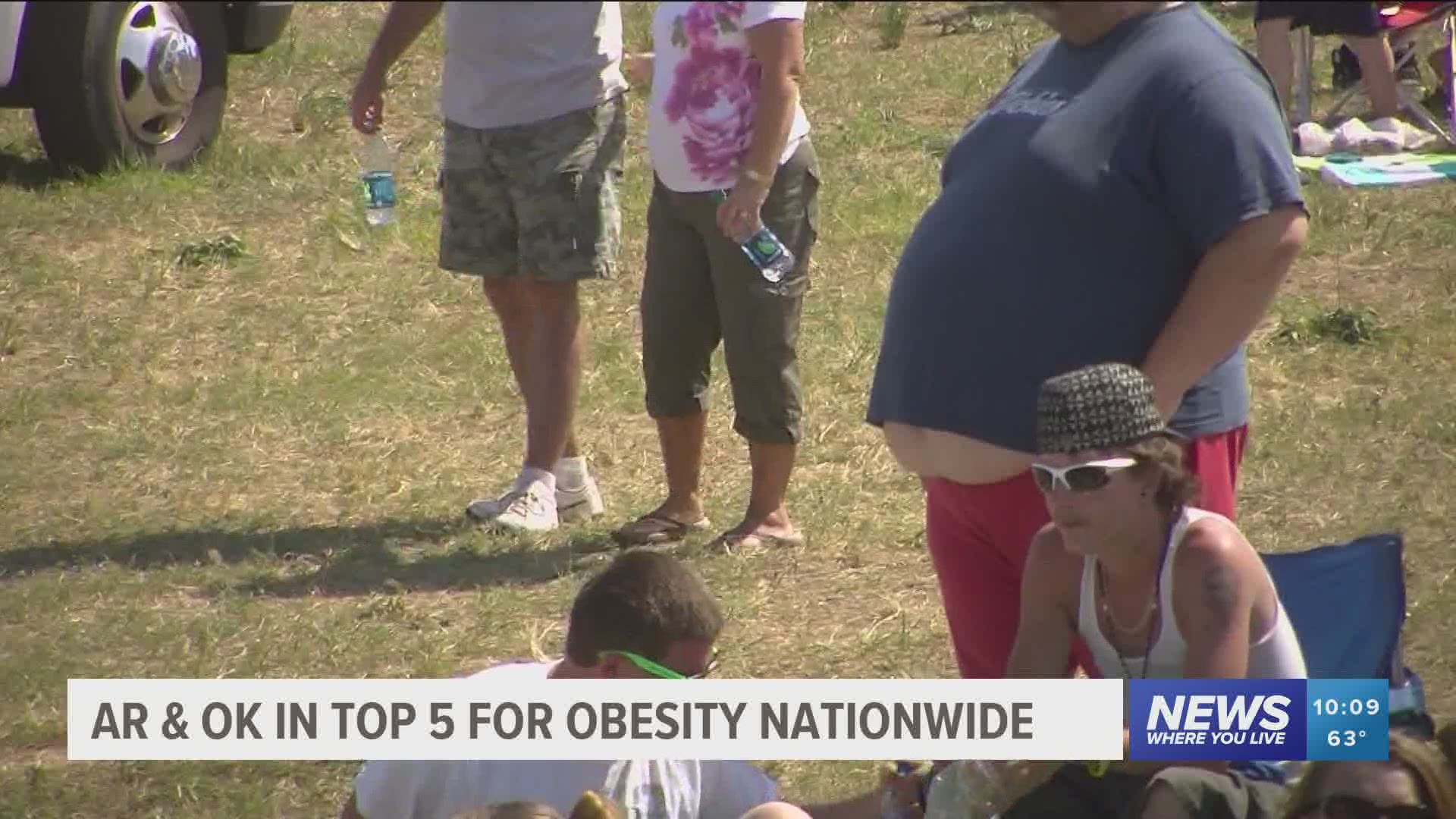 According to the 2020 State of Obesity report by the Trust for America’s Health, 12 states, including Arkansas, now have adult obesity rates of 35% or greater, and the nation’s adult obesity rate has risen to 42%, the highest ever recorded.

The study notes that obesity can lead to several health risks including type 2 diabetes, high blood pressure, stroke and many types of cancers. Obesity can also be an underlying health condition that can affect someone with COVID-19.

Arkansas was among only three Southern states experiencing an increase of less than 5% in adult obesity rates from 2014 to 2019.

According to ACHI, surrounding states Mississippi, Tennessee and Missouri experienced increases of greater than 15% in adult obesity rates since 2014.

Arkansas currently has an obesity rate of 37.4%, the third-highest in the nation. Oklahoma is right behind as fourth-highest with a rate of 36.8%.

More than 70% of adults in both Arkansas and Oklahoma are either overweight or obese, according to the report.

The most obese state, according to the report, is Mississippi. D.C. and Colorado tied for the lowest obesity rate.

The report states that obesity is taking a toll on the nation’s security, stating that “the proportion of active-duty service members who have obesity has risen in the past decade — along with healthcare costs and lost work time.”

The report cites Mission Readiness, a nonpartisan group of more than 700 retired admirals and generals, who have found that excess weight prevents one in four young adults from qualifying for military service.