Most testing sites in the River Valley require that you have an appointment before you get tested. 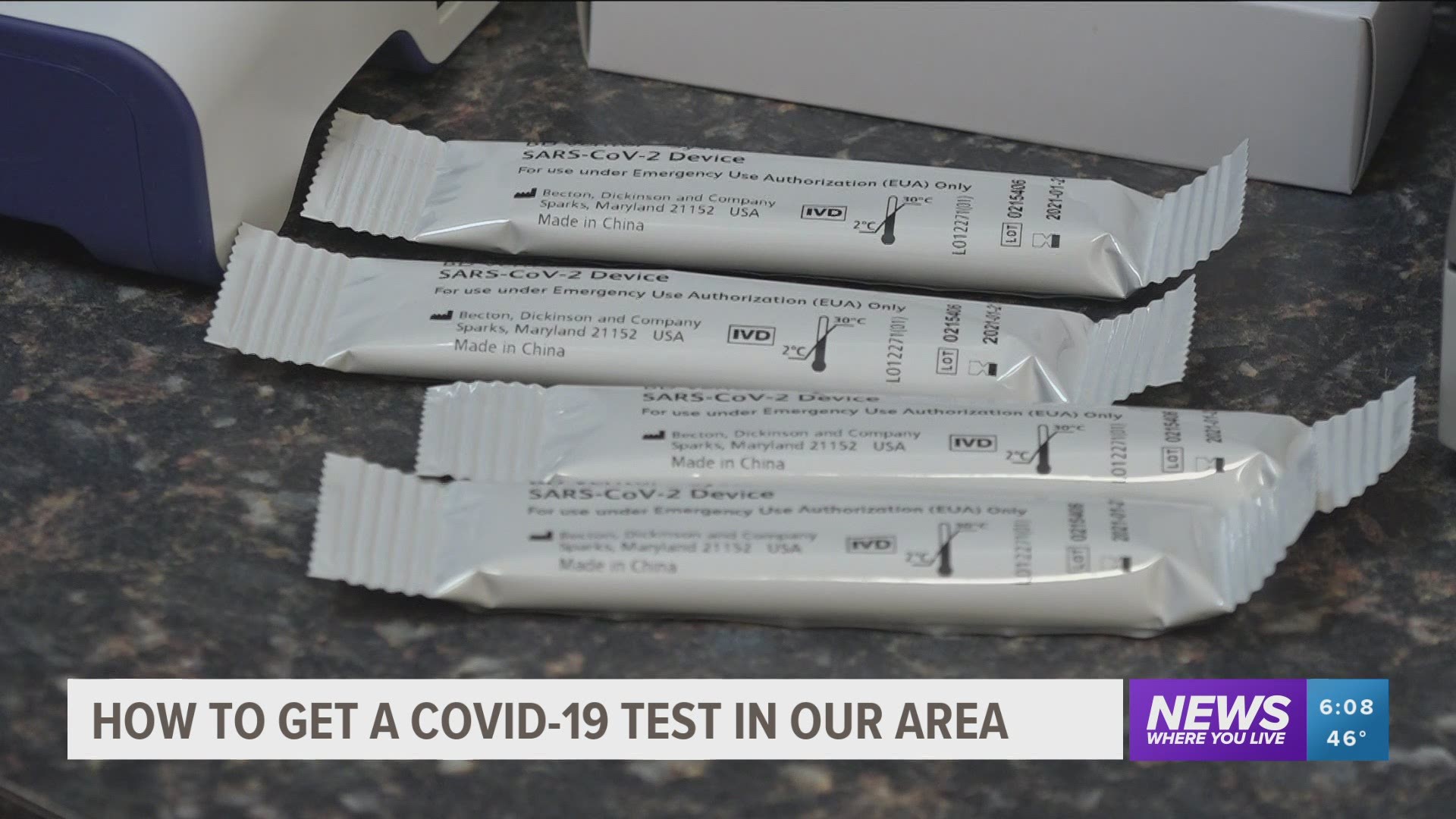 You do not have to be a patient and all they ask is that you call any of the locations to make an appointment. If they have enough staff and supplies you could get tested the same day.

“No symptoms are required. We did that from the very beginning because there were so many asymptomatic patients who were testing positive that did not have any known exposures or symptoms, so we wanted to make sure it was available for everybody,” said Liz Donahue with  River Valley Primary Care.

Donahue says from May to August they did mass drive-thru clinics and did 8,000 tests but quit once school started back and our case numbers started getting smaller. Then their staff was starting to get sick causing them to need to keep their staff to work at their clinics.

“In that time frame school started back and cases dwindled in a way but what happened to us is our staff started having people test positive as well and do to that we needed to have as many people in the clinics, so we pulled back from the mass public test sites and offered it more in the clinic every day,” Donahue said.

Mercy Hospital has a drive-thru testing site setup at Ben Geren Regional Park but they also require you to call to make an appointment. They are now testing every day of the week.

“We had Saturdays and Sundays just for our surgical pre-op testing but because of the high demand in the recent weeks we are scheduling patients even on the weekend,” said Amy Fore, Chief Operating Officer for Mercy Clinics in the Fort Smith Communities.

Fore says they know it can be difficult to get through to the hotline to schedule an appointment. She says they’ve seen a huge increase in call volume, especially over the last few weeks.

“Really a lot of it is just general questions in the community, also individuals needing to talk to someone about their symptoms and so it is and we apologize for the delay in response,” she said.

If you have a Mercy primary care doctor, Fore encourages you to reach out to them for an easier option to see if you need to be tested.

You can call the River Valley Health Support Hotline at 479-289-6508 to schedule an appointment with both Mercy and Baptist.