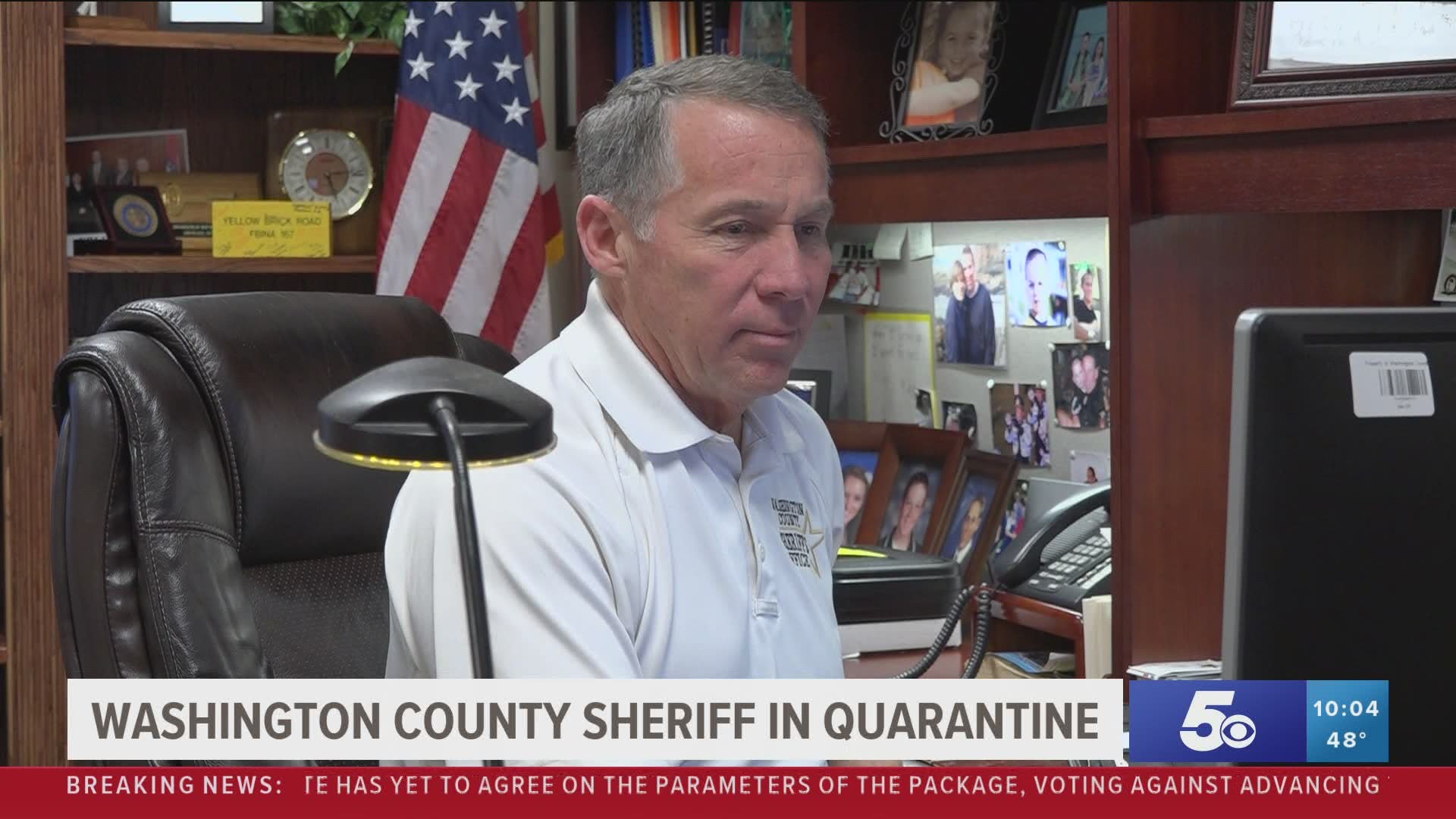 WASHINGTON COUNTY, Ark. -- Washington County Sheriff Tim Helder took to Facebook on Saturday (March 21st) to announce he will be self-quarantined for at least 14 days. The news comes after his son tested presumptive positive for COVID-19.

According to Sheriff Helder, his son lives out of state and had traveled home to spend time with his grandfather in hospice. When he arrived on Tuesday (March 17th), he stopped to visit another family member and began feeling like he might have a fever. To stay on the safe side, Sheriff Helder says his son immediately quarantined himself and had no further contact with other family members. The family member he visited has also self-quarantined.

Sheriff Helder says since being home, his son has taken all necessary precautions recommended by the Centers for Disease Control and Prevention (CDC) to prevent the spread of COVID-19. Sheriff Helder and his wife have also entered self-quarantine. Sheriff Helder was tested for COVID-19 on Saturday, and has not received the results as of Sunday (March 22). He says he and his wife are not showing any symptoms. His son suffered minor symptoms, and is now symptom free.

Sheriff Helder says he has only been in contact with staff via phone over the past week, and there has not been any exposure of the virus to the Sheriff's Office.

While Sheriff Helder is under quarantine, Chief Jay Cantrell will continue running day-to-day operations at the Sheriff's Office.