The COVID-19 vaccine does protect against the delta variant. 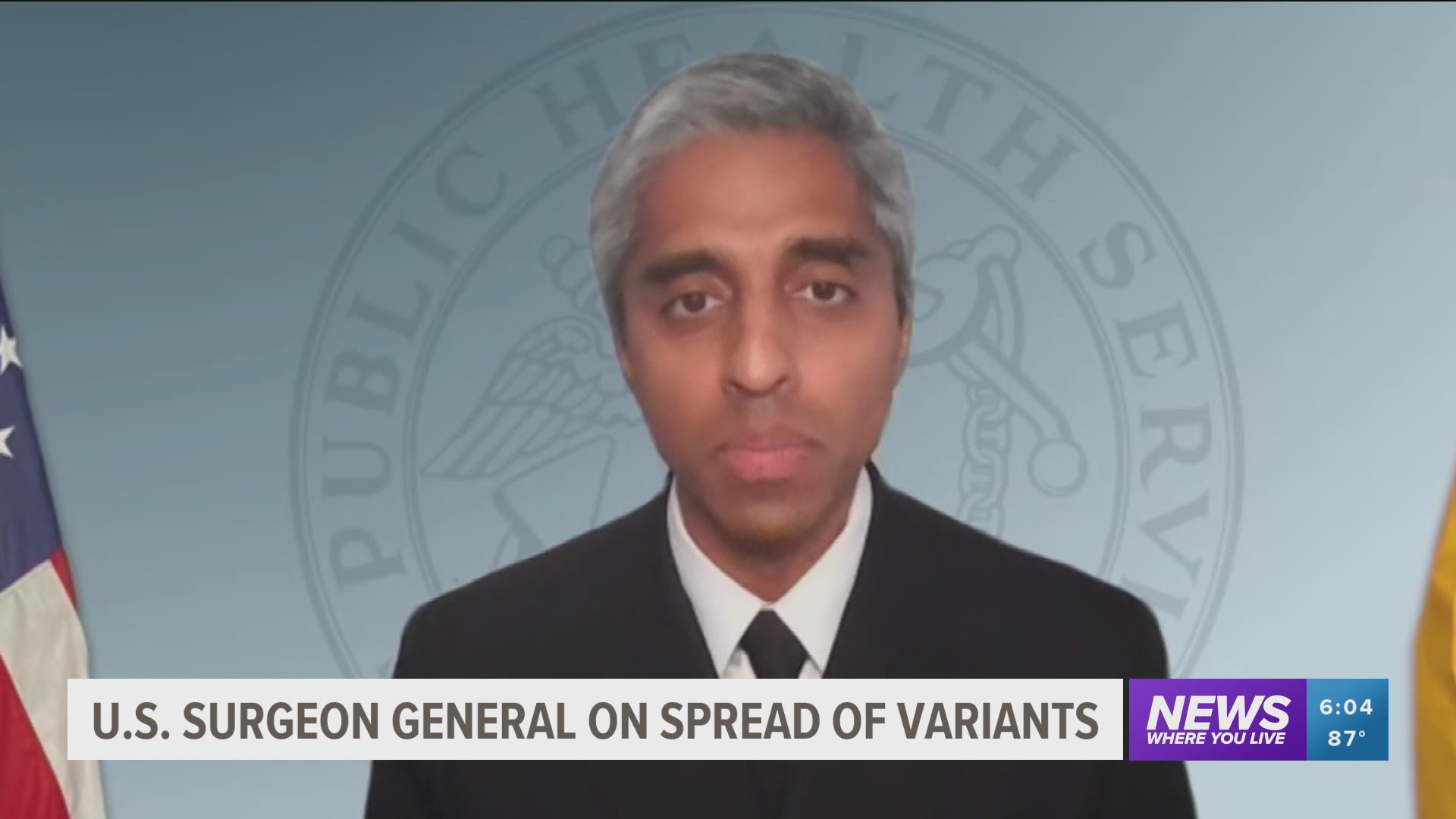 ARKANSAS, USA — The U.S. Surgeon General is warning about a new variant that’s causing concern in the U.S. and is encouraging the unvaccinated to get the vaccine. The delta variant that was first found in India now makes up for about 6% of cases here in the U.S., and that number is quickly increasing.

“This is obviously very concerning. There is also some initial evidence might also be, the delta variant might be more dangerous in terms of causing more severe disease,” Dr. Vivek Murthy said.

U.S. Surgeon General Vivek Murthy says they believe the delta variant is even more transmissible than the U.K. variant, but he says the good news is the vaccines we have are effective. He says two doses of the Pfizer vaccine give you 88% protection against the variant, and one dose gives you 33% protection. He says the key to protecting yourself is getting vaccinated.

“We’ve lost nearly 600,000 people, fellow Americans, to this terrible virus. That includes members of my own family. I’ve seen upfront just the terrible toll this virus can be and that it is actually much much worse than the flu and other viruses we’ve dealt with in the past,” he said.

The surgeon general says two-thirds of unvaccinated people believe myths about the vaccine. The Arkansas Department of Health says that’s why there is still vaccine hesitancy in our state. Dr. Jennifer Dillaha says some people in Arkansas are so firmly convinced that some of the misinformation out there is true that they are unwilling to reconsider their point of view on the vaccine.

“I think it’s important that people take this opportunity to reconsider their belief or understanding about the safety and the effectiveness of the vaccines. They may end up reconfirming what they already believe, but on the other hand, they might learn something new that would change their mind,” she said.

In the U.S., we’ve seen an 80% decrease in deaths in seniors since the vaccine became available.

Almost 40% of Arkansans 12 and older are fully vaccinated, and another 10% have had one dose of the vaccine.

RELATED: EXPLAINER: The US investigation into COVID-19 origins

RELATED: Arkansas students who are vaccinated no longer have to quarantine if exposed to COVID-19