Arkansas is putting a hold on ordering more vaccines to combat future waste. 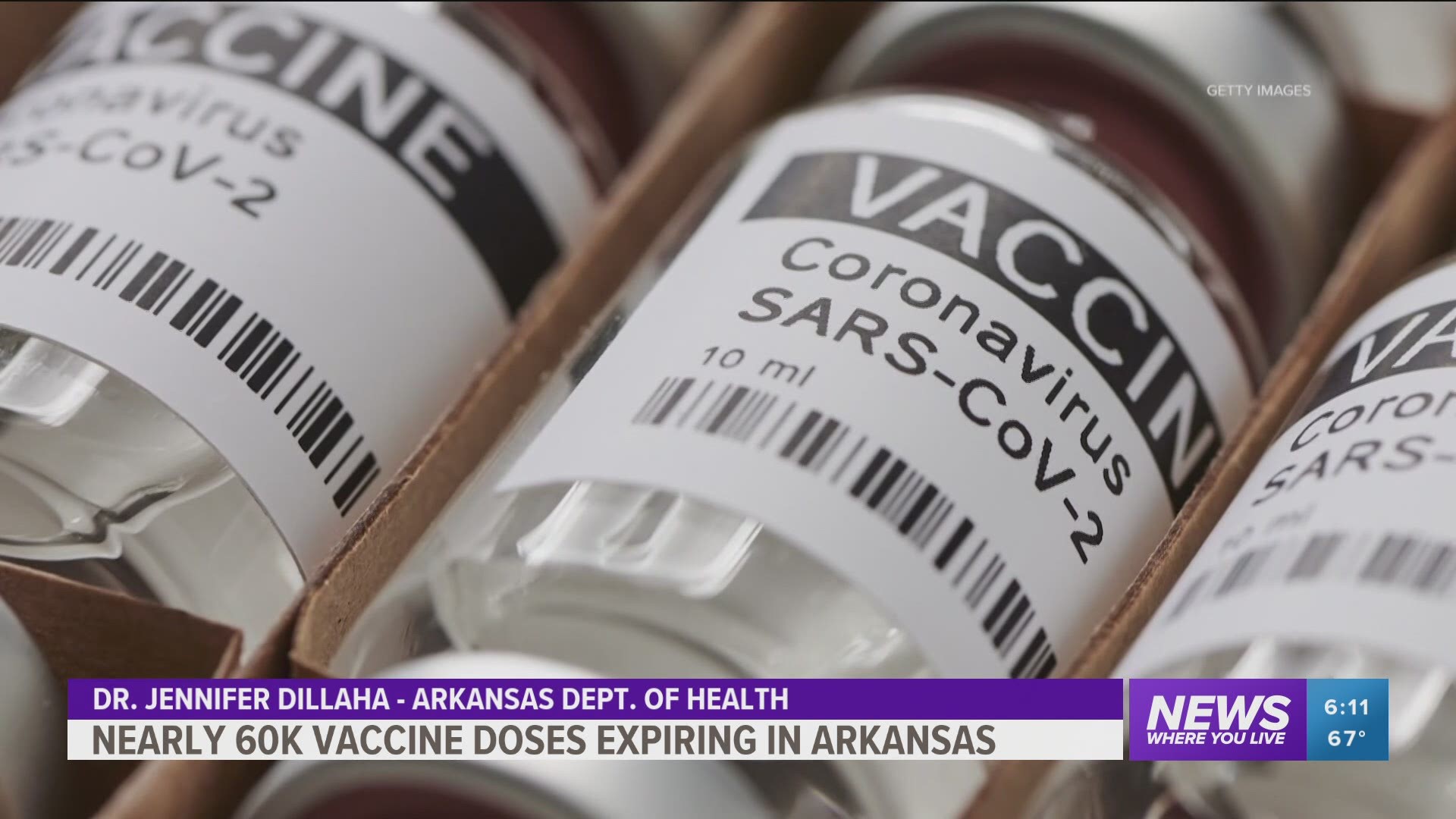 Low demand for vaccines could cause Arkansas to waste thousands of doses if not used by the end of the month.

Arkansas could be wasting nearly 60,000 doses of the Johnson and Johnson vaccine. This comes as the state pushes new incentives to get more people vaccinated.

State Epidemiologist Dr. Jennifer Dillaha says, “each one of them is nearing the shelf life.”

Arkansas is putting a hold on ordering more vaccines to combat future waste.

“We are trying to use the vaccine that we already have available in the state,” Dr. Dillaha said.

Pharmacy’s like Coleman Pharmacy in Alma has seen a drop in demand for all vaccines. But as for the Johnson and Johnson, Justin Boyd, the pharmacist in charge at Coleman Pharmacy, says, “I would say it is the least in demand. But I want to be clear. There is demand.”

Medical Arts in Springdale say pharmacies are working together to get vaccines in arms. “We are trying to use our connections to find places that need it, so it doesn’t go to waste,” said Medical Arts Pharmacist Julie Stewart.

To combat waste, the state announced incentives for people to get the vaccine. Yesterday was the first day people could pick their rewards from their local health departments.

“We know that 122 people yesterday went and one of the lottery scratch-off tickets,” Dr. Dillaha said. She continued saying,” Twenty-two people picked up the Game and Fish commission gift certificates.”

That number totaling 144 people statewide. As for the effectiveness of the program, Dr. Dillaha says it’s too early to tell.

However, health officials say their message remains the same. Incentives or not. “The more people that we have immunize, the more protection we will have for all of us,” Boyd said.

Pfizer and Moderna doses are nearing their shelf-life as well. Doses for those vaccines are expected to expire by the end of July.

RELATED: Got vaccinated? A major retail chain is offering a $1 million prize