Moderna's news comes days before the expected authorization of Pfizer's vaccine for children 12-15 in the U.S. 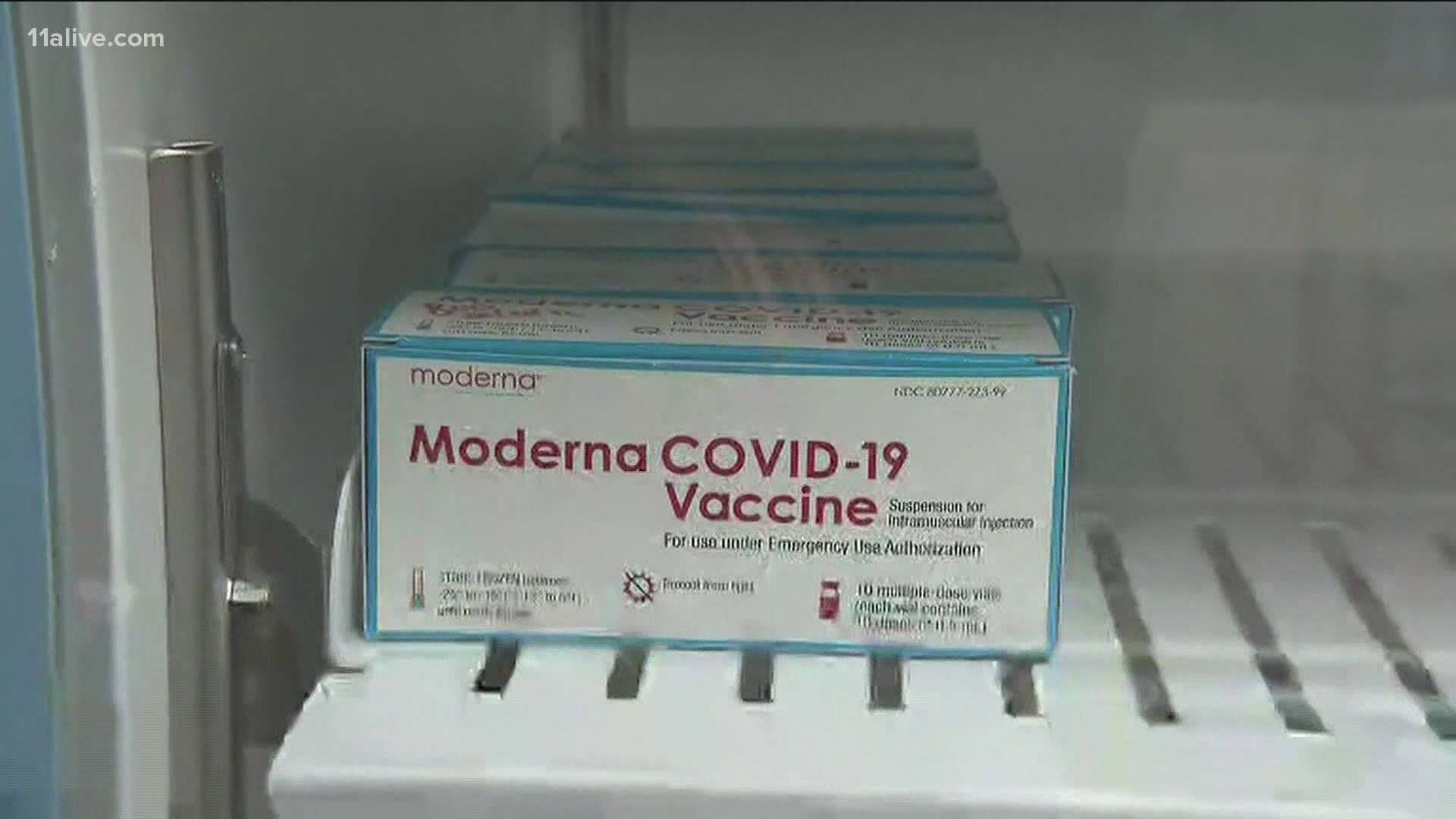 Moderna says its COVID-19 vaccine is 96% effective in children ages 12 to 17, the pharmaceutical company announced in an investor call Thursday. The news comes as the U.S. is expected next week to authorize a vaccine by Pfizer for children ages 12-15.

President Joe Biden on Tuesday set a new vaccination goal to deliver at least one shot to 70% of adult Americans by July Fourth. Demand for vaccines has dropped off markedly nationwide, with some states leaving more than half their available doses unordered.

The CDC said Thursday nearly 252 million doses of vaccine have been administered in the U.S., with 32.8% of the total population fully vaccinated and 45% receiving at least one dose. Those numbers are expected to go up once parents are able to start vaccinating their younger children.

Moderna and Pfizer require two doses for their vaccines. Johnson & Johnson requires one. No other vaccines have been authorized in the U.S. AstraZeneca said last week that it intends to seek U.S. authorization for its COVID-19 vaccine in the “coming weeks," acknowledging a delay in the much-anticipated filing that had been expected by mid-April.