Lindsey Goodwin’s father was diagnosed with polio at just 11 months old. She says his diagnosis and years of battling the disease motivated her to get the vaccine. 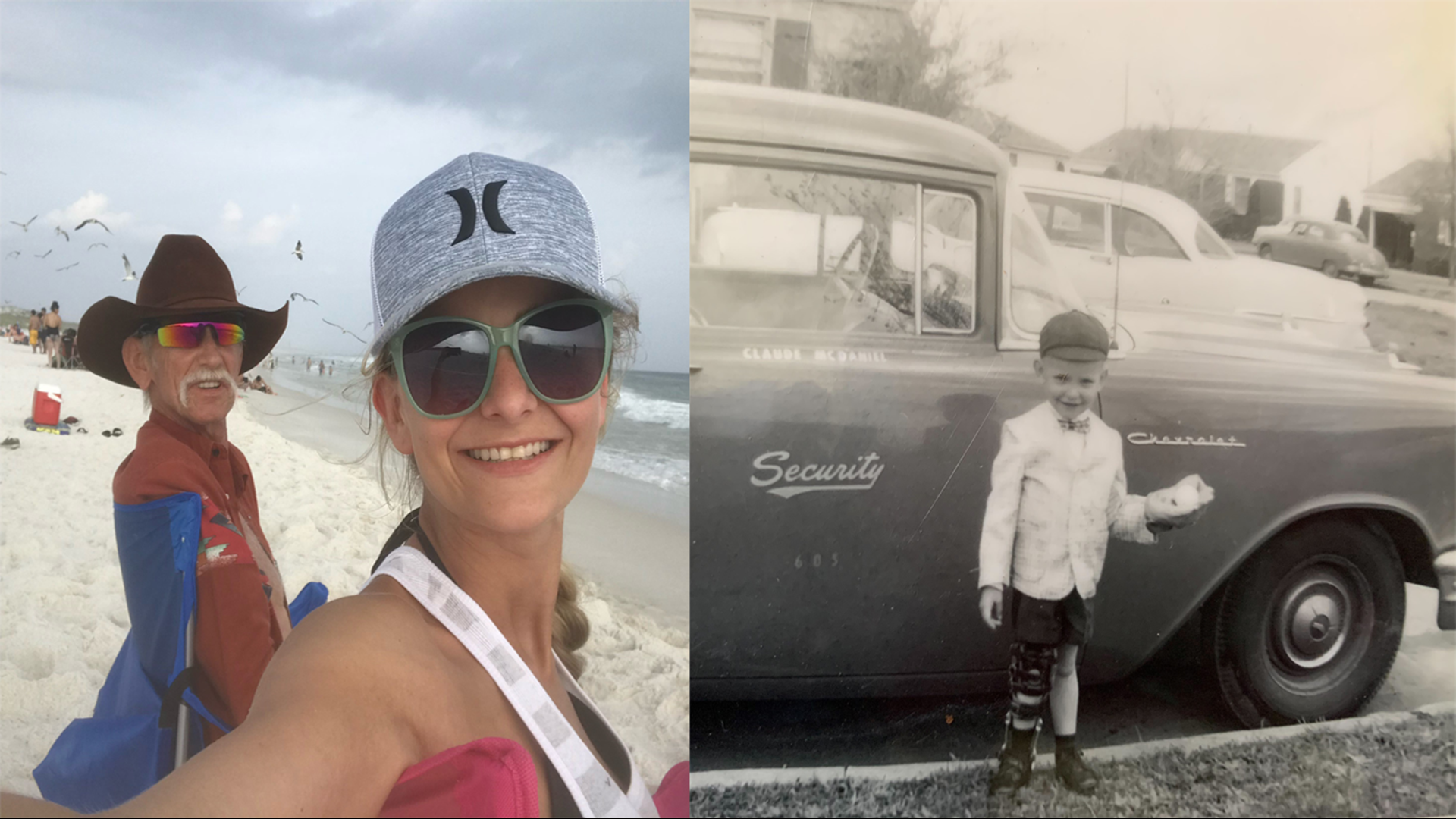 ALMA, Ark. — With as fast-paced as our world has become, last year can feel like a decade ago, and what happened in the 20th century is relegated to history books. But as 5NEWS continues the conversation about why people are choosing to get the COVID-19 vaccine or not, a young wife and mother from Alma recounted her father’s experience with a life-threatening disease just 60-some years ago and how it impacted her decision to get vaccinated.

“My dad was born in 1954, and he was diagnosed with polio at the age of 11 months. He had just started walking,” said Lindsey Goodwin.

Lindsey Goodwin’s father, Scott McDaniel, spent the first decade of his life growing up in Mountainburg, in and out of hospitals, undergoing multiple surgeries, in a lot of pain, and wearing a brace.

“He was actually a lucky one," Goodwin said. "He’s still able to walk today, which is a miracle."

The 31-year-old considers her dad a medical marvel and says he wishes he would have had the chance to get vaccinated before getting sick.

“I know there’s a lot of skepticism around [the COVID-19 vaccine], and for me, it was a personal choice because I’ve seen this disease that impacted my father be completely eradicated from the United States, likely due to the vaccination that was released,” Goodwin said.

Goodwin’s family history was a driving force behind her own decision to get the COVID-19 vaccine, especially after giving birth to her daughter just weeks before the pandemic began in early 2020.

“She’s so little, and this world that we’ve lived this last year is the only world she’s known,” Goodwin said. “My dad and my mom, people that I wanted to be really close to my newborn, weren’t able to do that because we were all frightened.”

Goodwin, her husband, and three children all ended up getting COVID-19 in February 2021. A few months later, Goodwin got the Johnson & Johnson vaccine, just days before the CDC announced a pause.

“Really felt fine. I didn’t have any sort of adverse reactions to the vaccination other than a sore arm, and what was really it,” Goodwin said.

Goodwin says she kept an eye out for any possible symptoms linked to the rare blood clot issues until she knew she was in the clear but didn’t panic.

“We’ve got some really advanced medicine and technology available to us that unfortunately wasn’t available in the 50s, and thank God it is today,” Goodwin said.

Goodwin says she’s thankful a COVID-19 vaccine came so quickly, something her father, as a polio survivor, also chose to get.

“He was thrilled about it. And once he received his second vaccination, you know, there was just that feeling of relief,” Goodwin said.

When it comes to getting vaccinated, Goodwin recommends everyone talk to their doctor and do their own research.

“Don’t rely on things that you see that are shared on social media,” Goodwin said. “Each person has their own reason to make a decision, and whatever it is, it needs to be your decision.”

While Goodwin is an advocate for getting vaccinated, she says her husband is more reserved and has chosen not to get the shot at this point, but she hopes he will. She also says when her 11-year-old son turns 12 in a few months, they will definitely consider getting him vaccinated at that point.

RELATED: River Valley woman explains choice to not get COVID-19 vaccine while shots are not fully FDA-approved

RELATED: Fort Smith man among first in the world to get COVID-19 vaccine as participant in Moderna trial

RELATED: River Valley APRN gets vaccine after caring for COVID-19 patients throughout the pandemic