In addition to personal allotments, rapid antigen testing suppliers have allowed clinics in the city access to 8,000 more tests. 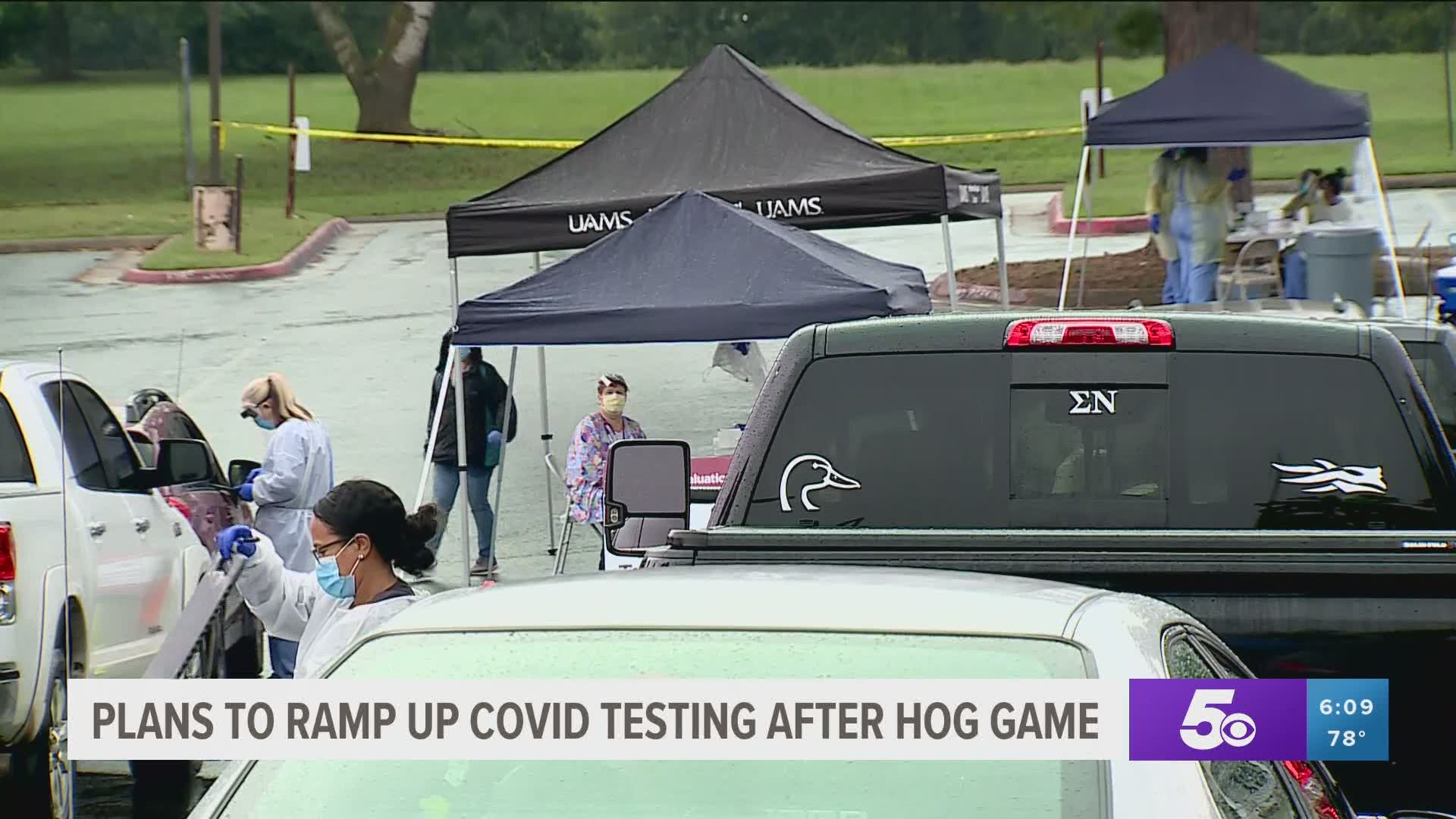 FAYETTEVILLE, Ark. — The City of Fayetteville and the University of Arkansas are preparing to ramp up COVID-19 testing after Saturday’s (Sept. 26) big game if needed.

Even with restrictions in place and limits on attendance at Razorback Stadium, a good turnout is expected for the first game of the football season.

“We’re just trying to get everyone well-stocked and prepared for the next four to six weeks which the modeling suggests we’re going to have, unfortunately, be seeing increased cases here in northwest Arkansas," said Marti Sharkey, Fayetteville Public Health Officer.

In addition to personal allotments, rapid antigen testing suppliers have granted clinics in the city access to 8,000 more tests.

“Nobody should run out of antigen tests and restrict what they are doing testing wise," Sharkey said.

Meanwhile, on the University of Arkansas campus, a spokesperson says the Pat Walker Health Center is well equipped.

“Obviously this date has been circled on their calendar and they’re prepared for that going into next week," said John Thomas, Manager of University Communications.

While the university has the standard PCR tests available, the Pat Walker Health Center is not equipped for rapid antigen testing just yet.

“The ADH is going to be supplying those machines and the necessary supplies. So, we’ll know more about that once that’s available and how much is available," Thomas said.

Sharkey wants to remind people that antigen tests are for those showing symptoms.

“If you’re in contact of somebody or we’re in a setting where you’re worried and you just want to get a test and you're asymptomatic then the PCR test is the one that you need not the rapid antigen," Sharkey said.

With that in mind, health officers say the best defense against COVID-19 is still wearing a mask, hand washing and social distancing.

According to the university's latest update on its COVID-19 dashboard, there were 19 new positive cases confirmed this week with a total of 115 active cases on campus.