UAMS announced that all employees will be required to receive their first shot by Dec. 5th and be fully vaccinated by Jan. 4th 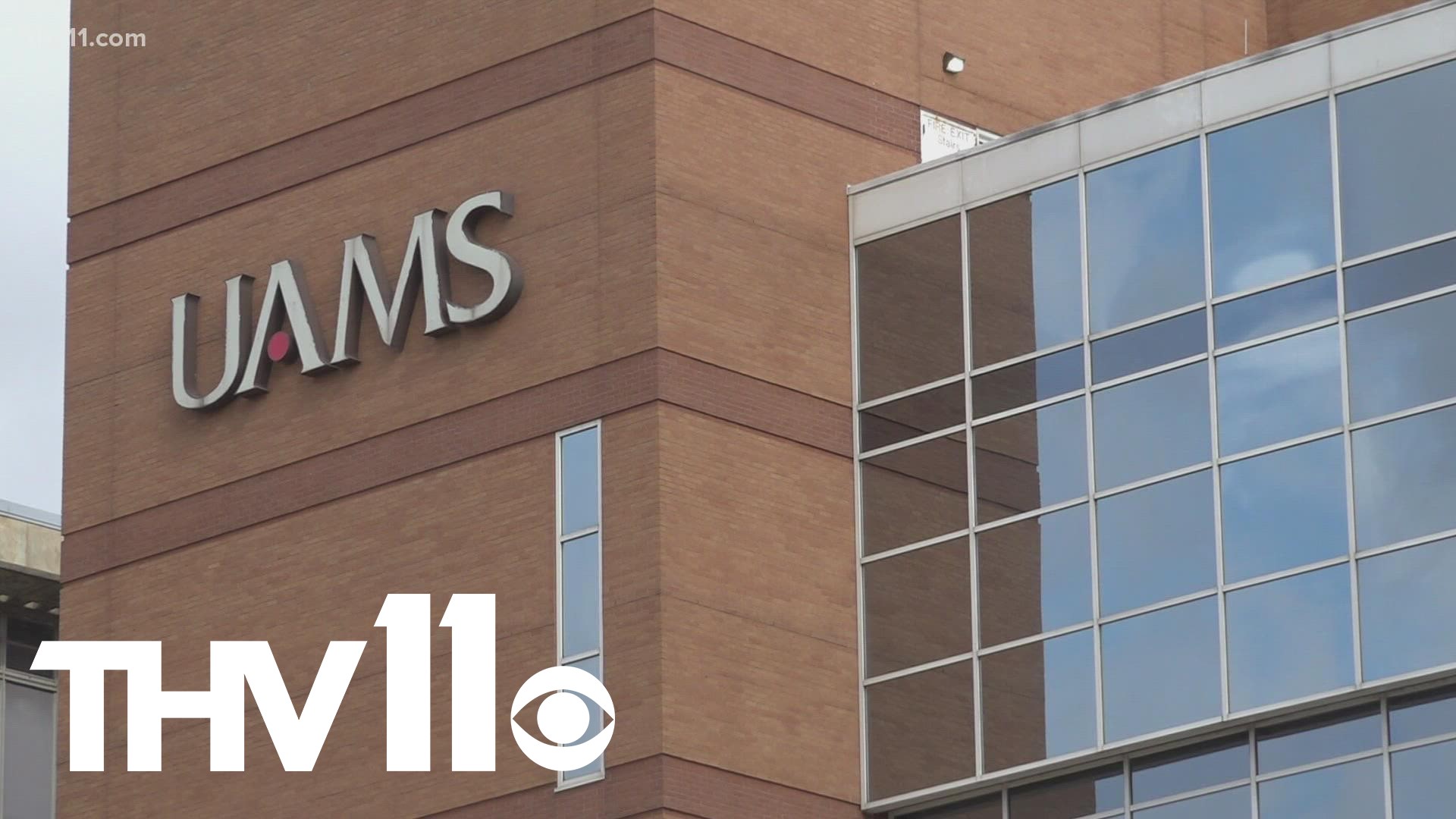 LITTLE ROCK, Ark. — UAMS announced through a memo this week that all employees will be required to get the COVID-19 vaccine.

It's a step to keep the hospital from losing millions in funding, but it's also put UAMS at odds with lawmakers – some have even said this breaks state law.

In that letter, Dr. Patterson said:

"Failure to comply may result in fines and the loss of CMS funding, which in the case of UAMS is more than $600 million a year. Loss of this money would force us to close programs in all of our mission areas."

That money, coming from the Centers for Medicare and Medicaid (CMS), equates to 60% of UAMS's total funding.

"It may be a matter that's going to be settled in the courts more than it would be, you know, here at the Capitol," he said.

Act 977 is the state law banning this, and goes into effect Jan. 1.

"What we do for one, we have to do for everybody. That includes the application of the law," Sen. Hammer said. "If the law says this is what you have to do, then that's what you've got to do."

With this, UAMS is caught between a rock and a hard place. Failure to comply means millions of Medicare and Medicaid dollars lost, but also means breaking state law.

"I think I would be remiss if I didn't look at it from their position, that they are looking for a way forward," Sen. Hammer said.

Employees would be required to submit a medical or religious exemption form by Nov. 23rd. After that, all employees must have their first shot of the vaccine by Dec. 5th, and must be fully vaccinated by Jan. 4th.

In his memo to employees, Dr. Patterson said he doesn't want any employees to have to leave over this, but fully understands if they do.

Sen. Hammer echoed that statement and said that's the most important piece here – losing employees that worked through the pandemic.

"The other thing we need to remember is these institutions are also the ones who came to us and asked for a lot of money early on," he said. "They've got the money, and now they're putting their hard working employees to the street. I think I'd rather work for an employer who'd stand up for me as an employee than yield to the federal government."