Early UAMS study results show 3.5% of Arkansans have been infected by COVID-19

The virus spreads so easily and is often mild, it's easy to think we may already have caught it, but early results indicate that's not likely. 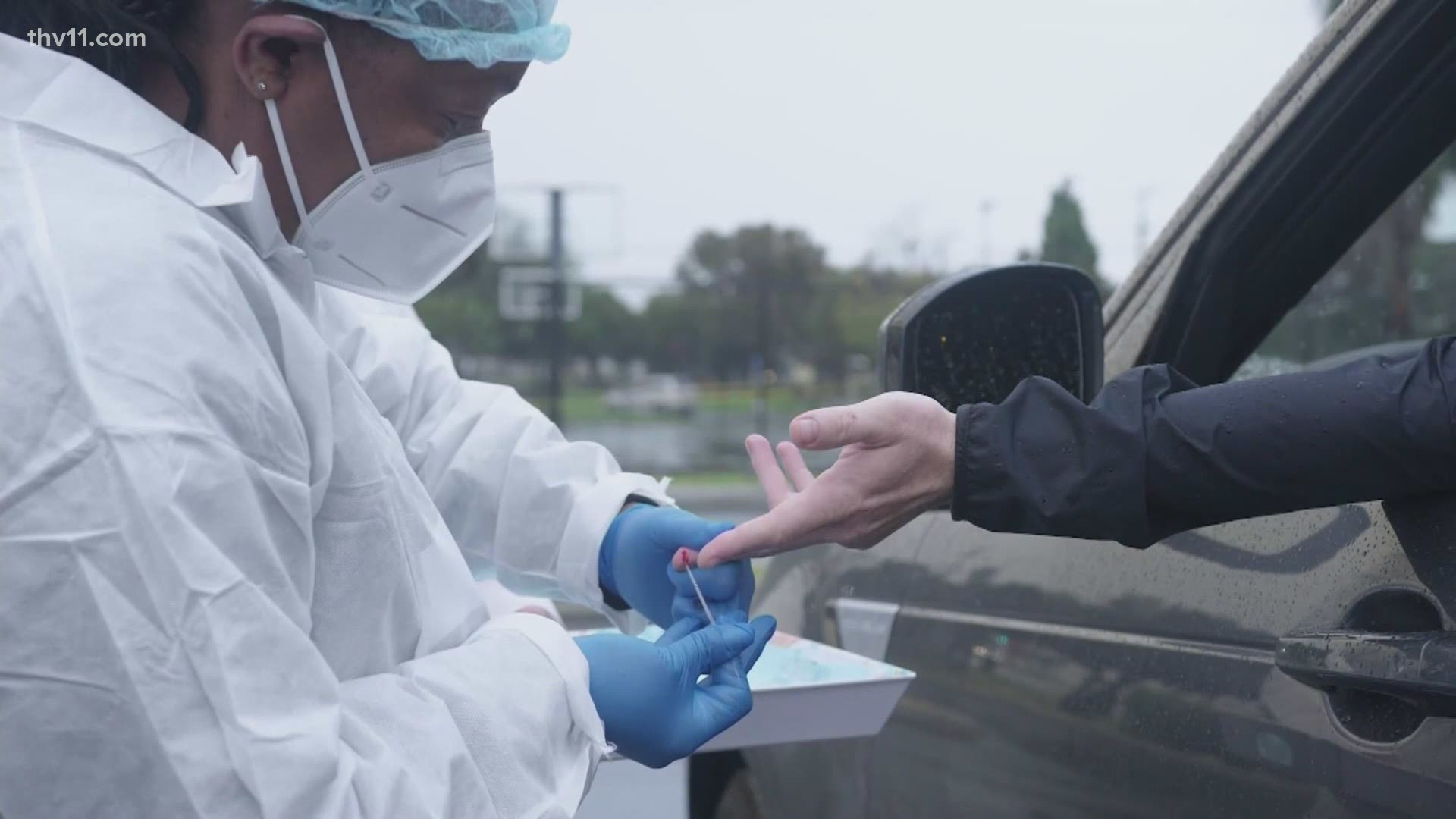 LITTLE ROCK, Ark. — Early results from an antibody study by the University of Arkansas for Medical Sciences show that the coronavirus has only infected 3.5% of the population in the state.

Throughout the pandemic, with most people feeling mild symptoms or sometimes no symptoms, many have wondered if they might have been infected and never showed up as a positive case.

With the current tally of confirmed cases above 100,000, that means 3 percent of the state's 3 million people definitely have or had it. The early results from the UAMS study indicate that not many more slipped by.

"It represents the fact that a lot of folks in Arkansas still haven't seen the virus yet," said Dr. Joshua Kennedy, an associate professor and co-author on the research team.

The study began collecting blood samples in July, including "remnant" samples from patients who visited UAMS clinics across the state.

After two months, they crunched the first wave of numbers and found 43 samples out of 1,220 positives for antibodies. That projects to the 3.5 percent figure and is only a half-point higher than the rate of confirmed cases.

"The thing that we need to understand is that if only three and a half percent of the state has been infected by this virus, there are a lot of us out there who think we might have had it and probably didn't," Dr. Kennedy said.

The implications are big.

It means millions of us remain fertile territory for the virus to land and spread.

Antibody studies early on in the pandemic hinted at all the cases we might be missing. At a time when testing was limited, the projections pointed to the futility of lockdowns since it appeared the virus had already spread too readily.

But testing has taken off since then, and the results of the latest antibody studies haven't changed much, including this one.

That brings us back to a familiar place.

The number of infections also indicates the state is a long way away from the controversial concept called herd immunity. The idea is that enough people already caught and survived an infection and so it stops spreading.

With so many of us still susceptible, the virus isn't dying out soon on its own - unless there's a major breakthrough.

Dr. Kennedy also notes how the scientific community needs to be transparent about vaccine development so that people trust it when it does arrive.

In the face of pandemic fatigue and mounting daily death counts, these small numbers can be depressing, but experts like Dr. Kennedy also leave room for optimism because they're small.

"These numbers are low for seroprevalence," he said. "Let's jump on this now when we have the opportunity to save lives."

The study is supported by $3.3 million in federal coronavirus aid that was then allocated by the Arkansas Coronavirus Aid, Relief and Economic Security Act Steering Committee created by Gov. Asa Hutchinson.